The most troubling section of the film was the duration Saroo spends in Kolkata. 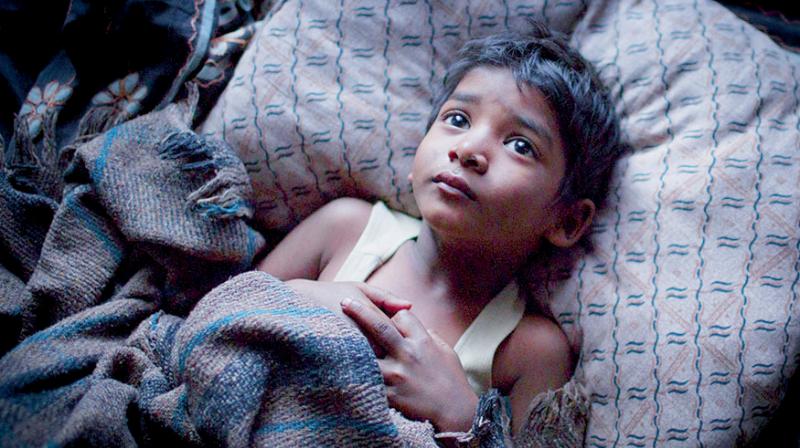 A still from the movie Lion
Rating:

The story of a lost boy who ends up being in Australia is interesting, and makes one wonder if that is where all lost kids end up. In the recent past, I have had the fortune of watching three films in the similar domain, Ottaal, Siddharth and Lion. Ottaal (2015) is an award-winning Malyalam film by Jayaraj about an orphan boy who ends up being in a bonded labour factory, Siddharth (2013) by Richie Mehta is an equally excellent film about a boy who goes missing, never to be found. Lion is however the story of a boy who does find his way back home.

The film ends with a message about how missing children is a big problem and the film too is making efforts to make things better. What I am more concerned about is do we really care about children? We see thousands of them begging on the streets in our cities. Hundreds of them are drugged and tortured to invoke empathy in the onlookers. As passersby we gradually become immune to these sights and they no longer move us, not even enough to part with the two-rupee coin in our pockets.

Dev Patel’s screen presence has become better, and one wonders if our lives are moving as fast as his. Sunny Pawar is interesting, and I wish the film does not leave a big impact on his persona when he grows up. He has seen and experienced some ugly places as a kid. Lion seems to be too dramatic at places and too dull at others. If this is due to an attempt to reimagine how the reality would have been, then it still is a big feat. I think the success of a film like this lies in the fact that it can help the viewer notice things again. It is also ironical since such stories can never be written unless they have happened in the first place, and you might call it fate or destiny or miracle that such a boy found himself all the way in Australia when there were a million other places where he could have been, and worst.

As a film it does not score much as the plot is loosely constructed and there is always a rushed sense of direction. If it weren’t for the exceptional cinematography by Greig Fraser, there wouldn’t be much to keep us engaged. Good cinematography is also a trouble sometimes, it presents a very polished image and as viewers we immediately put ourselves at a distance from it. The same is true for music, the sound of the film becomes obvious at places and immediately one feels disconnected from the whole thing.

We might consider it to be another Slumdog Millionaire and it won’t be a mistake as this film too places a lot of trust on chance and makes us wonder if there is a single change in the situations that the boy goes through, how would things have changed? I consider this to be neither a revolutionary film nor an empathetic one, it just tells me that it is also possible for lost kids to end up in larger-than-life stories, to have an upbringing which their birth parents would have never been able to offer.

The most troubling section of the film was the duration Saroo spends in Kolkata. It is here that I don’t go along with the film; when this kid is at the railway station and people are constantly nudging him, no one is willing to listen to him or talk to him in Hindi. I mean I know Bengalis can be snobs, but I have not seen them to be so impolite and ill-mannered specially to a young boy who definitely looks like he is out of place.