'Bharat' is a particular disappointment, though the blame cannot entirely be assigned to Salman Khan. 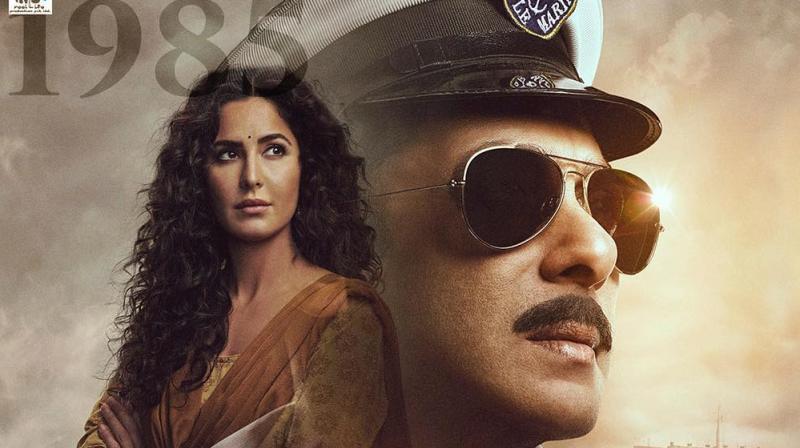 Early in 'Bharat', we see a gut-wrenching recreation of the post-partition times at the small railway station in Pakistan where thousands of displaced Hindus are running down to save their lives. Amidst this human horror, a family juggles to enter into the train but a tragedy strikes onto them. A young boy named Bharat loses his sister and father in the crowd. Bharat is given promise by his father (Jackie Shroff) to protect his family until he returns and that's how the journey begins.  From a point quite early on in the film, we have a fairly certain idea of what has happened to turn this young boy so mature for his age and you can't help but escape the feeling that the film's emotional wallop is something surely promised but never given despite the ever-so formidable Salman Khan delivering his possible best.

'Bharat' traces the journey of the eponymous hero from his teenage days to his old age in the backdrop of post-independence era. The film opens in the present day with Bharat (Salman Khan), his wife Kumud (Katrina Kaif), friend Vilayti (Sunil Grover) and his entire family. In order to support his family and to keep it together, Bharat does every other odd job - right from polishing shoes, joining the circus to becoming a Merchant Navy officer - he is only determined to stick to the promise given to his father. Bharat is on the quest to find his lost father and sister. Will they reunite? 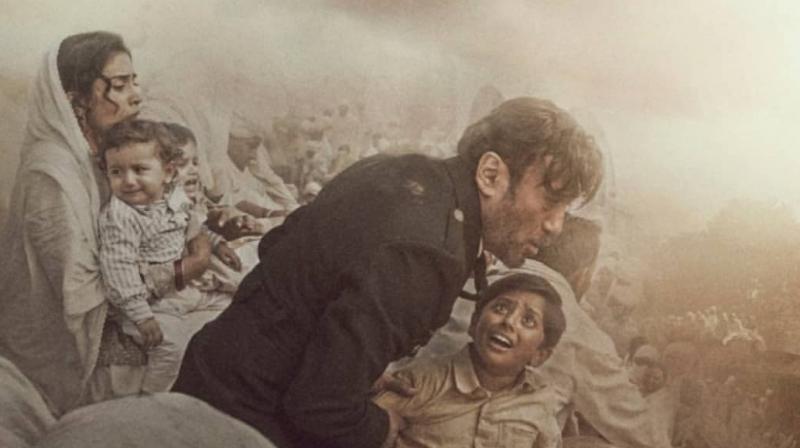 There is quite an affecting story to be told here, but director Ali Abbas Zafar does not manage to either draw our affections towards Salman's Bharat or his determination and with a somewhat fragment way of telling the story, the film suffers badly from a lack of quality construction. The film's basic premise is essentially plain and simple, oddly enough ripped out of a seemingly ordinary life.  Zafar dispenses with any nuance of hard work, or respect for his audience's intelligence, and dishes up a glib, emotionally manipulative sequences, one after another. The plot is formulaic and standard, but the first hour, though slow, is relatively good. Soon after the film loses all of its steam by indulging in some bizarrely unnecessary subplots, such as about a girl from Malta (Nora Fatehi) as well as some really awkward product placements. The screenplay lacks a coherent sense of direction; the scenes featuring Kumud Mishra and Aasif Sheikh's character constantly feel like a distraction, like moments that simply get in the way of the story.

The events of the last third of the film are intended to turn around the characters and somehow make them more endearing. There are small glimmers of a better film within 'Bharat' but its unbalanced tone of comedy and drama never really mixes. The relationship between Bharat and Kumud although pretty charming, lacks depth. The writing doesn't spend much time on how they affect each other to heal. The film also lacks the intriguing and engaging moments with the audience.That means it's the writer's and director's faults, not the actors'. This might have been really worth watching if those two had been competent, but unfortunately that's not the case. Despite the potential, 'Bharat' fizzles halfway through and it becomes a bit of a bore. The film ultimately falls short of leaving any significant impact. 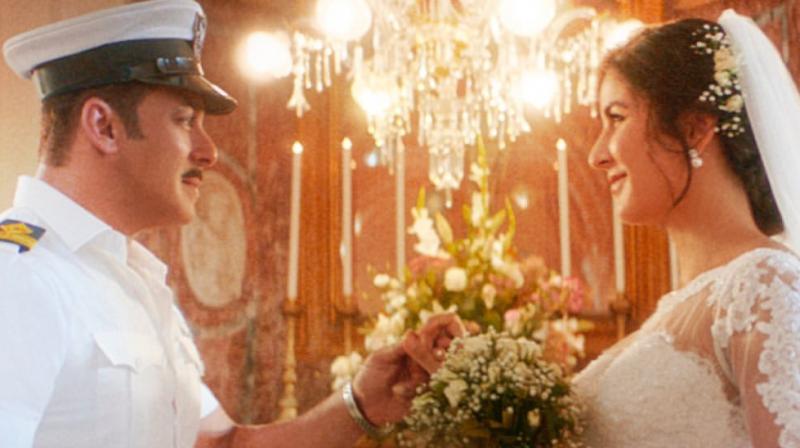 A still from the song in Bharat.

The biggest strength of 'Bharat' is, undoubtedly, Salman Khan. For the most part, he is fantastic. Like in 'Sultan', we yet again get to witness Salman's rare fallibility here. Also, just like 'Tiger Zinda Hai', he also shows his superhumanness in the adverse situations. He gives an earnest performance in the intense scene but sadly it does not match up to the level of performance in his recent films like 'Sultan' or 'Bajrangi Bhaijaan'. Katrina Kaif gives a decent performance as a fierce, feisty woman who loves Bharat unconditionally. Although this was a novel role for Ms. Kaif and to her credit, she manages to capture some degree of authenticity. However, many of her scenes were just repetitive and does not contain enough emotional depth to draw the viewer in. The part of Disha Patani does not come off realistically. To make it worse, there's no character build up. The same could be said of Sunil Grover who seems to be doing the bare minimum to get by. His character has the potential to give Salman something to play off of but he provides very little. The rest of the cast is serviceable. The slack and purposeless direction leave other cast members emoting in a void.

Overall, 'Bharat' is a film that seems signposted as a vehicle to attract attention for its committed leading star Salman Khan, but thanks to the team behind it it ends up as a vehicle that never gets out of first gear.