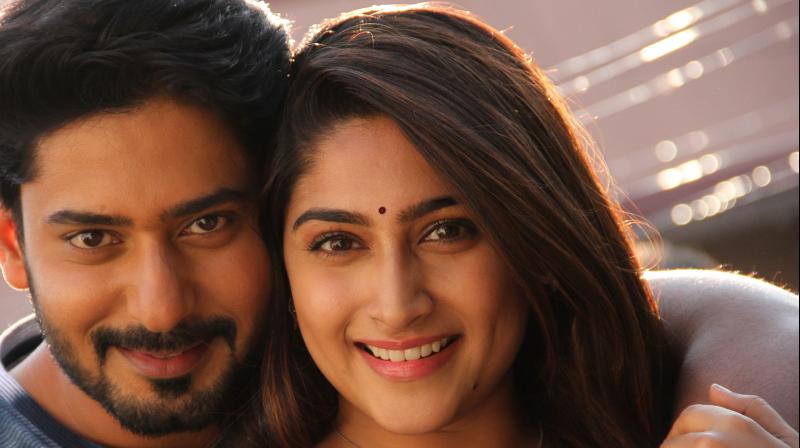 Gentleman: All about love in the context of sleep
Rating:

Shankar's 1993 Tamil movie Gentleman, starring Arjun Sarja, was about a man with modern-day Robin Hood sympathies. This latest Kannada release with a similar title is about a man who sleeps for 18 hours a day! It’s not his fault though. The medical condition is rare but real. The the makers of this film deserve appreciation for turning it into reel entertainment.

Gentleman, however, is more than just a social service message about a sleep disorder; it offers a subplot about a human egg-trafficking scam and a rather cute love story. A good mix of drama and action makes this a good two plus hours of entertainment that keeps the audience hooked unlike predictable run-of-the-mill masala films.

Jadesh Kumar's daring script about a man suffering from the aforesaid sleep syndrome is well balanced with a few tear-jerking moments thrown in.

In a nutshell, the protagonist finds himself in a situation where he has to find his little niece, who got lost after his brother and sister-in-law die in a road accident. The question is can a guy who can hardly keep awake for six hours ever manage to find the lost little child?

Into this quest is woven a subplot about human egg-trafficking, which brings in Sanchari Vijay as a police officer. It’s all quite watchable really, perhaps a must-see for those who seek sensible entertainment in Kannada.

About the performances, Prajwal hits a definite six with this one while Nishvika lends beauty to the tale in a limited but effective role. The entire cast add value to a neatly edited tale.