Not that Bollywood has always had a dearth of new ideas even for an action-oriented film. 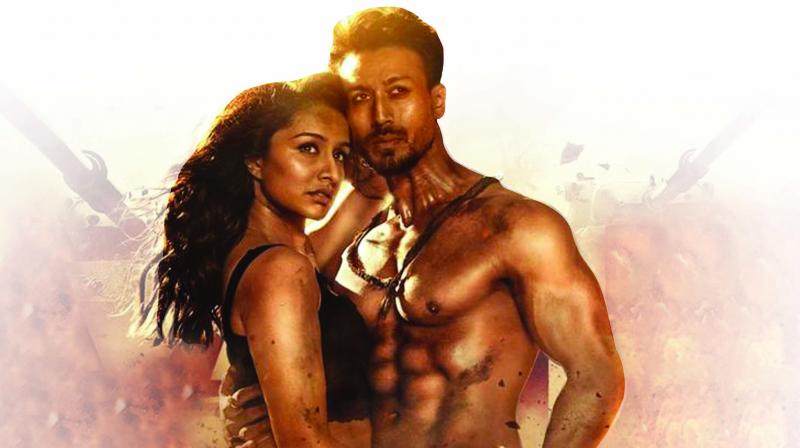 Tiger Shroff, whose debut in Heropanti raked in the moolah to allow him to quickly sign as many as half a dozen films, is back in the third instalment that is Baaghi 3.

Does Bollywood action always need to be illogical? Lately, it seems so. Well, if filmmakers have the finances, but are wanting in original content to play around with, any film would turn out to be brainless. Not that Bollywood has always had a dearth of new ideas even for an action-oriented film. Some of the great action thrillers — despite having an emphasis on violence, gore and killings — have a wide-open genre and include something fresh from every era, style and movement of action movies. Haven’t we all enjoyed not just the classic Sholay (and umpteen Big B thrillers) but many from among the newer lot of films, such as Ghatak, Dabangg, Mohra and also Dhoom, Race, Don, Agnipath and many others?

Tiger Shroff, whose debut in Heropanti raked in the moolah to allow him to quickly sign as many as half a dozen films, is back in the third instalment that is Baaghi 3. This Ahmed Khan-directed action drama — though a remake of the Tamil film Vettai (The Hunt) with Arya and R. Madhavan as the two siblings — decided to tweak the basic premise, and possibly had a one-line storyline that writers-screenplay writers Farhad Samji (dialogue) and Sparsh Khetarpal, Tasha Bhambra, Madhur Sharma and Sajid Nadiadwala didn’t have a clue how to take forward. Cashing in on the popularity of the original, as also the first two prequels (Baaghi 1 and Baaghi 2), they decided to cast Shroff in the lead as one of the two brothers who shares an unbreakable bond with his bro. When their father, an upright cop (Jackie Shroff) gets killed in the line of duty, it’s time for the two to start their life’s journey. The younger, brawny and muscular Ronnie (Tiger Shroff) goes mad at the very thought of anyone hurting his big brother, Vikr
am (Riteish Deshmukh), who is more of a cowardly and unadventurous wastrel. Vikram is forced to join the police force by Ronnie who promises to be behind his brother for all times to come. Together they knock off the baddies for which Vikram gets to win accolades.

Director Khan, who was better known as a dance choreographer till he decided to wield the megaphone, choreographs his fight sequences with the same intensity as directors of the action dramas of the 1970s and 1980s did. And therefore, a terrorist who could annihilate and destroy the world, the mastermind Abu Jalal (Jameel Khoury) in (Yes, strife-torn country!) is brought in, and for the action to move away from the confines of Agra, moves ahead into foreign lands. Needless to add, with Shroff’s ripped muscles look, the action must take place far, far away. The agenda is a single-point schedule: Jalal has to be countered at any cost!

And you guessed it right. It’s one-man army versus, not hundreds, or thousands, but the entire Republic of Syria. A bizarre twist, to allow a certain turn in events, leads Vikram to travel. Once he lands in Syria (obviously it’s shot in Siberia which is made to pass off as the action-packed locale), he gets kidnapped while he is on the phone talking to Ronnie, who witnesses his brother getting beaten and kidnapped. Unable to bear the sight of his brother getting hit and hammered, Ronnie will do whatever it takes to destroy anyone and anything that stands in the way of Vikram’s safety, and goes on a rampage of destruction to see his brother safe, even if it means that he independently has to take on an entire country!

Ha! Whoa! An ordinary untrained lad who takes on the entire country of Syria?

And, then we go to a foreign locale, where Shroff pulverises one man after another. That is, when he is not on choppers with his gravity defying stunts. The sole purpose of highlighting Shroff as the only man who could take on just anybody may look outlandish, but director Khan strings together a series of unpalatable accidental coincidences (right from the time he was a little boy, Vikram giving a shout out to Ronnie and he appears….or Ronnie coming face to face with the most dreaded Jamal in a friendly encounter…to name a few) that by the time you see danger lurking in the background, you are convinced that Ronnie would be the saviour!

He is also the lone ranger out to obliterate what the US and other nations could not do together. In a clever twist, Vikram joins the police force with a little help from his brother Ronnie.

Baaghi 3’s internal logic is flimsy; its plot has more holes than a net, and its characters lack any motivation whatsoever. In short, it’s boring. In long, it’s tiresome, repetitive and lacklustre. Clocking in at 143 minutes, it feels about an hour too long. The only silver lining is, if there could be one, is that for more than a two hour film to watch, it merely takes two minutes to forget and move on.

Anyone interested in watching Shroff take off his shirt the nth time may buy a ticket and watch the entire film. Beyond his well-built beefy look, don’t expect any dramatic histrionics though. From among the cast, Deshmukh, who has a couple of times proven his comic timing, can’t deliver his lines with neither any dramatic nor comedic impact. On the other hand, Shroff has the chops but the erratic and sloppy filmmaking can’t salvage much. His gravity defying pace becomes largely a dull affair. He does inhabit his role with earnest gusto, but the tone deaf script is too self-serious and bereft of intelligent dialogue to provide engaging thrills.

Do we then take for granted how bad an actioner can really get?