One Day: Justice Delivered movie review - An injustice to all moviegoers!

The idea isn’t new — neither is it too worn-out. It’s the tacky treatment that begins to spoil the tempo of the film. 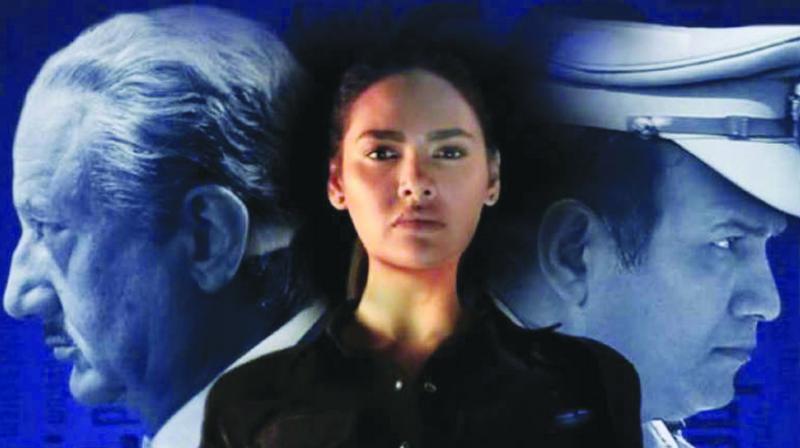 Esha Gupta’s sudden enlightenment that leads to her solving the mystery virtually effortlessly is as dim-witted as her character itself.
Rating:

There are times when it is the style of filmmaking that is the key to comprehending the film’s emotional designs. An inappropriate genre could mar the intended effect that the director wants to achieve. Made as a thriller, One Day: Justice Delivered focuses on the investigation and the strategies of an investigative CBI officer as she gets to the bottom of the mystery behind the disappearance of some high profile persons in the city of Ranchi in Jharkhand. But the narrative looks random and messy, and has no particular direction to move the story forward.

Ashok Nanda, who directs this 121-minute film, makes sure his audience gets completely taken in by the disclaimer that states the film is a fictionalised account of real life incidents. With files, reports, newspaper clippings et al, it also tries hard to establish its declaration to make everything look even more believable. That he makes even the believable farfetched says a lot about the intentions of the writers, for the film becomes laughable at most times.

Justice Tyagi (Anupam Kher) is a respected retired judge who may not have any skeletons hidden in his cupboard, but post-retirement perhaps, his compunctions come to the fore at a stage when he should be merrily involved in his family affairs. He decides to take on the corrupt system — the only way he knows how.

Decisions made by him in the past seem to be haunting Tyagi, who has been known for his honesty. While playing along dutifully alongside his family — comprising wife, son, daughter-in-law and grandchildren — Tyagi begins to rush to some unfinished agenda, as one after the other, some of Ranchi’s men and women go missing. We are then introduced to his devious ways of handing justice to people who went scot-free during his tenure as a high court judge. Not the one to deny justice to anyone, Tyagi has a game plan ready: to kidnap criminals and make them confess on camera. Being wise, he is able to smoothly beguile doctors, a car mechanic and hotelier (Rajesh Sharma) in quick succession. So fluid and unsuspicious is his strategy that no one has any whim to even suspect him of any wrongdoing, as he goes about delivering justice to all those he believes have been guilty. The lawbreakers got away only because there was poor evidence or hostile witnesses.

But since the law cannot be all that wild, we get to see the entry of a Crime Branch special officer Laxmi Rathi (Esha Gupta) who springs into action right from the world go, and starts investigating the serial vanishing act of these high profile individuals in a state capital.

As we wait for more punishments being meted out to law offenders, we also get to see more faces showing their true colours in this game of deceit and reprisal. Inspector Sharma (Kumud Mishra) is a portly junior cop Tyagi runs into while on the jogging track every day, and becomes Tyagi’s unlikely ally as Rathi tries to unravel the tangled web.

With no defence or justifications offered, could setting up a justice system of one’s own validate and rationalise punishment akin to a kangaroo court?

The idea isn’t new — neither is it too worn-out. It’s the tacky treatment that begins to spoil the tempo of the film. Knowing fully well the limitations of his role and the film’s general appeal, Kher doesn’t use any of his theatre techniques for survival either. Esha Gupta’s sudden enlightenment that leads to her solving the mystery virtually effortlessly is as dim-witted as her character itself. She also speaks a funny dialect that is reminiscent of a Haryanvi, but not quite — she alternates between trying to be humourless and comic by turn, and makes a mockery of her character.

It’s only Kumud Mishra who has something up his sleeve to reveal. Here, it’s his duplicitous nature as Sharma that you all will take back home as the only souvenir!