Rock On 2 movie review: Predictable but a feel good film

Director Shujaat Saudagar remains successful in taking the story which ended eight years ago ahead. 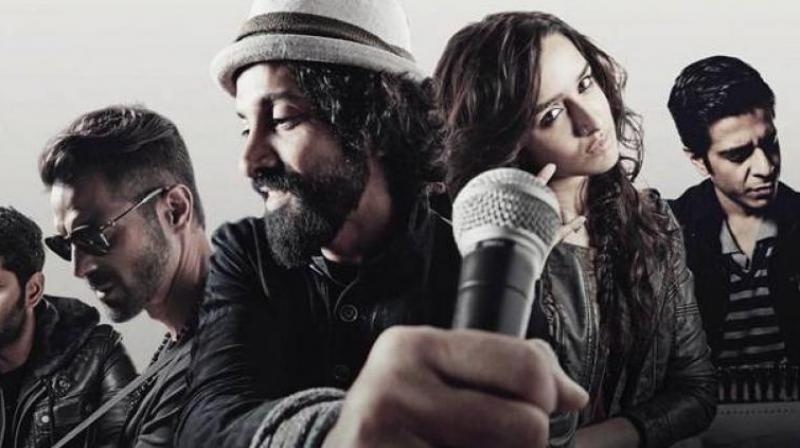 'Rock On' is set in the relatively less explored north-east India and has an emotional plot.
Rating:

Director Shujaat Saudagar, who marked his Bollywood directorial debut with 'Bali' in 2004, had taken a long sabbatical and returns with the much applauded musical franchise 'Rock On 2'. The film is set in the relatively less explored north-east India and has an emotional plot.

The film starts from the rock performance where the first Rock On ends after Rob (Luke Keny) dies of cancer. Eight years later, Aditya (Farhan Akhtar), KD (Purab Kohli), Joe (Arjun Rampal) are settled in different parts of India. Having seen their dream of Magik band reviving, the three still have aspirations of launching and promoting new singing talent.

Due to some unfortunate incident, Aditya settles down in Shillong where he buys some land and helps poor people. Lead drummer KD continues to make compositions for his clients and Joe is busy earning being a judge of a popular singing reality show. The three relive their ugly past when Jiya (Shraddha Kapoor) and Uday (Shashank Arora) enter their band in Mumbai. The unravelling of the bitter past of Magik band is what forms the major crux of the sequel 'Rock On 2'.

Director Shujaat Saudagar’s attempt is noticeable. He is successful in taking the story which ended eight years ago ahead. Pubali Chaudhary, who has written the screenplay, is predictable yet refreshing. 'Rock On 2' will take you on an interesting journey since the film deals with emotions, conspiracies and social awareness. However, dialogues penned by Farhan Akhtar are not that impressive. The film could have been much better in several aspects and hence remains a decent one-time watch. The humour in the film is like a breath of fresh air. Marc Koninckx has visually captured North-East India beautifully, especially the folk performance by Usha Uthup towards the climax.

Since the film is an extension of the prequel 'Rock On', viewers expecting the same flavour as the first one might get disappointed. The reviewer feels that being a musical film, the sequel should have had more rock band performances and focussed less on dragging the personal issues of the characters. The film kicks off really well and loses its grip post interval but the climax acts as the saviour. Music by Shankar Ehsaan Loy is peppy but the songs are minimal which will leave you craving for more band performances.

Farhan Akhtar has mostly done intense roles so far, his redemption for a mishap throughout the film makes it seem as if the actor has not moved on from the likes of 'Zindagi Na Milegi Dobara' and 'Luck By Chance'. No doubt, he acts well but his grief-stricken expressions have now started to bore.

On the other hand, the character progression of Purab Kohli and Arjun Rampal in the story eight years later looks more natural and realistic. You will surely miss the presence of Prachi Desai and Shahana Goswami on screen as the two don’t have much to do but they look adorable in their parts. Shradhha Kapoor is natural but could have done much better in emotional scenes.

Shashank Arora has major scenes with Shraddha which he pulled off well. Even though the filmmaker tried hard to match up to the standards set by Abhishek Kapoor in 'Rock On', he unfortunately failed in his attempt.