The eagle eye view injects mystery and suspense to the film 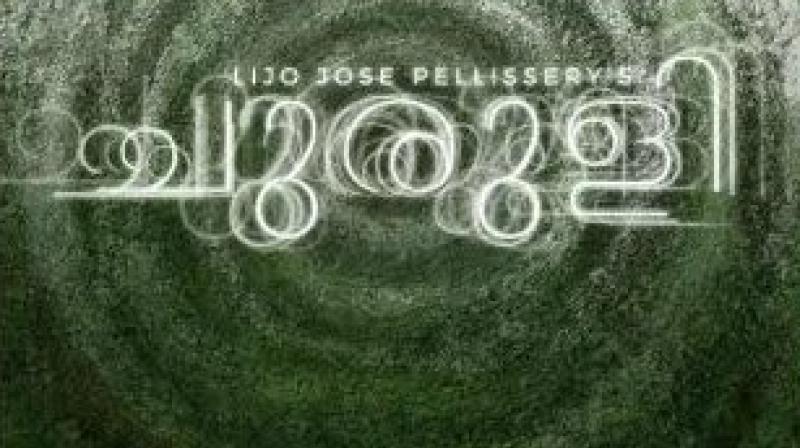 The year 2021 hasn't begun well for Malayalam film director Lijo Jose Pellissery. First, his film Jallikattu, India's entry to the Oscars, didn't impress the Academy judges, and now the director, who has acquired a cult following, seems to have disappointed his devoted fans with his latest film, Churuli, which premiered at the International Film Festival of Kerala (IFFK) on Thursday.

There was palpable enthusiasm in the lead up to the film's show at Thiruvananthapuram's Kairali theatre, causing much anxiety to IFFK organisers who are determined to maintain social distancing in theatres. But, daunted by the long queues of young boys and girls as well as unannounced guests of the state government, some adjustments had to be made in the cinema hall where alternate seats had been taped up to avoid Corona spread. For Churuli, the audience sat elbow-to-elbow in a few rows.

The director's loyal fans applauded cheerily at all of the film’s piffling jokes, but as the film progressed they seemed bewildered. The mandatory clapping at the end of the film was tentative and weak, as if they were all wondering whether they didn't get it, or it just didn't make sense.

Churuli, billed as a science fiction horror film, begins with gorgeous and haunting aerial shots of a bus winding its way on a serpentine road that cuts through a lush green forest. The eagle eye view injects mystery and suspense to the film which seems to be getting into the thick of the forest in search of a fable-like tone.

This eerie note accompanies the two cops -- one experienced and cynical, the other a younger, enthusiastic sort -- who are en route, in mufti, to nab a criminal hiding in the misty forest.

Anthony (Chemban Vinod Jose) and Shahjiva (Vinay Forrt), their assumed names, tell the villagers that they are labourers who have come looking for work. But the man on whose rubber plantation they are to dig pits is away. So they get hired as helping hands at an arrack bar-cum-restaurant run by a husband and wife duo. There is no pay, but there's boarding, lodging and drinking.

The film is light and fun as long as it stays with the two bumbling, bantering cops. Shajivan is keen to get the job done quickly, but his senior, Anthony, is treating this as a relaxed retreat.

As the film goes on a hunting trip and then ventures into a rather strange sauna-cum-massage parlour run by a paan-spewing lady, we are amused en route by Pellissery's delightfully subversive politics where the bar gets turned into a temporary chapel. But then, the inexplicable intervenes — an axe-wielding resident, a drunk man, a tree hugger, a game of slapping and a death. There are also two alien-like creatures with torch-lights for eyes who keep meandering about.

Churuli, based on a short story, opens with a fable about a Brahmin going to a forest to capture a phantom named Perumadan. But the shape-shifting phantom tricks him and the Brahmin, the story goes, is still wandering the forest looking for Perumadan while carrying the phantom on his head.

Lijo's film is like that Brahmin. Trying to get somewhere but never quite getting there.

Churuli means a helix, a spiral, and the film's story by Vinoy Thomas, which was turned into a screenplay by S. Hareesh, is about losing the way and one’s self while in pursuit. Churuli drops obscure hints about its theme but is so taken in with bizarre happenings and characters that it doesn't care to join the dots. We are left to fend for ourselves, to piece together a disjointed narrative.

The forest is the film’s stage but also a character in Churuli. It breathes, observes and reacts. Much like the jeep which makes a fuss every time it has to cross a bridge to the forest.

Churuli is shot in High Range, Kerala, and is gorgeous. It also has the chops and atmospherics -- sharp, high-strung montages, a cool background score, random absurdities and lots of forestry. But its long, pointless sequences are exhausting and nothing to the story. In skilled hands, the random, the inexplicable, the absurd can be fun. Here it feels amateurish, forced, self-conscious.

Churuli carries that silly, childish misconception which besets many students’ films — that obtuse dialogue, vague characters and badly shot scenes can somehow be sold as something deep and clever coming together. When, in fact, it's just a bad script transmuted to cinematic gibberish.

Lijo, who has made Ee. Ma. Yau. and Angamaly Diaries, is a fine director when he is tethered to the ground and reality. Here he takes flight and loses the plot.