Director Shaad Ali, whose popcorn cinema is filled with silly experiments till date, surprisingly emerges as a winner with flying colours. 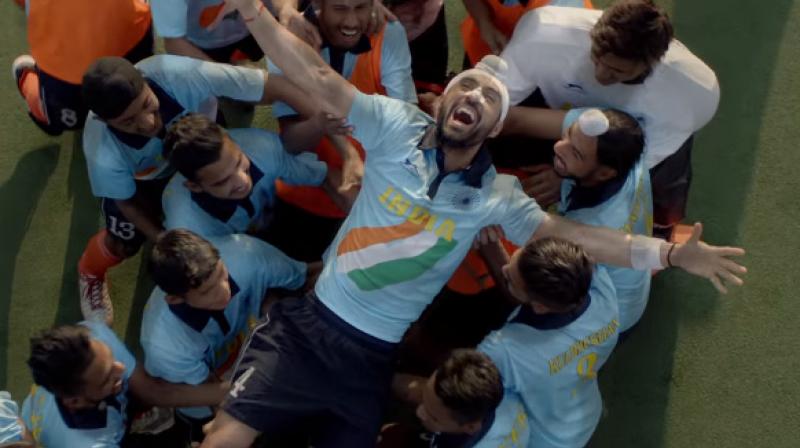 Diljit Dosanjh in a still from ‘Soorma.’

Director Shaad Ali, whose popcorn cinema is filled with silly experiments till date, surprisingly emerges as a winner with flying colours in his latest offering Soorma. The biggest advantage of making a biopic on a sportsman is that you can hit the patriotic chord, and that’s what Shaad Ali tries to do.

Sandeep Singh (Diljit Dosanjh), a pampered child of a lower middle class Sikh family has no definite mission in his life until he falls in love with Harpreet (Taapsee Pannu), a hardworking hockey player, at first sight. She dreams to represent India on national and international levels for which she undergoes a tough training with her ruthless coach.

Harpreet’s family isn’t in favour of their relationship, and Sandeep had to learn hockey to win her family’s heart. After he is noticed by the chairperson, he gets selected in the Indian hockey team, but fate has its own game. Sandeep accidentally gets shot and paralysed in his abdomen. Meanwhile, his elder brother Bikramjeet (Angad Bedi) and his family help him to cope up with this mishap.

With a little ray of hope, the hockey association sends him to a rehab in Poland. He comes back and wins gold at Commonwealth Games in 2010.

There’s a big risk factor involved in making any biopic, for that matter. It is necessary to do justice to the person’s life (dead or alive). However, directors try many things to glorify certain things in a biopic, latest being Sanju, but Soorma is relatively made in a real space. A tale of an underdog is told in an entertaining manner. Although the first half is slightly lengthy and could have been chopped off by five to ten minutes, the second half compensates it completely. It is supremely high on emotions.

Portrayal of Sandeep hasn’t been shown of a saint or a god’s child. His journey has some really interesting moments. His innocent love story, caring family, struggle against paralysis and bouncing back as an Indian hero. The good part of the film is that Shaad has shown his flaws too that how a girl becomes a driving force to play hockey in his initial career.

However, they could have done better with the game sequences. The scenes lack adrenaline rush especially in the climax.

Casting for a biopic is truly a task, and Soorma gets full marks in this department. Diljit Dosanjh is ideal for Sandeep Singh. His looks, dialogue delivery and body language have a striking resemblance to Sandeep. He easily lived his life on a big canvas with ease. Taapsee Pannu has a shorter screen time as compared to others, but she lights up the screen in romantic scenes and also makes you cry in emotional scenes. Her breakdown is natural. Angad Bedi is extraordinary in his portrayal of Bikramjeet Singh. Vijay Raaz gives comic relief to the film. Satish Kaushik and Kulbhushan Kharbanda are good.

If you are looking for an unusual story of an unsung hero, go and watch Soorma. Promise, it’s not a glorification of an Indian sportsman on silver screen.