All those who know about Hollywood’s Demi Moore making her Bollywood debut, be warned that she probably has a 10-minute walk in part! 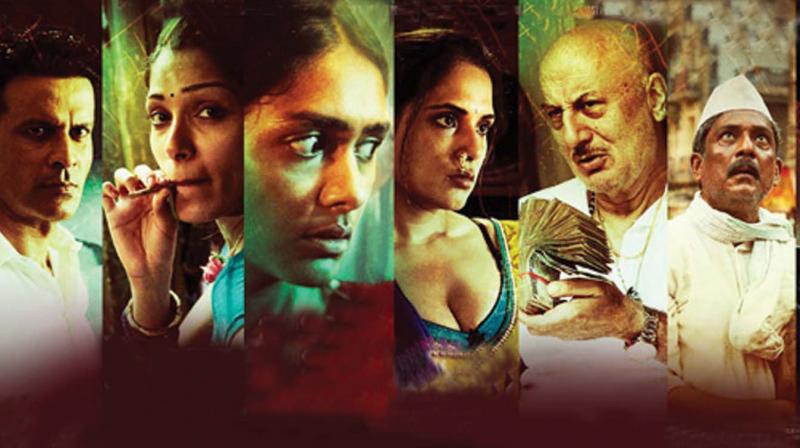 The modern-day times we all live in, has instances of many of the most gruesome acts of violence that we don’t get to know much about. Day in and day out as we read or watch on television, some of the most horrendous stories of rape and murder, rarely do we realise to what extent the victims are tortured. A newspaper report, in that sense, is only a medium that doesn’t give us a complete picture of the global sex trade world.

Tabrez Noorani’s debut film Love Sonia brings us closer to pimps, police, parents and victims who are responsible for the thriving flesh trade across the world.

Inspired by real stories of young girls, Love Sonia gives us a dark uncomfortable watch of the plight of a 14-year-old village girl Sonia (Mrunal Thakur) and her sister Preeti (Riya Sisodiya), whose debt-ridden farmer father Shiva (Adil Hussain) is unable to produce the desired yield as wily moneylender Baldev Singh (Anupam Kher) has other interests to extract money from borrowers. Not being able to pay off his debt, helpless Shiva sells Preeti to him where a local procuress (Sai Tamhankar), promises to find his daughter a lucrative job in Mumbai. Sonia is very attached to her sister and wants to be with her. Of course, she is in the dark about Preeti’s fate and runs away to Baldev’s house to request him to find her a job too. She reaches Mumbai and is thrown into a brothel run by Babu (Manoj Bajpayee). From then on begins Sonia’s most harrowing journey even as she continues to look for her sister.

Slavery that is alive in many parts of the world thrives because of many reasons. In India, it may be the weak, impoverished and powerless who are often misled and duped into the complex web of by being offered cushy jobs. In Hong Kong and the United States, the variety of skin for sex-starved men comes from virgin girls from all over the world.

As thousands of victims are trafficked throughout the country to satisfy America’s sex-trafficking industry, young innocent girls of unsuspecting parents girls lose their dear ones forever.

The gritty brothel is almost a prison for Sonia where a social activist Manish (Rajkummar Rao) learns about her being underage, and promises to help her out. She is unable to flee herself from the organised and elaborate network of pimps, leaders and police who are all in collusion with such powerful men, and enslaved in a brothel. She finds Rashmi (Freida Pinto) and Madhuri (Richa Chadha) for company and together they dream of reclaiming their long-distant freedom.

The brutality of child trafficking of young immature girls is a testament to the power and resilience of the human spirit.

The film has elements of fiction, but the bleak and hopeless situations depicted in this two-hour film, take place every day to trafficked children. Sonia’s life takes a terrible turn when she is sent across to Hong Kong, from where she heads to LA to a mansion-like home of a millionaire looking for gratification from a virgin girl. Given the subject matter, it had to be an uncomfortable watch. In fact, in a few moments, when it tries to give us other glimpses of a victim Sonia’s life, its efforts look toned down. Her life getting the bright Good Samaritan also looks a little contrived.

Films like these, designed to show us the hard reality through the telling of a dreadful story, are not only tough to pull off, but also hard to evaluate. By making a sincere effort to tell a story, Noorani does shock viewers. Only up to a pint though. Once it repeats showing scenes of monstrous torture, it just loses track. It may not go downhill, yet the point that it sets out to make gets diluted despite the ensemble cast giving splendid performances. Be it Thakur, or Pinto and Chadha or Bajpayee as well as Hussain, they all enact with complete honesty and earnestness in most of the non-sensationalised, yet still disturbing drama. After giving award-winning performances, it’s Rao who has little to do in a role that is too bland.

All those who know about Hollywood’s Demi Moore making her Bollywood debut, be warned that she probably has a 10-minute walk in part!