Monsoon Shootout has a very talented ensemble of actors, and though most get very little screen time, they are excellent. 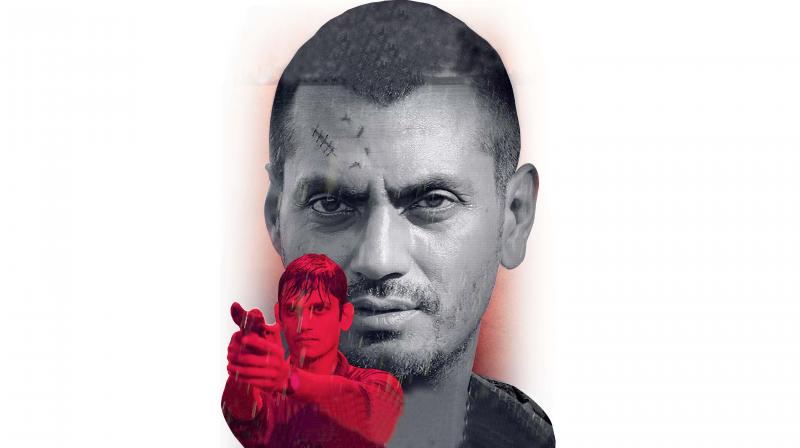 Krishna did Arjun a huge favour when he stood in the middle of the battlefield, bewildered and frozen by indecision.

On one side stood the Kauravas, and on the other, Pandavas. Both in battle-gear. Both ready to die and kill. Both sides made up of men Arjun loved — on both sides he saw brothers, teachers, mentors, idols, men who had schooled and taught him, men he had grown up with. Men he was related to by blood and more.

As he stood there, wondering why fighting this dharam yudh felt so wrong, stupefied why picking up his Gandiva, fixing an arrow and aiming it to annihilate evil seemed like an immoral, wrong choice with consequences too bloody to be worth anything, Krishna did Arjun a favour by assuming his viraat roop and showing Arjun how insignificant his dilemma was, how trifling his decision to fight or not to fight was in the larger scheme of things.

With his scary viraat roop, Krishna showed Arjun that the mahayudh, the dharma yudh meant nothing. That whether he did what he thought was right, or did what to him felt wrong, it would change nothing, mean nothing. That the sensational, dramatic end to the precious lives of these majestic men around him would be of no consequence at all. That no life, no death meant anything.

Writer-director Amit Kumar’s Monsoon Shootout, set in the sleazy, corrupt world of politicians-underworld-cops, stands poised, with a gun in its hand, in that moment of choice — a moment that’s twitching with various possibilities, a moment which offers three choices to Adi (Vijay Varma) on the first day of his job: to do the right thing, to do the immoral thing, or to take the middle path, which in his case is to copout — to stay frozen with indecision.

And then, one by one, it proceeds to show us the consequences of these three choices, consequences which prove that there really is no right choice.

Monsoon Shootout begins with the assassination of a builder at the behest of an extortionist, on the first day when simple, wide-eyed, idealistic Adi reports for duty at Mumbai’s crime branch.

There are arrests, followed by encounter killings and the search for the hoodie-wearing, axe-wielding assassin Shiva (Nawazuddin Siddiqui) on a night when the skies are pouring down on Mumbai. And then, after a chaotic stakeout, that moment when Adi, his gun pointing at Shiva, is thinking what to do — shoot to kill, let Shiva go, or to try and arrest and then present him in court the next day.

One by one we see the consequences of each one, set in motion by what Adi does and does not do.

Monsoon Shootout dwells on the outcome of each of the three choices, the effect it has on Adi and Shiva — two characters sitting at the bottom of a food pyramid which exists to give more power to the powerful.

There are builders who are funding a minister’s campaign; a minister at whose behest money is being extorted from builders; an extortionist who is quick to order killings; and a minister who, if he stays in power, will be able to offer promised promotions to senior, obliging cops.

Adi and Shiva have assigned roles, and if they both follow orders, it’s most lucrative for all, especially for those on top. If they don’t, their lives, and of those connected to them will get impacted tragically, but little will change at the top.

For Adi and the girl he likes, and his immediate boss, Khan (Neeraj Kabi), as well as for Shiva, his wife, son, and the bar dancer he likes so much, in each scenario the outcome involves bereavement, rage, more murders, rape, twisting of fates…

But the butterfly effect of what Adi does never extends to those sitting on top of this pyramid. At best there’s a minor, temporary inconvenience.

Monsoon Shootout focuses on the impact each decision Adi takes has on those around him and Shiva, and then it draws back to show us the macro, the larger picture in which nothing really changes.

Status quo is eternal. It endures, no matter what.

Monsoon Shootout, co-produced by Anurag Kashyap, has arrived at Indian cinema halls four years after it was shown at Cannes.

Its screenplay — with three plot lines — is stunning and stark in its storytelling.

Though set in the big power-game of Mumbai, its scenes are brought to life by the small businesses that sustain the maximum city.

While its movers and shakers are men who feed off the city, Monsoon Shootout keenly observes professions which feed Mumbai, offering sharp, stunning vignettes of machchi business, of the docks, of Ganeshas being sculpted from clay, of dingy dance bars, of street food, and of girls at dance bars whose families, elsewhere, live on the lies they tell and the money they send.

Rajeev Ravi’s camera observes characters in close-up, especially when they are presented with a choice, and it plays with light in a film that’s mostly set in the dark to create mood and add gritty fibre to the setting. Monsoon Shootout’s Mumbai is wet, claustrophobic, sleazy.

The film’s screenplay uses small moments, quick bursts of actions to create and present characters in ways that are defining.

Monsoon Shootout has a very talented ensemble of actors, and though most get very little screen time, they are excellent.

Nawazuddin Siddiqui as the psychotic killer Shiva, who takes pleasure in gory hacking of his targets, speaks very little. Siddiqui plays Shiva with twinkling eyes and a creepy smile that stays in your head. The joy of an actor who knows he’s completely got a devious character is palpable here, and delicious.

For me, however, the delightful surprise was Vijay Varma. He plays Adi, the new kid in the crime branch, with baffled naivety and heavy ideals and yet keeps him very light.

It’s not easy playing a procrastinating cop with a finger on the trigger. Varma pulls it off with the whiff of a philosopher.