Review: Be afraid, be very afraid. They could make a sequel to 'Bhoot 1'

How spooky is it really if everyone except the characters knows there's a bhoot about? 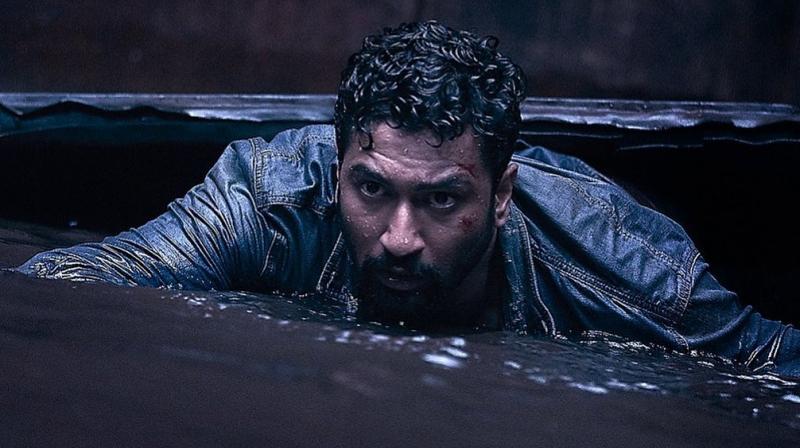 A scene from Bhoot: Part 1.
Rating:

Our relationship with horror movies is simple and straightforward: You scare us, we like you. Don’t scare us, we don’t like you. There is no confusion, no complication in what directors and producers must expend their energy and monies on while working on a spooky.

By all accounts, Ram Gopal Verma, who has made a few memorable and many forgettable horror films, is not an easy man to know. As has been reported often, based mostly on his lofty pronouncements on Twitter, he has scant regard or respect for mainstream Bollywood, especially the familial fiefdoms run by the sons and daughters of Bollywood’s big old daddies.

So ugly and bizarre have these silly tiffs gotten that Karan Johar once responded to one of RGV’s bitchy tweets by saying that he was glad to find the Satya director was still alive.

And yet, the story goes, that recently when Karan Johar called up RGV to ask for the title Bhoot, the director happily said, sure, take it, enjoy.

But having watched RGV’s 2003 Bhoot, starring Ajay Devgn and Urmila Matondkar, and Bhoot: Part 1 by Bhanu Pratap Singh now, I sense that behind that generosity lay a malevolent chuckle and the cocky conviction that a horror film under the aegis of Karan Johar will be an item of such peculiar stupidity that it would be a worthy opportunity for future insults.

Bhoot: Part 1 opens with an interesting reload of Dharma Productions’ diya-rangoli logo that forms to Kuch Kuch Hota Hai’s signature tune. But after that, despite a cast of very capable actors, the film dips into Bollywood's smelly sea of tired, trite, done-to-death cliches of the horror genre to tell the story of families and the janam-janam ka bond that family members share. A paarivarik melodrama, if you please, with some pret aatmas hovering about.

As the film opens, we see, through the lens of a camera, a child being recorded over several years. For a bit, we don’t know who is recording, or why, till we do.
It seems mommy is recording cute baby Meera for the pleasure of her absent daddy. Then, on board a ship, we meet the merchant navy daddy on Meera’s third birthday.

While the family is busy celebrating her birthday, Meera, carrying her stuffed doll who sings when pressed, seems distracted by someone. She smiles and then follows it.

Cut to several years later in Mumbai where Prithvi (Vicky Kaushal) is staring at his framed wedding photos. He works for a shipping company and has the same merchant navy uniform and stripes that Meera’s daddy had.

In flashback we see happy times — Prithvi in love with Sapna (Bhumi Pednekar) who is expecting Megha. But the present seems lonely and sad.

Almost immediately we follow Prithvi as he is knocking on large cargo containers in search of girls being trafficked. It seems, he will risk his life and limb to save someone, anyone.

This scene is meant to tell us about Prithvi’s saviour zeal and later we figure out why he is overcompensating.

Suddenly one day a huge, abandoned ship drifts onto the shores of Juhu beach and moors itself. There is no one on board Sea Bird, but a haunting story accompanies it.

This set up is not bad at all. A huge, silent, daunting intruder arrives at Mumbai’s doorstep, where a man is in search of a mission.

Prithvi, already troubled by his past, is now stalked by something or someone from the ship.

In between flashbacks of what transpired on Sea Bird and in Prithvi’s life, the doll makes sudden, sometimes scary appearances.

Prithvi has a dear friend, Riaz, who looks out for him and keeps telling him not to get involved in other people’s business. But Riaz’s wife senses something amiss and takes him to one Prof. Joshi (Ashutosh Rana) who waves about what we can call a Pret-Aatma Thermostat whose needle and beeps indicate the proximity of ghosts.

The film, after interval, is devoted to unravelling the mysteries of two families and, apart from the singing, stalking doll, involves a very bendy young bhootni who is inspired by ladies from The Grudge and The Ring.

As the antics of the bura saya increase, Riaz takes to smoking while the film wastes the talents of Vicky and Ashutosh Rana who, if he had been given a chance, could have scared the daylights out of us.

But here he is a dull character saddled with dead lines and an idiotic gizmo. Despite the bhoot-beeping gadget, when it comes to saving self and others from bad aatmas, he resorts to Bollywood’s favourite chant — “Om-shom, boom-broom, hreem-kleem Chamumdaya…” — while sprinkling stuff.

Eventually, via an old camera and some dusty files, the film winds its way to a mother, Vandana, in a church who gives a dard bhari look while wearing a very nice red dress.

We then land in what was once known by all as the Secret Room on the ship.

Errr… I mean if everyone knew, how could it be the… Ok, never mind.

The Secret Room is where a story of betrayal and a father who failed his own family meet. All must now redeem themselves and put ghosts of the past and present to rest because, you see, family is everything.

So trained and well-versed are we in the tricks and treats of the black arts that almost as soon as Bhoot: Part I opens, we figure that there is a stalking bhoot, while the residents of the film don’t.

So, when characters do stuff that is guaranteed to pique the interest of bhoots and bhootnis, we laugh loudly at their ignorance. Like when a couple goes on board the Sea Bird and the girl decides to hide in a locker and whispers “Bhoooooot”.

Since we know exactly what will happen to her, we chuckle at her silly obtuseness and imminent passage to the afterlife.

In fact, we are so in on the whole bhoot-bhootni business that when, late at night, there is a knock on Prithvi’s door and he goes to open it, members of the audience in the hall shouted comments and instructions at him:

And after Prithvi sees no one and is closing the door, “Ye le. Aa gayi andar.”

This predictability is engaging and inadvertently funny for a while, till it gets tiring and dull.

In horror films, impending danger is scarier than creatures shouting, making faces and crawling up and down walls and ceilings.

That's why, when we pay money to get scared, we expect that at least some scenes and creatures will stalk us for three-four days and make us jump at a sudden ring or a gentle hand on our shoulder.

Sadly, the scariest thing about Bhoot: Part 1 is the promise that there will be Bhoot: Part 2.