In a rarity for an actress, Hariprriya reaches a special milestone in her decade long career with D/o Parvathamma being her 25th film. 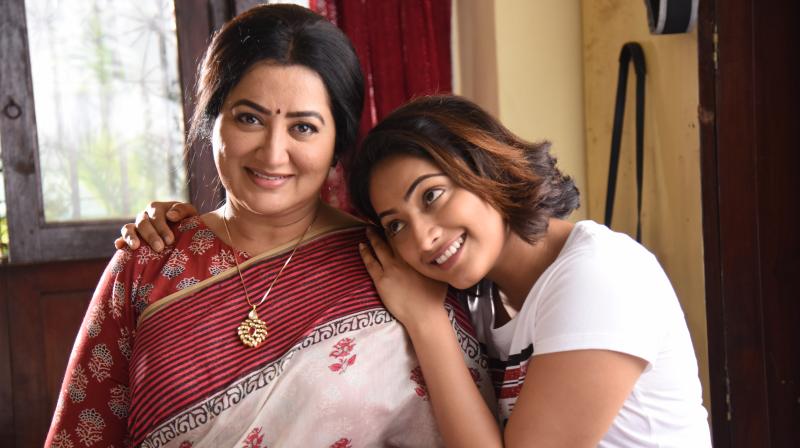 In a rarity for an actress, Hariprriya reaches a special milestone in her decade long career with D/o Parvathamma being her 25th film. From portraying pretty good and sensible roles in the recent past since Ugramm, the actress has come a long way. And in this one, she has taken it to another level by playing a special police officer, for the first time, investigating a mysterious death of a lady doctor.

Webbed around a mysterious death, the director's whodunit tale revolves around a tough and smart woman officer Vydehi, who has a good track record of cracking the toughest criminal cases. But, this one is quite a challenger to her, as the culprit is equally smart and intelligent. However, as they say, a criminal irrespective of his brilliance, always leaves behind a clue, is the evidence which keeps the officer with tomboyish character, for longing until the thriller hits the climax.

With less than two hours of duration, the movies faster barring a couple of occasion which could have been avoided, but as a whole, the maker has managed to maintain the level of curiosity which any suspense thriller seeks for. The title of the movie has very little relevance, as it is not wholly about the bond between a mother and her daughter.

Insofar as the tomboyish character of Vydehi is explained in brief with the help of montages, as the story is heavily based on handful of suspicious characters. It kick-starts with a lady doctor who is found dead in front of her car, as the police fail to establish whether it is a case of suicide or murder. It is then handed over to CID, wherein Vydehi who is the special investigator takes over the case which keeps her busy.

The role of Sumalatha Ambareesh as Vydehi's mother is a typical one, who is worried over her daughter's future and keeps insisting her to get married and settled in life. When once every characters are established, the stage is set for the cat and mouse chase game. It is Haripyriya's show all the way and decent making makes it a sensible watch. Also, a bit of freshness in presenting the thriller deserves appreciation for the entire team as D/o Parvathamma which leaves the audience happy before wrapping up it with the answer to the questions - who and why.