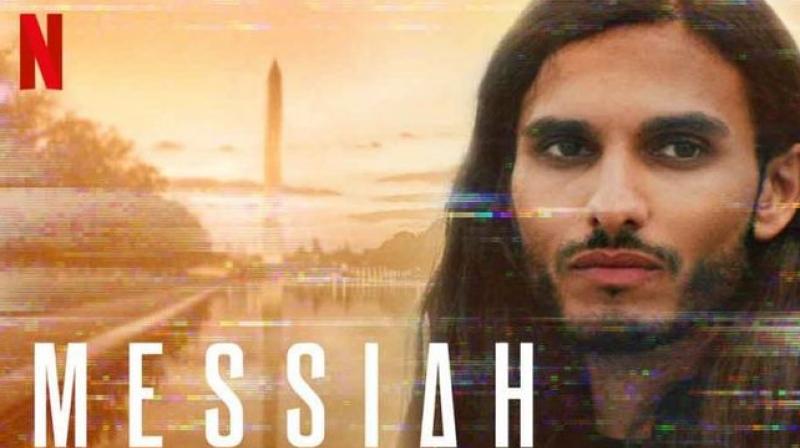 Have you ever binge-watched a series that you disliked and yet continued to watch partly out of lethargy and partly because you just needed to know how bad it really was?

I do, sometimes. And the latest one on my list of Precious-Hours-Wasted-That-Won't-Ever-Return is Messiah (Netflix).

The 10-part series starring Belgian actor Mehdi Dehbi in the title role is dull as hell because, just like so many other serials of its ilk, it is born out of America's eternal paranoia about being the hunted one, coupled with its self-serving delusion about the role it has actively played in destroying nations and generations, fanning strife in several regions, supplying arms to both sides, all the while harbouring a narcissistic white man's burden that serves no purpose except to make them feel guilt-free.

Messiah is about a street preacher in Damascus who catches the attention of a CIA officer, Eva Geller, when he leads a large group of hungry refugees to the border with Israel and they take to calling him Al-Masih.

He is captured by Israel, interrogated by Mossad's Aviram Dahan and seems to know too much about everyone. Then he disappears, only to suddenly appear in the middle of a tornado in Texas.

As all those waiting for the next coming of the lord gather around him for some answers and gyaan, he decides to treat his new-found American followers to a miracle on the Lincoln Memorial Reflecting Pool.

Simultaneously something stirs in his followers stranded at Golan Heights. All this intrigues Eva Geller and Aviram Dahan enough to keep dashing from one place to another to try and figure out who this man really is.

Messiah is terribly similar to many such serials before, but especially Homeland, but without the fabulous two actors Claire Danes and Damian Lewis. Its story and characters, including their circumstances, are depressingly similar to Homeland. Consider this: Eva Geller is an officer whose personal life is devastated and her home is a quiet mausoleum of sad memories.

To get away from it all she is focused on and devoted to her job. Aviram is separated and a drunk and has anger-management issues. He also has a past misdemeanour that niggles at him.

Am I making the series sound even mildly interesting?
I am sorry if I am.

Messiah is deathly boring because nothing happens for long periods of time. While the CIA and Mossad officers are trying to piece together information about Al-Masih, to figure whether he is a messiah or a con, they get nowhere, and so they spend their free time dissing the other about interference in the affairs of their nation and then they make out.

All things Middle East and Arab are shown as very exotic and meaningful, especially Al-Mesih, who calls himself “the voice of God”.

A doomsday scenario keeps building up as miracles keep mounting, and there is an uprising in sandy parts of the world. So considerable and scary does the impact of Al-Mesih get that the President of the United States requests his company.

This was a good clue for me to switch off this duffer show, but I really had to see how stupid it could get. It gets really stupid, and annoying.

Mehdi Dehbi gives the character of Al-Masih a self-conscious smug divinity. He only utters riddles or what sounds like vague profundities that, if you listen carefully, is plain gibberish.

Shot in Jordan and the US, Messiah has nothing that redeems it.
Please don't waste your time on it. Especially since the series ends on a cliffhanger and there won't be a season 2. Instead, I suggest, watch Tokyo Trial.