Unorthodox, based on a book by Deborah Feldman is fascinated by details and the vivisection of a community 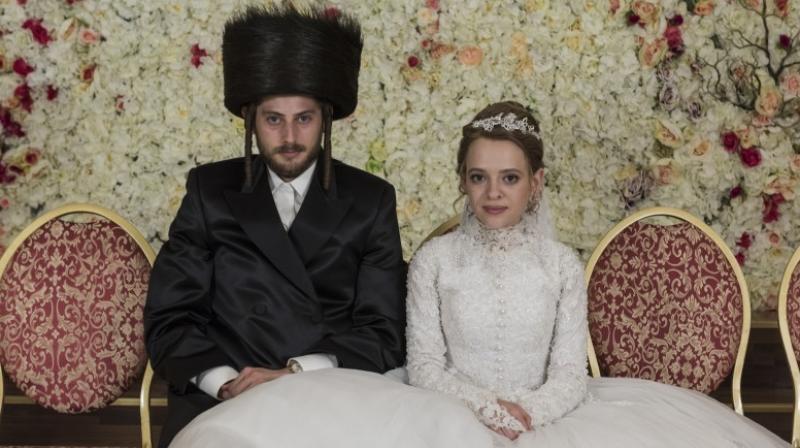 People in the West are very, very excited about Unorthodox, a mini series in Yiddish that takes a peak into the ultra-orthodox community of Hasidic Jews, known for their religious conservatism and social seclusion.

The series tells the real-life story of a woman who escaped its oppressive constraints. Given the many recommendations I received, I watched its four episodes in three instalments and now I have lots to say.

Hasidic Jews, who mostly live in New York’s Brooklyn area, specifically in a neighbourhood called Williamsburg, follow several Biblical commandments, including men must not shave the sides of their face, and married women’s hair is meant to be seen only by her husband.

So while some Hasidic women chose to cover their hair with a cloth or a wig, the zealous shave their heads as well. Most Hasidic men have two long ringlets (payot) kissing their chin and cheeks.

In the Hasidic community, the man’s job is to live a scholarly life studying the religious text, while a woman must devote herself to the faith, the family and the home.

What’s fascinating about the series is its focus on the strict traditions followed and imposed by members of the community.

Women, it seems, you can only wear high-neck blouses made of woven fabrics because that doesn't cling and show breasts. They aren’t allowed to eat out and must not talk to outsiders.

Married couples are not supposed to look at genitalia, their own and the other’s. Thus, all baby-making activities are to be done through a hole in a bedsheet, in the dark.

And, of course, sex is only allowed when she is not having her periods. If there’s ever a question about a woman’s period, her used underwear is “put in a zip-lock bag, and the husband takes it to the synagogue and pushes it into a special window.

The rabbi looks at it and pronounces it kosher or not.” Watching Unorthodox, I was mesmerised by the very expensive hats, shtreimel, that married Hasidic men wear. They are apparently made of real beaver fur and are usually gifted by the bride’s family.

There was something so compelling about men swaying while reciting verses, and yet all the time my attention was on these hats which look as if men's hair has risen and formed a large, round scaffolding around their married heads.

Unorthodox, based on a book by Deborah Feldman (Unorthodox: The Scandalous Rejection of My Hasidic Roots), is fascinated by these details and the vivisection of a community, its rules and traditions from a woman’s point of view.

Apart from the claustrophobia, what stalks the main character, Esty (Shira Haas), are the watchful, judging eyes of others, especially her mother-in-law's.

Now, in India we can barely do haw-hai am-so-shocked over close-knit cults whose members strictly follow rules and traditions given that several members of our own family and even friends may well be part of some such sect, group or be devoted to Babajis who either kick or say life’s answers lie in the red-green samosa chutney.

In my own family different members fast on different days, and detailed instructions are to be followed about what they can eat and when. I know women who will not visit temples or wash their hair when they have periods, and I have had colleagues who will not eat from their vegetarian tiffin boxes if it has been sitting in the hot-case next to a box of chicken or mutton.

Anyway, my point is that despite Indians’ visceral dislike of all others communities, their facial features, color, food, clothes, lifestyle choices, IQ it’s India’s unquestioning, almost natural, acceptance of the other’s belief, traditions, rules that makes us quite mental and fabulous.

The problem with Unorthodox is that apart from the sex through a hole in the bedsheet and the ziplocked undies, it is not likely to shock many of us.
While I quite enjoyed the details of traditions that the show focuses a lot on, I was put off by the tone that it assumes on behalf of the woman, Esty.

Unorthodox takes a creative decision to make 19-year-old Esty’s body and spirit so weighted down by her oppressive environment that it ends up fetishising her silent suffering and keeps her in a perennial state of I'm-ready-to-keel-over-and-faint.

Shira Haas is a petite actor who can easily look androgynous. The real Deborah Feldman, who I looked up on the Internet, wears short, sequin dresses, is curvy, vivacious and her whole being and body is an affront to the orthodoxy that tried to enslave her.

Esty may well be an amalgamation of many women who escaped, but the choice of the actor and the gloom that envelops her is meant to insinuate more impact of the orthodoxy than there was in the real-life character whose story Unorthodox tells. I found this dishonest and distastefully voyeuristic.