Dil Bechara cradles an overwhelming grief over an approaching death 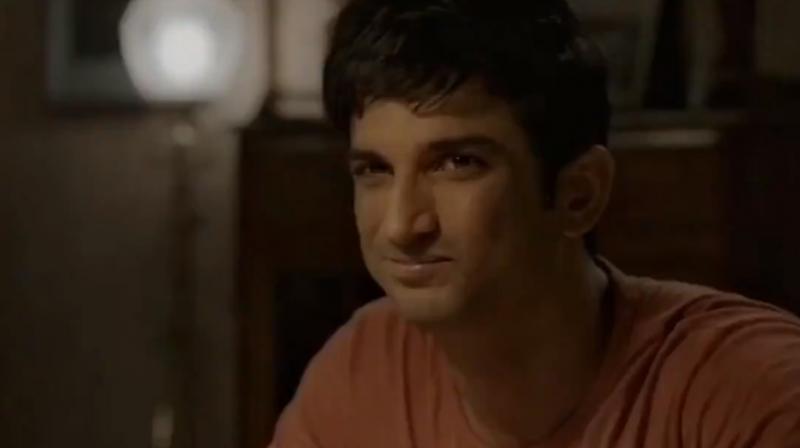 How do you review a film that is about the devastating absence of the man at the centre of it, and not so much his presence?

You review that film like you review every film — by sharing your experience of watching it, of watching him.

Dil Bechara dropped on Disney Hotstar on Friday evening and soon thereafter reports appeared that the OTT platform had crashed. Everyone who did manage to watch it must have approached it with trepidation, fear even -- of what it meant, of seeing Sushant Singh Rajput alive, of the emotions it may conjure.

Dil Bechara is based on The Fault in Our Stars, a book by John Green, which was adapted into the 2014 hit Hollywood film of the same name, starring Shailene Woodley and Ansel Elgort.

Set in Jamshedpur, Dil Bechara opens with college student Kizie Basu (Sanjana Sanghi) at a funeral with an oxygen cylinder by her side. She has thyroid cancer and she likes to attend the funerals of strangers where she hugs people who are grieving.

Immanuel Rajkumar Junior or Manny (Sushant Singh Rajput) is not exactly a college student. He should have passed out. But he hangs around the college campus, and even takes part in a dance fest, despite his limp.

He is quite filmi; he loves Rajinikant. To scratch a creative itch, he is making a film with his friend JP, Jagdish Pandey (Sahil Vaid), who is fast losing his eyesight to cancer.

Manny spots Kizie, likes her and pursues her to be the heroine of his film. Kizie is first irritated, then amused, but is soon changing dresses and posing for JP’s camera, next to Manny is a mangy wig.

Manny takes her to his special spot by a lake in Jamshedpur where Kizie makes him listen to her favourite song by one Abhimanyu Veer, who disappeared without completing the song. Or was it the album? I am not clear, because it’s not made clear. What is repeated often is that she wants to know why it’s incomplete. Despite the objections and tears of Kizie’s lovely mom and dad, this necessitates a trip to Paris, a strange, rather pointless tete-a-tete with the singer and some making out.

Though Dil Bechara is the official adaptation of The Fault in Our Stars, some changes have been made to the script and scenes that don’t add any sparkle or insight. Instead, they turn a rather intense and emotional story about a dying girl finding love into a rushed affair where things get muddled or remain unexplained.

Despite that, it is the film’s four actors, Sushant Singh Rajput of course, but also Sanjana Sanghi, Saswata Chatterjee who plays Kizie’s mother, and Swastika Mukherjee who plays the father, who add warmth and poignancy to Dil Bechara.

From the first scene itself, Sushant Singh Rajput, whose Manny is a spunky millennial with shades of Rajesh Khanna’s Anand (Anand, 1971), has a presence that roots the film.

He cracks jokes, delivers corny lines, and made me laugh loudly when he says, “Chal jhooti”. And then I collapsed, crying.

Dil Bechara cradles an overwhelming grief, not just in the story of its characters, but also of Sushant Singh Rajput and his shocking death. “Will you miss me?” his Manny asks at one point. And that’s when Dil Bechara stops being a film and becomes a moment — a moment we will all remember.

In his short life and career, Sushant Singh Rajput gave some memorable performances, especially in Kai Po Che! and Kedarnath. Dil Bechara could have been the perfect swan song had its director, Mukesh Chabbra, and writers put in a little more effort, and were a little more skilled. While Sushant Singh Rajput's mere presence is overwhelming, Dil Bechara is a bit underwhelming.

Dil Bechara, which was initially called Kizie Aur Manny, faced uncertainly in 2018, during the MeToo movement, when its director was dropped following accusations of sexual harassment. He was brought back on board when the Internal Complaints Committee of his company gave him a clean chit. Dil Bechara’s opening credits begin by thanking Rajkumar Hirani, another Bollywood director who stands accused of sexual harassment.

Sushant Singh Rajput, with his last film, has done the director a favour he may not have deserved.