The blunt thing you probably want to know most: It’s hard to see serious MCU fans walking away from this disappointed. 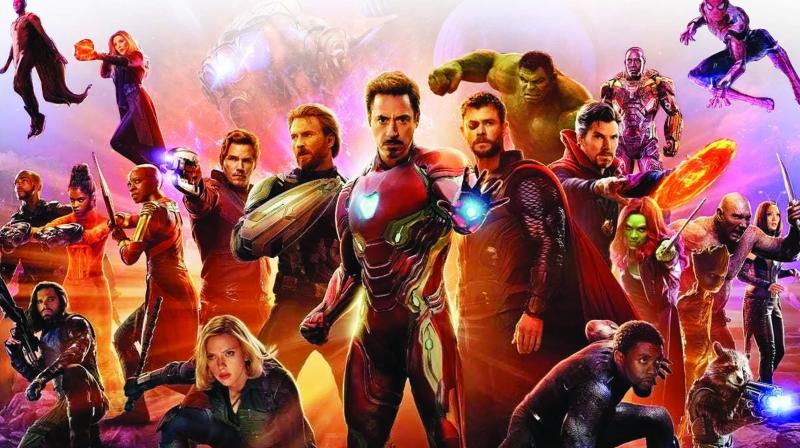 It checks all the boxes, even ticking off a few ones that fans won’t expect to be on the list.
Rating:

Avengers: Endgame is the culmination of a decade of blockbuster filmmaking, the result of years of work from thousands of people. It is designed to be the most blockbuster of all the blockbusters, a movie with a dozen subplots colliding, and familiar faces from over 20 other movies. It’s really like nothing that Hollywood has produced before, existing not just to acknowledge or exploit the fans of this series, but to reward their love, patience, and undying adoration. The blunt thing you probably want to know most: It’s hard to see serious MCU fans walking away from this disappointed. It checks all the boxes, even ticking off a few ones that fans won’t expect to be on the list. It’s a satisfying end to a chapter of blockbuster history that will be hard to top for pure spectacle. In terms of sheer entertainment value, it’s on the higher end of the MCU, a film that elevates its most iconic heroes to the legendary status they deserve and provides a few legitimate thrills along the way.

Don’t worry: I will stay very spoiler-free. The main joy of this film is in how its incredibly complex narrative unfolds, and you can go elsewhere if you want that ruined. The disappointing Avengers: Infinity War ended with Thanos finally getting all of the six Infinity Stones he so desperately sought, and then using them to wipe out half of existence, including beloved heroes like Black Panther, Star-Lord, and Spider-Man. Avengers: Endgame picks up a few weeks after “The Snap,” as the remaining heroes try to pick up the pieces and figure out if there’s a way to reverse Thanos’ destruction.

Immediately, Endgame is a more focused piece than Infinity War by virtue of having a tighter, smaller cast. (Thanks, Thanos.) It’s a more patient, focused film, even as its plot draws in elements of a dozen other movies. Whereas Infinity often felt bloated, Endgame allows some of the more iconic characters in the history of the MCU a chance to be, well, heroic. No longer mere pawns in a Thanos-driven plot, Iron Man, Captain America, Black Widow, Hulk, and Thor break free of the crowd, ably assisted by Hawkeye and Ant-Man. In a sense, this is the new Avengers, and the tighter group of superheroes reminded me of the charm of Joss Whedon’s first Avengers movie, one in which strong personalities were allowed to bounce off each other instead of just feeling like they were strapped into a rollercoaster headed in the same direction. It also allows space for some of the best acting work in the franchise, particularly from Chris Evans and Robert Downey Jr., who one realises while watching this have turned Captain Amer
ica and Iron Man into something larger than life for a generation. The most satisfying aspect of Endgame is in how much it provides the MCU’s two most popular heroes the story arc they deserve instead of just drowning them in a sea of cameos by lesser characters from other movies. In the way it canonises them, it becomes an ode to the entire Marvel Cinematic Universe.

What works best about Christopher Markus and Stephen McFeely’s script for Endgame is that one feels, for arguably the first time, a sense of looking back instead of merely trying to set the table for something to come. This film incorporates elements of what fans know and love about the MCU, recalling character beats, origins, and the plots of movies like Iron Man, Guardians of the Galaxy, and Captain America: The First Avenger. Call it cheap fan service, but one of my biggest issues with these films, especially Infinity War, has been a sense that they’re merely commercials for movies yet to be made. Endgame doesn’t have that. Sure, the MCU will go on, but this movie has a finality and depth given to it by MCU history that the others have lacked.

Of course, it needs to work as just a movie too. The middle hour is as purely enjoyable as the MCU has ever been, but there are times when I wished I could sense a human touch below the incredibly-polished, carefully-planned surface of Avengers: Endgame. In the long build-up first hour, I longed for one of the pregnant pauses about the seriousness of the situation to lead to something that felt spontaneous or an acting decision that didn’t feel like it had been run through a committee. Every single aspect of Endgame has been foreshadowed for years by other films and finely tuned by the hundreds of people it takes to make a movie like this one. The result is a film that often feels more like a product than a piece of art. Roger Ebert once famously wrote that “video games can never be art,” but he may have been surprised to see art becoming more like a video game, something remarkably programmed and determined, lacking anything that really challenges the viewer.

However, people aren’t lining up at dawn for Avengers: Endgame to challenge them. It’s really about rewarding commitment, fandom, and expectations. Whatever its flaws, Endgame does all of that, and with a sincere admiration for the fans who have made this universe a true cultural phenomenon. The stakes are high and the conclusions actually feel resonant. It’s an epic cultural event, the kind of thing that transcends traditional film criticism to become a shared experience with fans around the world. The biggest question I had coming out was how they could possibly top it ten years from now.

By arrangement with Asia Features