Bulbbul’s story and story-telling are both shrouded in mist and mystery. It finds power in stuff left unsaid. 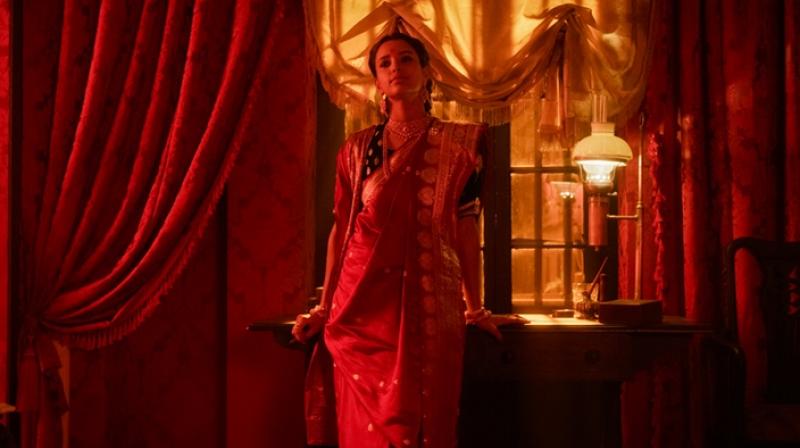 Bulbbul, written and directed by Anvita Dutt, is set in 1881 Bengal Presidency, but it could be set anywhere, anytime. Its theme is ubiquitous and its story has that particularly feminine, itinerant spirit which finds a home everywhere.

Bulbbul, a tale that sits daintily in the real world but dangles its feet in the universe of fairies and fables, is about how the world order is pivoted on male desire, and how this world reacts, with rage and revenge, when it encounters female desire.

It’s a ghastly, plausible account that takes flight into the fantasy world, its insurgent spirit not seeking an escape, but to subvert the narrative that men and patriarchy have created, and claim it as her own.

Little Bulbbul is getting married, seemingly to Chote Thakur Satya, but she is actually to be the wife of Bade Thakur Indraneel (Rahul Bose), who lives in a majestic haveli with his twin brother, Mahendra, who is not all there. There’s also Mahendra’s wife, Binodini (Paoli Dam).

Bulbbul is tiny, but she’s no pushover. She reacts to male entitlement that, even in its nascent stage, is casually offensive.

She arrives at the haveli with a husband, but is more interested in spending time with her friend Satya who, to distract her from her sadness at having to leave her house, told her the story of a chudail.

But the haveli is a dark place where only male desire must be pandered to.

As Bulbbul grows into Badi Bahu with a husband who dotes on her, the only other woman in the house looks on with yearning and malevolence. Bulbbul’s friendship with Chote Thakur blossoms, the two of them growing up creating stories together. And in this Binodini Didi sees an opportunity.

A calculated but casual remark about another plants the seed of doubt, and soon the frail male ego goes limp.

Satya is sent off to England and before Bade Thakur packs his own bags, he leaves Bulbbul with scars that won’t ever heal.

Several years later Satya Thakur (Avinash Tiwary) returns from England to find the house empty of most of its inhabitants.

He brings back Binodini Didi, who is now a widow, and being the only man, he appoints himself as Bulbbul’s moral guard. He especially doesn't like her spending time with Dr Sudeep (Parambrata Chattopadhyay).

In the village, meanwhile, there are murmurs and a police investigation — about murders and a chudail.

The story of witches is the story of women — celebrated and worshiped when they conform, and demonised, vilified, hunted for having desires, for wanting, for yearning, for seeking the freedom to choose.

Anvita Dutt's Bulbbul is produced by Anushka Sharma and is a fiercely feminist tale. It takes characters and tropes from classic myths and folk tales to gnaw at patriarchy. It smiles and hums when it draws blood.

Bulbbul’s story and story-telling are both shrouded in mist and mystery. It finds power in stuff left unsaid.

For a long time we are clueless, happy to be seduced by the haunting humming of a girl and gorgeous Bulbbul lolling about in the imposing haveli.

Bulbbul is shot and edited beautifully, as if each scene is a piece of art, a painting. There’s a heady craziness to its camera work. Much like a chudail, it swoops up, comes up close and flies away at whim.

Many of its scenes are bathed in a single tone — red, pink, yellow -- giving the film an otherworldly texture, an eerie tinge, as if the mood of the witch at the moment has coloured everything she sees.

Rahul Bose doesn’t have much dialogue, yet he plays both Indraneel and Mahendra with different shades of madness. He is very, very good. Powerful. Saying more would be revealing, except that in one particularly violent scene he gave me the chills.

Avinash Tiwary has a lanky body and a big face, and in both he carries the mood and timbre of yore.

Tripti Dimri’s Bulbbul is different from her Badi Bahu.

Her Bulbbul embraces life, says things she is not expected to. But Badi Bahu doesn’t say much. She just smiles mysteriously, till we eventually figure out why.

As the keeper of the haveli’s many secrets, her Bulbbul does what Binodini Didi said repeatedly — “Chup rehna”, only to eventually let out a yelp that’s devastating in its rage and sadness.