Sadak 2: This road to boredom is paved with eighties' cliches

Watching Sadak 2 felt like he had regurgitated the indigestibles of Sadak, which wasn’t a great film to begin with 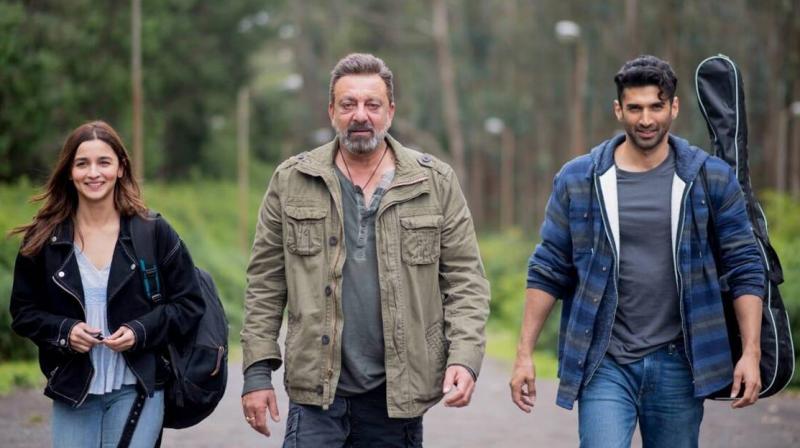 Sadak 2 is a homely production of the Bhatts. Daddy Mahesh Bhatt has directed his younger daughter in a sequel to his 1991 film, Sadak, which starred his elder daughter, Pooja Bhatt. Both films were produced by his bro, Mukesh Bhatt.

Sanjay Dutt was the hero of that film, and he is the hero of this film as well. He bashed up bad-guy Sadashiv Amrapurkar then because, I suspect, he kept stealing the heroine's clothes and wigs and prancing around in them.

Now too he beats up the baddie, Gyaan Prakash "Guruji" (Makarand Deshpande), when he appears in a gotta-patti lehnga-dupatta that the heroine had probably kept for a special night.

Daddy Bhatt has returned to direction after 19-20 years. In his long career, the prolific director made Arth, Saaransh, Janam, Naam -- stellar films in a large pool of tedious mediocrity. But he has never in his life made a film as bad as Sadak 2.

Watching Sadak 2 felt like he had regurgitated the indigestibles of Sadak, which wasn’t a great film to begin with, but worked then because of the innocent impishness and lisp of Pooja Bhatt, Sadashiv's stellar evil act and catchy songs.

Sadak 2, which is quite literally set in Sadak — in the sense of what became of those characters — takes off on the exact same journey with ill-conceived characters who seem to belong nowhere except the godowns where terribly tacky, B-grade scripts of the 1980s were discarded.

Aarya (Alia Bhatt) is a riche-rich heiress of the Desai Group of Industries, owned by Papa Yogesh Desai (Jisshu Sengupta) and mummy Shakuntala. At 21, she is to inherit it all.

But Shakuntala is dead and replaced. Nandini Maa (Priyanka Bose) is Aarya’s maasi and new mommy. She is also, perhaps, the murderer of her sister at the behest of Guruji.

So Aarya rages and devotes herself to waging an Instagram war against him. This involves wearing a hoodie and entering his ashram to set fire to Guruji's larger-than-life cutout.

I request you, dear reader, to pause and consider this: Aarya in a hoodie first spray-paints “BADLA” on Guruji’s cutout, then pours petrol on it and sets it on fire. As it burns, she starts recording it and posts it on her @IndiaAgainstFakeGurus account, #Victory.

What was the point of spraying the word “BADLA” when she was going to set fire to it?

Aarya is deemed mentally unstable by Nandini Maa and given the aforementioned sequence of events, there may be merit in that diagnosis.

Meanwhile, somewhere in Mumbai, Ravi (Sanjay Dutt), the owner of Pooja Tours and Travels, is crying and smelling a saree. He keeps talking to Pooja under whose large black & white poster a scented candle burns. He is so sad that he decides to off himself. But the ceiling hinge can’t take his weight. He is rushed to the same psychiatric hospital where Aarya is being treated.

Upon return, Ravi gets busy trying another contraption to off himself, but Aarya, having escaped her luxurious house that looks like a banquet of banquet halls designed by JJ Valaya, keeps knocking on his door. It seems that three months ago Pooja took her booking to be driven to Kailash Parvat.

Meanwhile, Gyaan Prakash appears in a tiny black dhoti and wearing the entire Tribal collection of Amrapali jewellery, in gold. His hair is frizzy and so is his ominous chatter which amounts to ordering the offing of a young heiress.

Enroute to Kailash, Aarya tells Ravi to take a detour to a jail. When he asks why, we are treated to a dull millennial flashback that involves trolling, devoted activists and a meeting of the two.

Vishal emerges from Central Jail with a guitar dangling on one shoulder and an ullu in a cage in his other hand. It's as if he wasn't serving a sentence for a heinous crime but was invited by the inmates to sing and strum his guitar for a weekend gig.

Ravi doesn't like Vishal, but he likes Kumbhkaran the ullu and they briefly form a bond which reminded me of Iqbal and Allah Rakha (Coolie).

In flashback we see Aarya and Vishal arguing over the need to fight andh vishwas and rich kids faking concern, all without even a hint of irony given the fact that they are on their way to Kailash Parvat to say Har Har Mahadev.

Aarya discovers that at least two people she trusted have been planted by Guruji to off her, and Ravi decides that given Aarya’s mental state and the irritating imbecility displayed by Vishal, one Hathkata goon (Gulashan Grover) and a cop played by Bollywood’s always reliable overactor (Mohan Kapoor), he has to take charge. So he goes forth alone, chanting Ram Naam Satya Hai. Lucky for him, all the people he needs to off are gathered in the banquet designed by Valaya.

After a bloody “thish-thish” climax comes a press conference. This scene, which goes on and on, is so bad and boring that I felt like not only had we just been served the most tasteless dish by a chef we had gone to expectantly, but as he turned to walk away, he let out a loud, smelly fart.

Alia Bhatt has never been so bad or looked so lost, although the same can’t be said about Aditya Roy Kapoor. Like in many of his films, here too he seems as if he had come to the sets to hang, but was suddenly told to go change and say two-three lines.

Watching Priyanka Bose "act" is a chore. It's as she can only play Lady Macbeth going mental, over and over.

Sadak 2’s screenplay, written by Mahesh Bhatt and Sumitra Sengupta, was probably completed on a post-it note. It first festoons it's two young characters with random millennial characteristics and ticks and then incarcerates them in a story from the 1980s.

Every cliche that had been discarded and forgotten is revived to fill in two hours.

Mahesh Bhatt's forte has always been neurosis, quivering love, intense intimacy, insecurity. But here, with characters created out of Bollywood’s thin air, it’s all either claustrophobic or plain stupid.

Sanjay Dutt still has the power to command the screen, but he has just two things to do here -- look teary-eyed at Pooja’s photo, or babble to her pret aatma that talks back sometimes.

Jisshu Sengupta is quite good, but Makarand Deshpande, who came all dressed up to be the centre of a bad boy party, gets one-and-a-half scene, an itsy-bitsy lungi and no conditioner. Any wonder he stole the heroine’s clothes?