Rapping is not for faint-hearted girls, says Hard Kaur

Hard Kaur feels remakes are nothing but lazy work and talks about being a hardcore romantic. 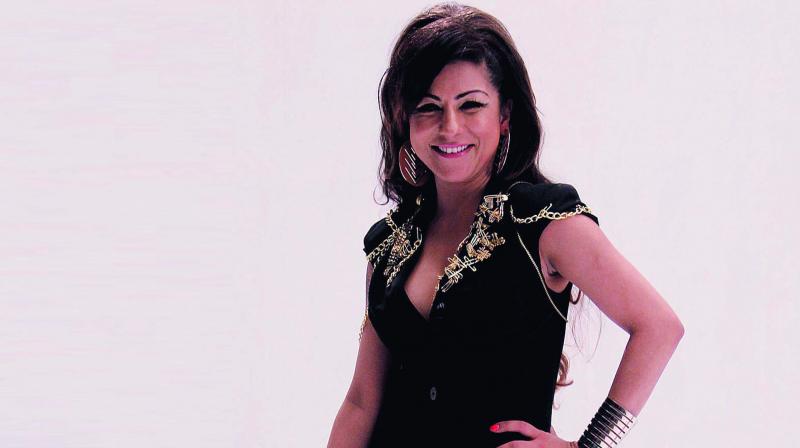 Rapper Hard Kaur is back with what she does the best — a party number. Much to the delight of her fans, she recently released her new party track Jhumka Gira Re, which seems to have come after some while as we haven’t been hearing much of her songs lately. Clarifying that she has been around, the singer says, “I released Sherni last year. A few months back, I had released Tiranga. But I guess, fans were expecting a party song from me, which is more of my style. Tiranga being a song dedicated to Indian army, people didn’t care much about it. It hardly matters that the song wasn’t a commercial hit but I felt I should do my bit for the army and believe me, our soldiers loved the song. That was enough for me,” and she adds, “The kind of hardships army men go through, not for the money but for their duty, is amazing. We can talk nonsense about them on social media but we have no idea about the harsh realities. I support them and I believe in taking actions and doing our bit for them.”

She feels that not just the debates surrounding the Indian army, but every small issue is being blown out of proportion these days and her new song wants people to chill. About the track, she informs, “This is not a remix or remake of any song. It just reminds people of an old song. Mera jhumka Bareilly mein nahi gira and I am showing the contemporary high-end fashion in the video. You need a brain to create something original. The video features this new kid named Mix Singh, who didn’t have money to collaborate with any big artiste. Then I came forward and we created something different. In fact, now the song is released, I fear people might think it’s a remake because of the title.”

But isn’t every hit track these days a remake of an old song? She opines, “Why would I want to do something that I hear everyday? I wanted to give music lovers something fresh. A good party song also needs effort. But if you are like ‘Bhai kuch bhi nikalo na, apna gaana aana chahiye’ then you will make remakes. People have internet, they can hear the old songs if they want to. You can’t keep fooling the listeners. Such musicians are lazy and believe in taking short-cuts.”

Hard Kaur is arguably the only female rapper who is successful in India. Why aren’t there enough female rappers around? The singer reasons, “I have been rapping since 1994-95 but I haven’t found another female rapper. It’s because it’s a male-dominated industry where the boys can make your life hell. I have given up on my family, love life and what not to create a niche for myself and to prove that girls can rap too. You need balls to do it. Frankly, I’ve gone through so much, I wouldn’t let my kids venture into it because I know what a hellhole it is. I wish to see some girl who has that much belief to pursue it, not for money or fame but for passion and love for hip-hop. Rapping is not for faint-hearted girls.”

Gender disparity apart, the present rap scene in the country doesn’t impress the British-Indian rapper as well. “Rap can also be about political and social issues but in India,  we think rap means to put women down, bling-bling and cars. Songs like Sherni are for my soul satisfaction. Nobody remembers why we began rapping in the first place. But thankfully the underground hip-hop has begun to get some respect and my next project will provide space for such rappers,” she says.

Ask for her take on actors doing playback and pat comes a tongue-in-cheek reply, “I acted in Patiala House but that doesn’t mean I know acting.”

In her new song Hard says ‘karun na main shadi’ but does she really mean it?

She replies, “I am an old-school romantic living in a hook-up generation. It’s okay for people to be promiscuous but I’m not like that. I need true love, mila toh theek, na mila toh bhi chalega. It’s all about destiny. My true journey is music.”