Carnatic and the core of it

Carnatic contemporary band Rasiga performs with an interesting blend of traditional and contemporary songs that will leave you wanting more. 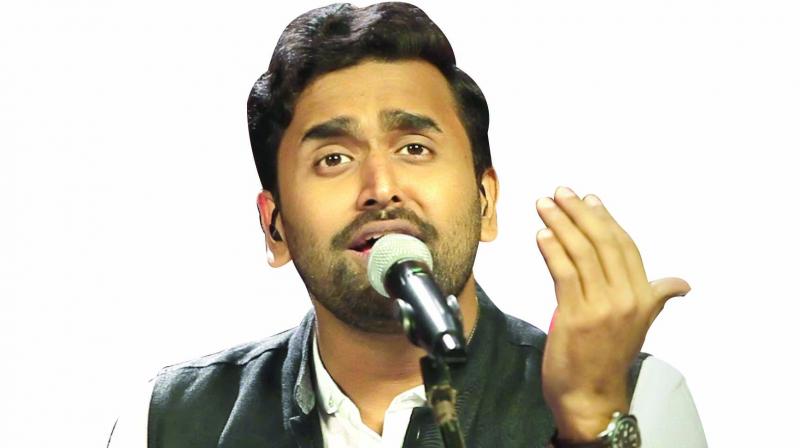 What could be common between Carnatic music and contemporary jazz? If you were in front of the TV when the Carnatic contemporary band Rasiga had performed, you would know the answer. The recently-formed band’s concert saw talent musicians performing unique music forms with the likes of Carnatic vocalist and composer Sudeep Palanad and vocalist Remya Vinayakumar.

Rasiga is the end result of a bunch of dedicated artists and friends who came together, finding new ways to blend the two different genres. Remya, a founding member of the band, says that she always wanted to experiment by mixing  contemporary with Carnatic music. “Several Indian artists are presenting their interpretations of Indian music. Many of these acts take Carnatic music as their base, but they mix and match flavours to create new sounds.  We want to be different from other contemporary Carnatic bands and tried to make it simple,” she says.

Sudeep, who shot to fame after the release of the song Baale, says the base of their songs is Carnatic and we never change it to make it ‘appealing’ to everyone. “Of course, we add some features to make it appealing for everyone, including the ones who are usually not fans of Carnatic classical music. But we cannot shift from the core.”

Asked about collaborating contemporary music instruments like jazz guitars and drums with traditional Carnatic music, Sudeep says he finds it easier. “Pure Carnatic music has its own space and set of audience, which is growing. We all keenly follow Carnatic concerts and are big fans of artists like TM Krishna, Ranjani – Gayatri and Sanjay Subrahmanyam. It is because of this deep love for this format that as a band, we have chosen to stick to this format and to take it to a wider audience base. And as expected, people come to us with comments that they never thought that they could enjoy a thodi so easily. So this shows not only that our attempt is worth pursuing but also the power and scale of Carnatic format,” says Sudeep who had collaborated Spanish flamenco guitars with Carnatic raagas.

Though they have used western instruments which has added extra pace to their vocals, Sudeep says they tried to use flute, violin and mridangam in a Carnatic way. “The idea is to present Carnatic format to a general audience. So our challenge is to preserve the Carnatic mood while packaging it with some popular numbers. We make sure the balance is always maintained. We take care of this balance in our content as well as the instruments that we choose,” he adds.

The band has already featured in popular TV shows. They have released four original compositions during the show and are preparing to release their album.