The journey of a Kshmr drop 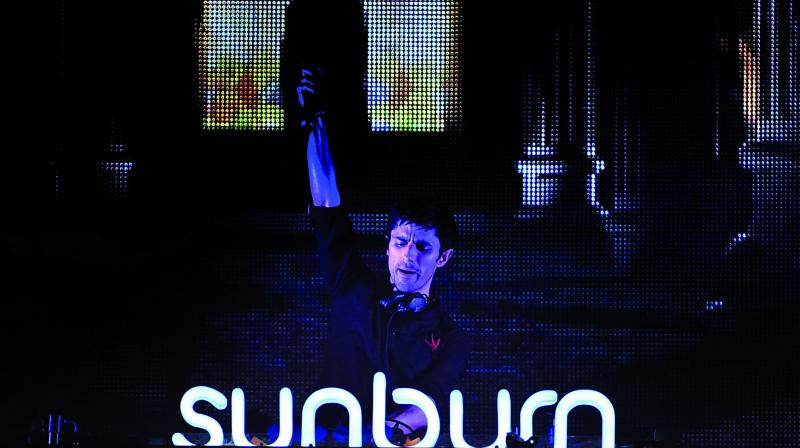 EP is a 30-minute long playlist consisting of five songs that incorporate the sounds of the jungle with a fast-paced gripping plot.

When Kshmr launched his EP, The Lion Across the Field, in May last year, it was an immediate hit with his audiences. For him, the concept of crafting an EP was to tell a story. “Since my very first live show, animated stories have played a huge role in my performances. This EP was an animated story (through graphics) dedicated to my little brother, which I made it into a song,” he recalls.

The EP is a 30-minute long playlist consisting of five songs that incorporate the sounds of the jungle with a fast-paced gripping plot. However, before this EP could come into existence, Kshmr couldn’t quite define his music. “I started fusing one genre of music with the other to understand my sound. I continued with this till I created something that felt right to me. While mixing different notes, I realised a lot of my sounds had Indian elements, which struck a chord with not just me, but also my audiences,” he recalls.

Niles Hollowell-Dhar, better known by his stage name Kshmr, revealed himself on the main stage of Ultra Music Festival in 2015. Justifying his stage name, the American-Indian DJ dismisses the notion that his stage name evokes a sense of mystery. He says, “My stage name got people speculating about my relationship with Kashmir and India. My grandparents are Kashmiris, but to be honest, I hadn’t thought much about it myself. I started thinking about my roots later and through music, I feel connected to it.”

In a span of two years, Kshmr has had associated acts with some of the biggest names in the electronic music scene. After leaving the hip-hop duo, The Cataracs, Kshmr made his debut solo in 2014 and, in 2015, Kshmr was number 23rd on the DJ magazine’s Top 100 list. The following year, he climbed up eleven positions to reach the 12th position on the list. When asked the reason behind his successful growth, he dedicates it to hard work. “Hard work is an important aspect of growing up. If you work hard every day, if you push your limits every day, eventually you are bound to succeed,” he concludes.