She talks about collaborating with Anoushka Shankar, facets of the art she has explored, and what music means to her 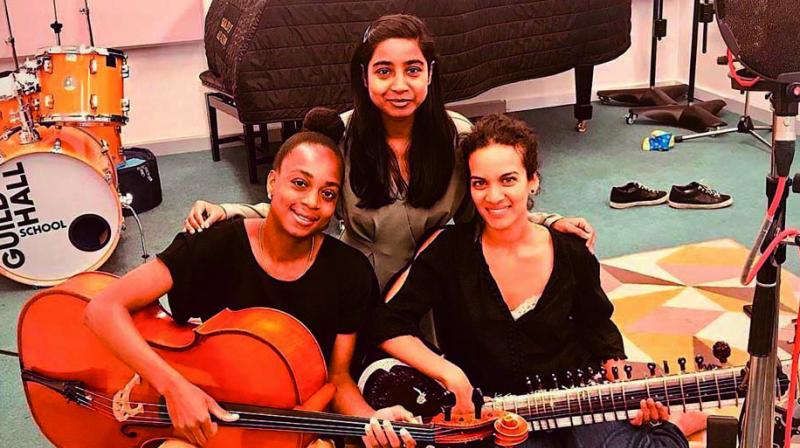 Shilpa Rao's father made her go to music classes, but to be a musician was never her ambition.

That is, until, as a teenager, she met veteran singer Hariharan and everything changed.

Singer Shilpa Rao found her calling and Bollywood got another voice to remember.

Today, Rao has hits like Javeda Zindagi from Anwar, Khuda Jaane from Bachna Ae Haseeno, Yaariyaan from Cocktail, Ghungroo from War and the title track of Kalank, to name a few, under her belt.

From singing jingles to collaborating with musicians like Karsh Kale, Agni and Noori for Pakistan Coke Studio —the only Indian to do so —the 36-year-old enjoys an extensive musical career.

Adding another feather to her cap, the English Vinglish singer has recorded a single — Those Words — with six-time Grammy Award-nominated sitarist Anoushka Shankar.

“It is a narrative of a woman who is recently separated and she is talking about her memories of the relationship. She is trying to remember what the relationship was like,” says the musician about the song, which was a collective effort between Shankar, Rao and cello player Ayanna Witter-Johnson.

Rao, who has known Shankar for quite some time now, finds the sitar player to be comfortable with. “Both of us love to sit and work together. We sat down and went line by line as to how to go through the song. It is more like one musician meeting another so the space to be in is easy, it is that simple,” she shares.

Rao is also the only Indian singer to have taken centre-stage at the Glastonbury Festival in London that is known to feature the world’s best artistes.

“All my music there was fresh Indie music, nothing from my Bollywood repertoire. Since I represented India, I chose to sing in Hindi and Punjabi,” recalls the singer, who had the audience so moved by the compelling emotions through her music that many came up to her asking for the meaning of her songs.

Having worked with an array of music directors in Bollywood, she feels each has a unique creative process.

“All of them, Pritam, Vishal-Shekar, Muthoon, have a different style of working and it is fun to have that kind of palate,” she smiles.

Talking about her many collaborations and having dabbled in various genres and languages, Rao believes that every collaboration and song is a journey inward.

“When I am doing a song, the most important thing is how I feel for it and what it adds to my life as a musician. You find out so many things about yourself,” she muses.

Though she has won many accolades, in 2013, after the release of her song Manmarziyan from Lootera, she reached a point where she felt she was looking at a dead end.

“I was doing a lot of work, and it was getting the kind of recognition that it deserved from audiences, but I wasn’t achieving the stature that I should have. So it was getting to me. It used to really hurt when a lot of cover singers who gained popularity singing my songs were more popular than me. So, after Manmarziyan, I went into a shell, and I gave up,” shares Rao, adding, “I was brought up in an environment where I knew I had to sing well, and that’s how I function, not by marketing or publicity.”

She only did recordings and live gigs because that's where she felt she would thrive. “I still feel very nervous going for a recording,” confesses the Tose Naina singer.

To cope, she packed her bags and travelled around the world, and also found a friend in composer Pritam.

“I met a lot of new people on my travels who had nothing to do with my profession, and with whom I just had conversations. It just changed the way I looked at things and gave me a perspective on how to zoom out and look at the self,” she says, adding, “With Pritam, I can speak about anything under the sun because I connect to him on a very human level. I started doing that with people only post 2013.”