With her strong understanding of Raagdari music, Pooja Gaitonde is one of the most sought after Sufi singers of her generation. 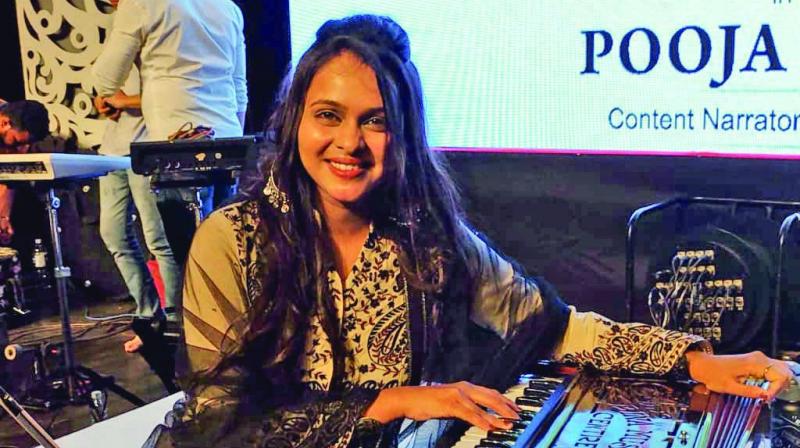 When Ghazal and Sufi music is mentioned, one is reminded of the lyrics and voices of the legends like Jagjit Singh, Pankaj Udhas, Abida Parveen, Gulam Ali or Rashma, among many others. While both music genres found their feet in the Indian subcontinent, there has been significant overlap with other music genres in India, resulting in a decline in the number of Ghazal and Sufi musicians. Among the notable one still standing is Mumbai’s Pooja Gaitonde. With a strong foothold in traditional Raagdari, Pooja’s Ghazal and Sufi compositions leave a deep impression, owing to the energy that emanates from her consistent search for true and living expression.

“My very existence is music. I am all about the music because my soul lies there,” says Pooja, who recently took the centre stage at Rangreza — Shades of Sufi Kalaam followed by Paddy Fields, India’s premiere Folk and Fusion music festival in Mumbai. With her free-spirited voice, the singer renders stimulating kalaams and couplets of Sufi saints like Hazrat Amir Khusro, Meera Bai, Kabir, and Bulleh Shah. “My concept of any concert is to communicate that God is one and religion can’t form a base for spirituality,” she explains.

Pooja began learning music at the age of 10, and gave her first Ghazal performance when she was just 14, since then she has never looked back. “My mother made me learn classical music and thereafter I started learning light music. It was my trainer who felt that my voice is more suitable for Ghazal and Sufi singing,” she shares, adding that her first performance was set with veteran singers like Hariharan, Jagjit Singh and Pankaj Udhas, among many others. “Thanks to my aunt who requested the organisers to give me an opportunity to sing, I was allowed to sing only one song in between when the stage was being set up for the next artist,” she recalls.

Although the organisers warned her to not to sing more than one song, the audience wanted a few more renditions from her. “After the performance, I was surrounded by people for solo concerts, and since then I turned my passion into a profession,” shares Pooja, who has shared the stage with many bigwigs of Ghazal and Sufi music over the years.

“I am blessed to perform with them. They are very humble, despite being in the limelight. They have always appreciated and encouraged me, and that forces me to work harder,” she smiles.

In over a decade of her musical career, Pooja has observed several changes in the industry and believes that every change has come with new lessons. “Everything from the audience, genres and moods to looks, emotions and feelings have changed. There is a lesson after every concert, not always musical but a lot of other things,” she reveals.

When asked about her views on fusion music, she opines that Indian classical mixed with Western music has played a major role in attracting the younger generations. The singer believes that it is well accepted in India. “But, fusion music should not become confusion. Music should touch the soul,” she signs off.