Known for lending his voice to many chartbusters, singer Nakash Aziz talks about not caring about being stereotyped. 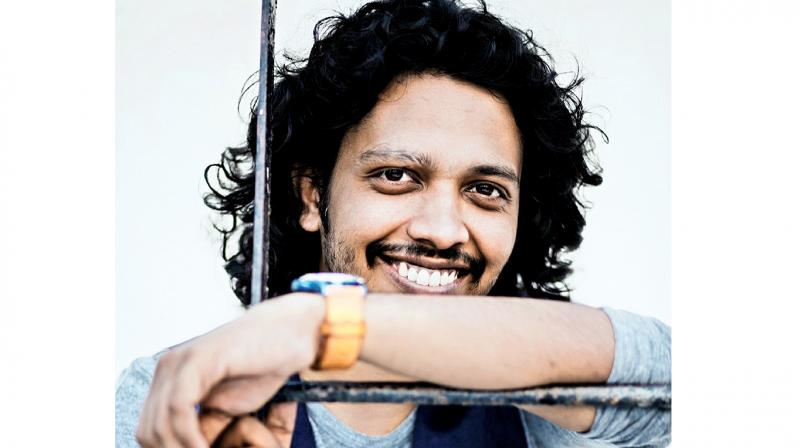 If one were to make a list of singers who have belted out multiple chartbusters in recent times, Nakash Aziz’s name will feature on it. Pungi, Dhating Naach, Gandi Baat, The Breakup Song and Selfie Le Le Re are some of his songs that have been DJs’ delight. But Nakash, who comes from a family of singers, hated singing as a kid. “I was often reprimanded because I used to play till late evening and not do riyaaz. I never put too much thought into singing till I realised that I am a decent singer and should pursue it as a career,” he reminisces.

As he narrates his story of how one thing led to another, Nakash never uses the word ‘struggle’ to describe his journey. “Even if I had sleepless nights working on my music, I enjoyed doing it. If hard work appears a struggle to you, then I think you will keep struggling your entire life,” he suggests. However the singer, who started out doing stage shows, did have his moments of self-doubt. “I have faced several setbacks, sometimes because I couldn’t do well and sometimes because my best was not good enough. When I was eliminated from Indian Idol 2, I began to doubt my capabilities. But great things happened after that because I got to work with Sonu Nigam and Anu Malik,” he says.

The singer has immense respect for A. R. Rahman, whom he assisted in many films. In the same breath, he praises Pritam for being a maverick. When asked if they are his ideals, he adds more names to the list. “Look at the path-breaking work Steven Spielberg, Christopher Nolan, James Cameron and Sachin Tendulkar have done. Also, they are all wonderful human beings. I think whatever you do should reflect you as a person,” he says.

Asked if it he is bothered by the stereotype that he is good for only peppy numbers, the 30-something singer says, “People expect something from me and I like to deliver the goods. My biggest fear is to not become irrelevant. As a child, I used to sing all kinds of songs. But in Bollywood, you get commissioned a job and there is a role cut out for everyone. Maybe some other singer is good at singing sad songs compared to me but I take it all as a learning process. I feel lucky that composers have found my strength and have shown their faith in me.”

Nakash reveals that he keeps an ear out for all kinds of music — whether it be regional music or international numbers. Having this vast knowledge base, the singer suggests that Bollywood could use more emotions for his songs. “Broadly divided, our films have two kinds of songs — the party numbers and the romantic tracks. But there are so many emotions that can be expressed. A song like Hanikarak Bapu from Dangal is good example of that,” he says and signs off, saying, “Music has the ability to bring change. I wish to create something that can inspire people to take up good work and the song should transcend borders.”