With confidence like raging fire this five-years-in-action band tours the country promoting their new album! 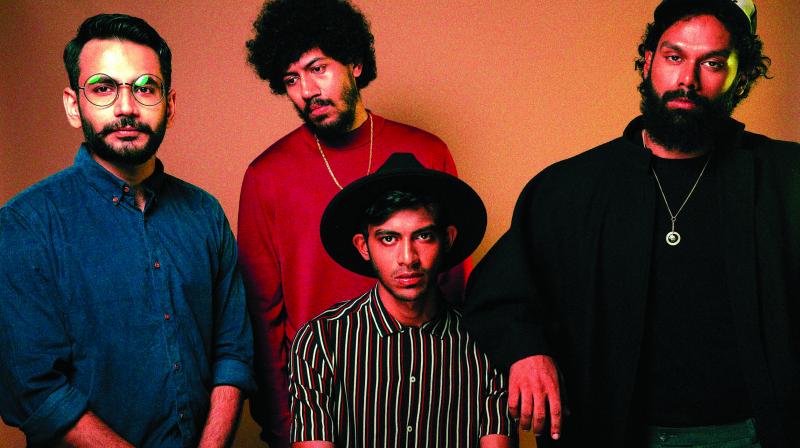 This quartet of hardcore musicians has been on a spree of releasing tracks that will change the way we look at alternative music in India. The F16S are on a tour with their latest EP - WKND FRNDS. They are all set to perform in Delhi on November 13.

“The band was formed in 2012 by Josh Fernandez and Sashank Manohar,” begins Harshan Radhakrishnan who is the band’s manager as well as its keyboardist. Though the band has never opened for other artists, “It would be fun to open for Axl Rose, just to be able to tell him he’s not that good and watch him implode with anger,” he jokes.

The alternative pop genre is relatively new in the music scene and for The F16S, apparently they were attracted to the fact that ‘it didn’t have the straight-up garbage songwriting of 80s hair metal.’ Harshan adds, “The bands that we can confidently say that we are influenced by includes The Strokes, LCD Soundsystem and Hot Chip. But having said that, if we had to choose between some of the best rock bands out there, it would have to be Soundgarden.” When asked what holds them together, he jokes, “Male sadness or the occasional meal at a fancy joint.” The band has a stellar lineup that includes -  Abhinav Krishnaswamy (guitars), Harshan Radhakrishnan (keys), Josh Fernandez (vocals and guitar) and Sashank Manohar (bass).

Since their inception, the band has received a lot of recognition for the type of music they make. They recently released a new album WKND FRNDS for which they have received warm reactions. Harshan shares, “The reaction has been very warm overall. More fans have been reaching out to us about their opinions on this album, and most of them are good.” WKND FRNDS is about passionate wailing of two lovers in separate rooms and their eventual reconciliation.

Talking about what they have planned for their performance in Bengaluru, Josh adds, “We have been playing a lot of originals. We will be playing songs from our new EP as well as road testing a few new songs for the first time in Bengaluru.” Sharing a few words of wisdom for aspiring bands, Harshan says, “Record your material, regardless of how unfinished it may be. Practise a lot.”

Talking about what’s next for them, “We are recording a follow-up to WKND FRNDS. We are planning to tour in India and have International plans as well,” he concludes.

With an end goal being to get paid for what they deserve, make more music, release more albums and tour, The F16S has a number of things lined up for the future.