Protest comes in many forms. Subramania Bharati protested passionately and his songs resonate even today as stirring patriotic verse. 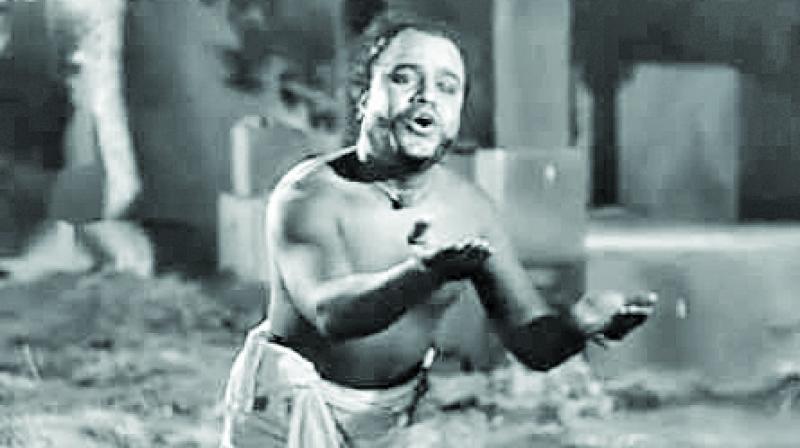 We are living in times of protest. A lot of protest music has been in the forefront lately. In passing I saw the bright young Ginni Mahi from Punjab, singing for her liberty and that of her kin, asserting her identity, redefinining gender, space, caste and equality boldy through her music.

Protest comes in many forms. Subramania Bharati protested passionately and his songs resonate even today as stirring patriotic verse. Other forms of protest are also manifest in our music. Tyagaraja’s protests are dressed in many hues. When in the sanctum of Tirupati, he sang his immortal Tera deeyega rada. He had travelled to have a glimpse of the Lord but a screen covered the sanctum, standing between him and the divine vision he craved to behold. Tyagaraja protests in gentle yet vehement tones. You are behind a curtain! Can I not see you? His remonstrance comes through softly yet vehemently.

In his lilting Chalamelara, it is a sort of beseeching, but the underlying tone is one of confidence that comes with ownership. Tyagaraja is confident of his oneness with his Lord Rama and the entreating character of the song comes as a marked protest, as a dissent against the injustice of indifference — how could you even do it he asks of his Rama in disbelief.

In the immortal Marubalka, Tyagaraja is clearly annoyed. Why do you turn a deaf ear to me? Why should you not reply even to my persistent pleas? Once again a strong protest. In Endavedukondu, a mock anger fused with a certain helplessness but protest all the same against the unwarranted behaviour of his beloved deity. In a delightful song from the Ramanatakam, Sita refuses to allow Rama to leave for the forest without her. Eppadi Manam Tunindado?

How could you come to terms with this idea, she argues. She builds up her case bit by bit, protesting, refusing to be cowed down, all in the mildest of ways.

Nandanar was one of the earlier protestors. As early as the 7th century, what could have been steamy revolt and caste politics, took the form of intense devotion poured through his songs. In such a way that it moved even the giant bull, ‘mountain-like’, that seemingly blocked entry to the temple. Deeply touched by Nandanar’s plea, the bull shifted to provide a view and a way into the sanctum. Annamacharya’s refusal to pay obeisance to the kings who wished to shower patronage on them and showing remonstrance through songs that lauded the divine, are to my eyes shining examples of music that appealed by sliding from the mainstream and calling for the simple path of bhakti. Chokha Mela in Maharashtra like Nandanar, shunned from the temple, refused entry to see his favourite deity Vitthal, sang his heart in verses that highlighted the socio-cultural structure, the pseudo-pious, the trauma of discrimination and the seemingly easy path of God love. Chokha, Nandanar, Tyagaraja, Annamayya still remain figures of appeal and inspiration for their music and poetry that speaks for them generations later.

As I conclude this piece, I receive an interesting email about books to teach children ways of protest and activism. Several strategies, several mechanisms, though curiously music does not figure on this list.

A protest is not always anti-establishment. It is also a voice for an alternative ideology, a parallel course for action, a plea that could have shades of defiance, of courage, of quiet resistance, a course of self-expression especially when it is threatened. Music allows you to do all this, melodiously.

Dr. Vasumathi Badrinathan is an eminent Carnatic vocalist based in Mumbai. vasu@vasumathi.net