If there is music that comes straight from the heart and nowhere else, it is Joik. 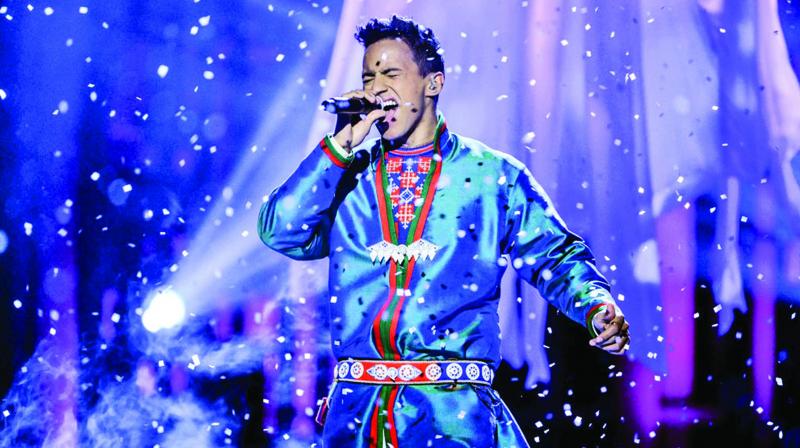 Melodies and feelings meet halfway to birth Joik music. This art form of the Nordic Sámi people from the northern reaches of Europe is remarkably unknown east of the Adriatic. However, as soon as its arguably greatest proponent, Sweden’s Jon Henrik Mario Fjällgren, belts out his composition, Daniel’s Joik, devoted to a friend whose soft words stopped him from committing suicide, one cannot help but wonder — “Where was this music all my life?”

Jon is currently accompanying Their Majesties King Carl XVI Gustaf and Queen Silvia of Sweden, who are presently on a state visit to India, as the musician-extraordinaire performing at their receptions. It must have been an obvious choice.

As it was for Jon to focus on a career in Joik music. It may not have even been a choice — “I was six-months-old when I was adopted from Colombia in South America by Sámi people who lived in a Sámi village. But my roots are Native American,” he reveals. Now, the Joik style, which often involves chantings and singing to a person, a place or nature — but more than anything, these songs capture an emotion — has its similarities to traditional Native American music. So, it wasn’t just birth-ordained for Jon, but perhaps destiny.

However, fame, or even success, did not come easy for the musician. He recalls, “I was really bullied because of my skin colour and because I was a Sámi and from Colombia. It continued right up to 2014, when I decided to commit suicide, but a friend told me that I am an amazing singer who needs to show that to the world. And then my friend passed away, which made me sadder. After that, Daniel’s Joik, dedicated to him, came to me. Then, another friend helped me get into a talent show (Sweden’s edition of Got Talent). He believed in me and when I performed there, I performed Daniel’s song, and eventually won the show.”

As soon as you hear the track and its deep orchestral sounds, mountain echo effect and evidently Native soundscape, you cannot help but be reminded of Let it Go from Frozen (even another one of his songs, Jag Är Fri, transports you to Lion King’s soundtrack). Jon, as it turns out, is inspired by movie music. “Big movie music like Disney and Titanic have definitely brought me a lot of stories and inspiration.”

So where does Joik stand in the face of mainstream Swedish music, which is primarily dominated by Pop and Electronic? Unfortunately, “Sámi music has not been played so much,” reveals Jon. And that’s where the musician comes in, showcasing the music to the rest of the world. He has also inspired many musicians to sing Joik. “People try but it’s not so easy,” he says cheekily.

Jon’s tryst with the Sámi way of life, including his work as a reindeer herder — a professional that many Sámi individuals still practice — and the strong connect of his people and their music with nature, has prodded him to work towards preserving the environment. “I work quite a lot for nature and try to make people conserve water. For me, we cannot live without nature and without water we’ll die. Mother Earth is really important,” he says, on a concluding note.