Would love to collaborate with Arijit Singh: Bluegrass Journeymen

The US based music band was in India for a show 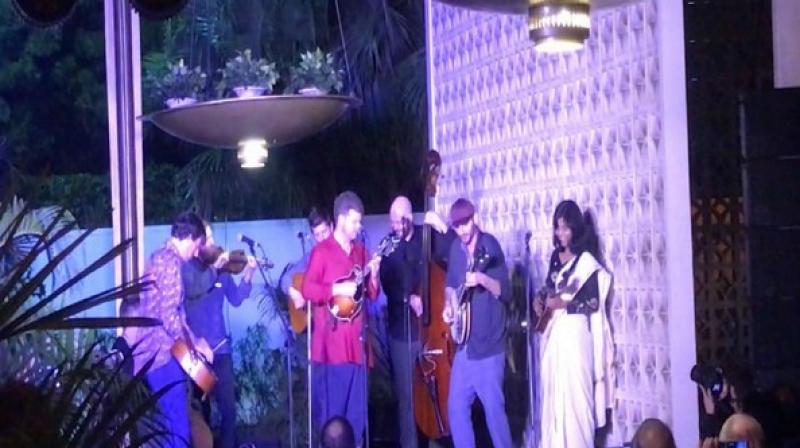 Bluegrass Journeymen performing at the US Embassy in New Delhi

"We would love to collaborate with Arijit Singh that would be really great. He has such a great voice and he is classically trained and it would be great to do a collaboration with him," band lead singer Patrick Fitzsimmons said.

Talking about the experience in India, he said, "It has been amazing. We have been to Rishikesh and Dehradun in Uttarakhand then we went to Woodstock school event and also to Beatles Ashram. "

Patrick spoke about Indian music where he highlighted its diversity and traditions.
"There is a lot of diversity to it. Every state has its own traditions and own sound. We made lots of inroads in Kolkata. Many of them have western sound to it," he added.

"I am a student of law as well as I pursue my career in music. I have country bands in Kolkata. They (Bluegrass Journeyman) play bluegrass music like me. I learned bluegrass from YouTube. It is a beautiful experience. The music is the same but the language is different," she said about the collaboration.

The Bluegrass Journeymen is a collective of accomplished musicians presenting traditional American Bluegrass Music to the world.