The state government has withdrawn the permission after facing severe criticism 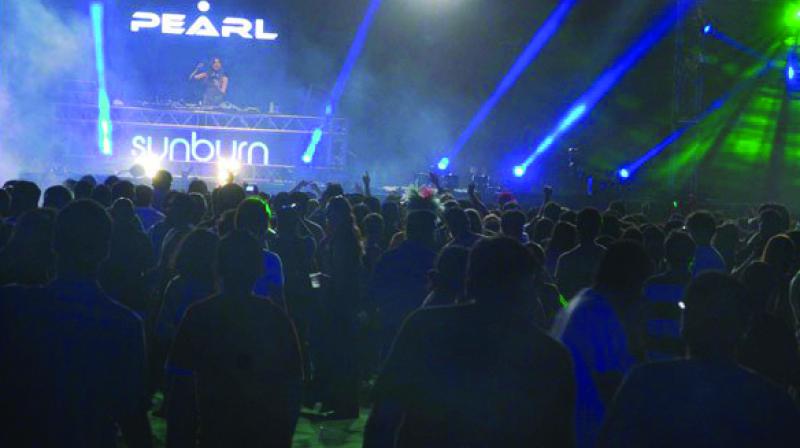 Amidst the buzz on social media created by excited fans, the Goa government has withdrawn the permission granted to organise the annual Sunburn festival in December due to the coronavirus pandemic.

The state government has withdrawn the permission after facing severe criticism, including protests by the Opposition, for allowing the festival to take place despite the COVID-19 outbreak.

State Tourism Minister Manohar Ajgaonkar said, "The decision has been taken in view of the pandemic situation in Goa. We don't want huge crowds to gather as it can lead to the spread of the virus."

Reacting to the development, Percept Live, the company which organises the annual Sunburn festival, said that they are ready to cancel the festival if pandemic situation worsens in the state.

On Saturday, the organisers updated the fans with an official notice regarding the rescheduling of Sunburn 2020 on their Twitter handle along with a promise of full refund to those who have already purchased their tickets.

To carter to fans residing at different geographical locations, the organisers of Sunburn introduced Sunburn Arena in 2011. It is a one-day concert held across various cities in India. Likewise they have also introduced 'Sunburn City Festival' which is a two day festival, hosted in different cities in India.

With the hashtag #TheShowMustGOAOn, On November 1, Sunburn had announced the dates on their Twitter handle, along with a link to Sunburn Goa 2020 Protocols.

This year, the audience capacity had been limited to only 20 per cent with maintanance of social distancing norms and provision for thermal scanning and Aarogya Setu App check as a part of safety precautions.