An Indian welcome for Justin Bieber

We got our hands on the “With Love From India” souvenir list that the pop legend will receive the day he sets foot in India. 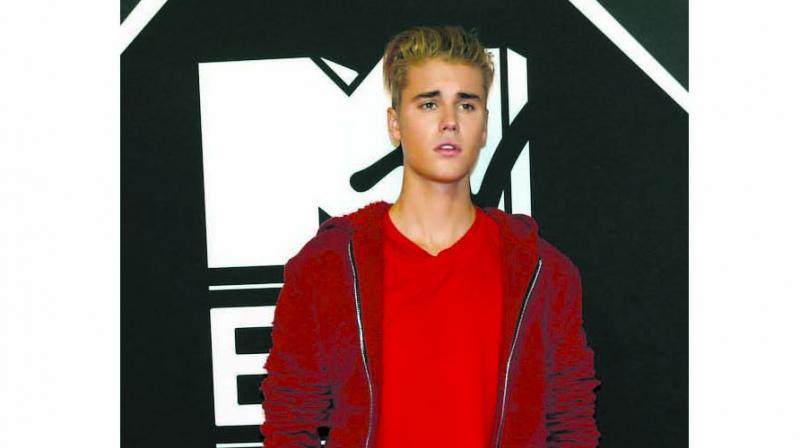 From customised Sitar and tabla, an autographed Sarod, to a luxurious biker jacket in cotton velvet with 10,000 crystals from Swarovski… Pop artist Justin Bieber will be receiving a huge luxe basket of souvenirs “With Love From India” as soon as he sets foot in India. Courtesy Indian designers and celebrities including Varun Bahl, Anamika Khanna, Amit Aggarwal, Riddhima Kapoor Sahni, Rohit Bal, and music legend Ustad Amjad Ali Khan, the luxurious limited edition mementos will comprise several different things including high-end gifts for the singer’s mother. 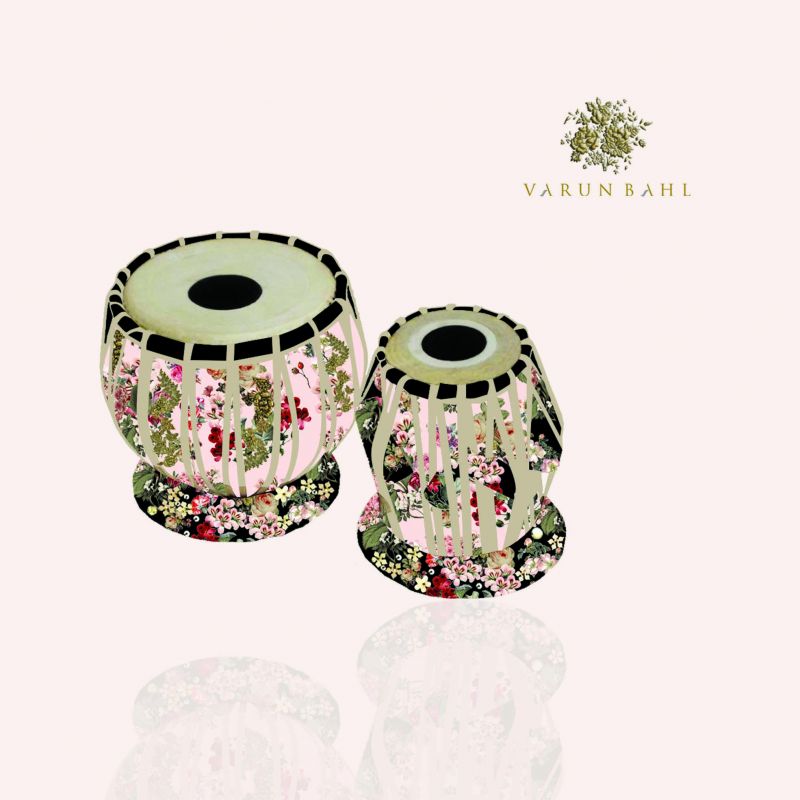 A biker jacket in cotton velvet is what design guru Rohit Bal has in store for Justin Bieber. Keeping in sync with Bieber’s universal appeal, Rohit says that ‘black’ is his ideal mood board. The entire outfit will be handcrafted and hand embroidered with sequins and crystals from Swarovski. “The jacket is an amalgamation of Justin’s personal style, Indian music along with my vision of a cross-cultural fashion statement. I have tried to inculcate elements from the rich music lineage of our country in the form of beautiful classical string instruments like the sitar, sarangi, and veena.

And finely embroidered and handcrafted them using over 10,000 crystals from Swarovski on the luxurious velvet base,” he says, adding, “Blending in with these instruments will be my signature Indian lotus motifs.” The concept behind the jacket, he says, has been to create a versatile look suitable for an event or a stage performance. 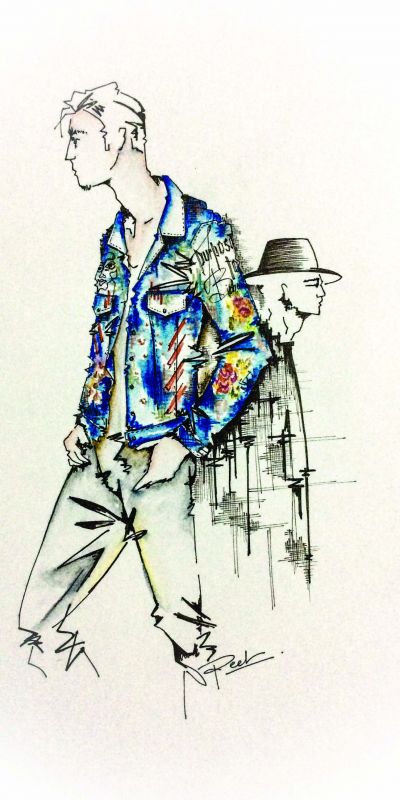 Designer Varun Bahl, on the other hand, has personally curated and embellished two traditional Indian musical instruments, the sitar and tabla, as a gesture of intercultural synergy and India’s grand hospitality. Bahl will decorate both these instruments with fine silk, floral artworks, and highlighted metallic works along with delicate beaded tassels for detailing. He states, “Music knows no boundaries. The beautiful sitar and the tabla reflect the core of Indian traditional music and our dynamic culture. Adorned in my signature floral motifs and intricate embroidery, these instruments symbolise the inter-culture amalgamation of both the worlds.”

While designer Amit Aggarwal is creating a jacket with khadi with metallic hints with malleable recycled polymer sheet used on the sleeves fusing traditional weaves with industrial waste, noted designer Krishna Mehta has created an Indo-Western formal shirt with modern, geometric lines and metallic threads with an aim to achieve a fierce look, much like the superstar himself, and his work. “It’s an homage to the singer’s character and stage persona,” she adds. 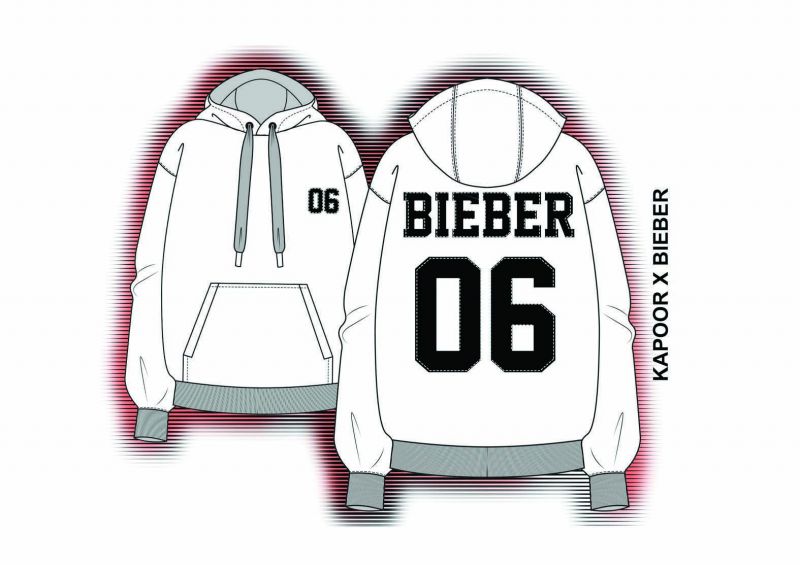 Youngbloods from the fashion fraternity are also participating in this gesture.  Designer Prasenjit Das is creating a hand-painted denim jacket with graffiti design work for the artist and Dhruv Kapoor is presenting an oversized hoodie jacket, and designer Ragini Ahuja is creating a bomber jacket in destroyed denim with sheep leather shoulder, collar and pocket flaps and a witty tone graphic tee shirt by Balmedor.

Mum’s the word
Noted designer Anamika Khanna is said to be creating a wardrobe for Justin’s mother. “The idea is to give her a flavour of our craft, yet not overwhelm her with the silhouette,” she says. “A floor-length jacket in silk chanderi featuring beautiful embroidery inspired by tribal India is a timeless and versatile piece and can be layered in many ways,” she says. 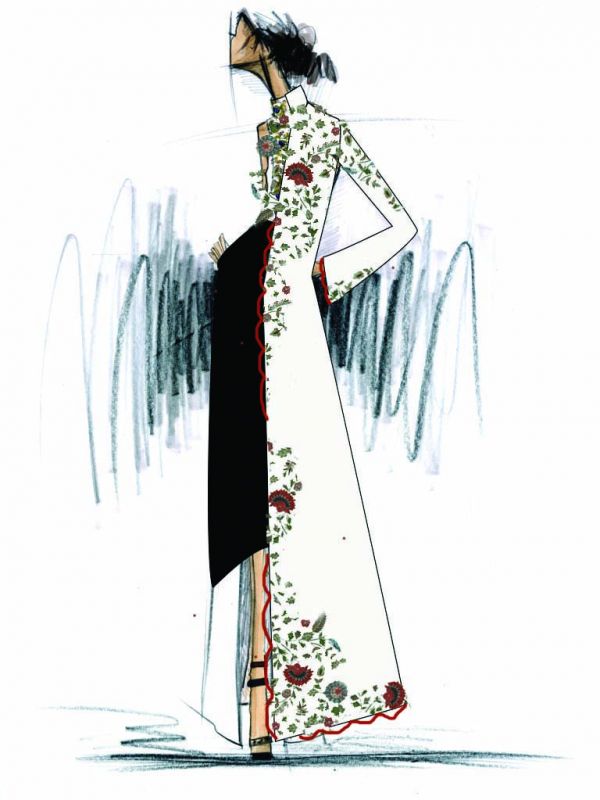 Riddhima Kapoor Sahni will be gifting a bespoke wreath shaped necklace embellished in ornate rubies and marquise diamonds encrusted in platinum and 18k gold to Bieber’s mother. The sparkling red of spring and the balefire of hope represent a life full of passion and love and is defined by supreme craftsmanship and resplendent finesse. Sahni says, “In the 1880s, French jewellers called the ruby the gem of gems. Philosophies say red is the colour of the heart. We have drawn inspiration from the ruby’s fiery nature to create a collection that champions passion and success. Bieber is a youth icon who everyone loves but the pillar of strength in his life has been his mother and it’s a tribute to this brilliant woman.”

Last but not the least, as a goodwill gesture sarod virtuoso and classical music legend, Ustad Amjad Ali Khan will be gifting an autographed sarod to the Grammy winner.