She got selected for Indian Idol 4, but quit that too until she finally ended up as a runner-up on Indian Idol 5. 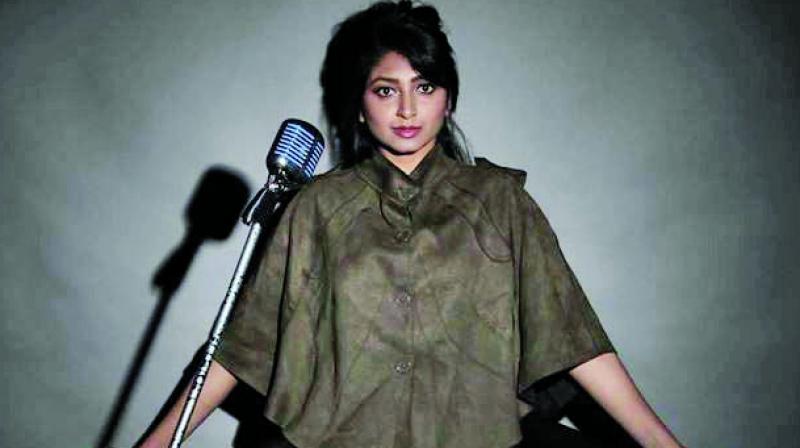 Bhoomi Trivedi, who gained a following after lending her voice to Sanjay Leela Bhansali’s Goliyon Ki Raasleela: Ram-Leela’s Ram Chahe Leela Chahe. Trivedi auditioned for Indian Idol 3 in 2007, but soon quit the show. She got selected for Indian Idol 4, but quit that too until she finally ended up as a runner-up on Indian Idol 5. In a chat, Bhoomi tells us about his musical favourites:

One song that you listen to on repeat mode on your iPod these days: Nothing specific, really. I listen to music according to my mood. But, Ae Dil Hai Mushkil playlist is all gold.

Is there a song you love to listen to when:
You’re happy and upbeat: Adventures of Life by Coldplay
You’re really low: Hello by Adele and Christina Perri’s Jar of Hearts
You’re working out: A complete Bollywood soundtrack — any Vishal Dadlani or Shankar Mahadevan song that gets my blood boiling

How would you describe your taste in music: I have a mixed taste — I don’t really differentiate in music. There is no rich or poor music for me.

Your favourite time/way to listen to music during the day: All day long! Music is always playing in the background regardless of what I’m doing. In the mornings, I like to listen to peppy music; afternoons are for sufi and my evenings are reserved for Rafi saab or Dev Anand music.

Is there any music you used to love as a kid or a teenager that you’re now embarrassed by when you think back? No music choice is ever embarrassing for me.

One band/musician you want a private concert from: Arijit Singh or Vishal Bhardwaj

One live act you would love to see at least once in your life: Papon — he’s my favourite singer.

As told to Pooja Salvi.