The line-up at NH7 Weekender’s Pune leg seems to have compelled many a Mumbaikar to make the drive down to catch the festival. 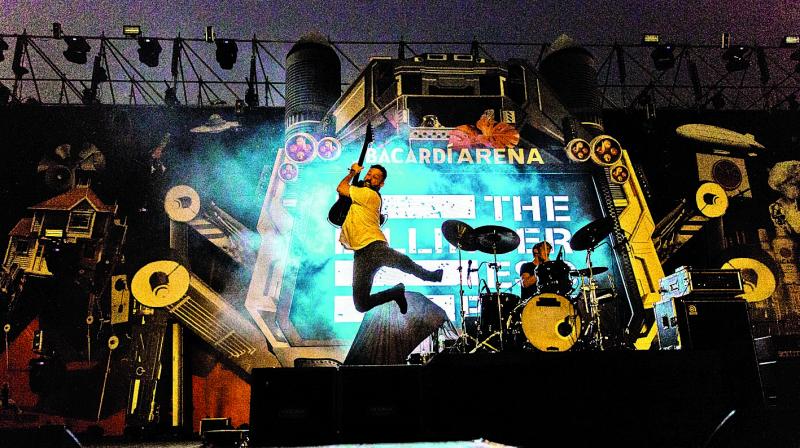 The Dillinger Escape Plan brings down the house in Pune (Photo: Maanas Singh)

The atmosphere is electric, bass pumps the air, heavy metal fans crowd the open air arena, screaming and head-banging their support for their favourite band —Textures — as they play for one last time together in India.

A stroll just down the field and one can find mellow tones of Ankur and the Ghalat Family, as they render jazzy numbers that have the audience swaying to the beat. That’s just the charm of NH7 Weekender, where there’s music for all tastes.

Though the festival has been taking place in Pune for a while now, the crowd that has come in to watch their favourite bands perform is a mix of people from all over India. A few curious souls from abroad make an appearance at the three-day long festival too. And with Mumbai situated at a distance of roughly 150 km from the venue, city  folks have made it a point to take a few days off from their  schedule to make a beeline to the festival and check out their favourite artistes over the weekend.

On her way to the venue, Amrita Banerjee, a senior consultant at a public relations agency, who has worked at several music festivals, said, “I have always wanted to experience NH7 Weekender, since I have heard so much about it. The best part is that there’s so much variety in the line-up, and you can just stroll from one venue to another and experience completely different varieties of music. I’m heading to Pune for day two of the festival because it boasts of an incredible line-up.” 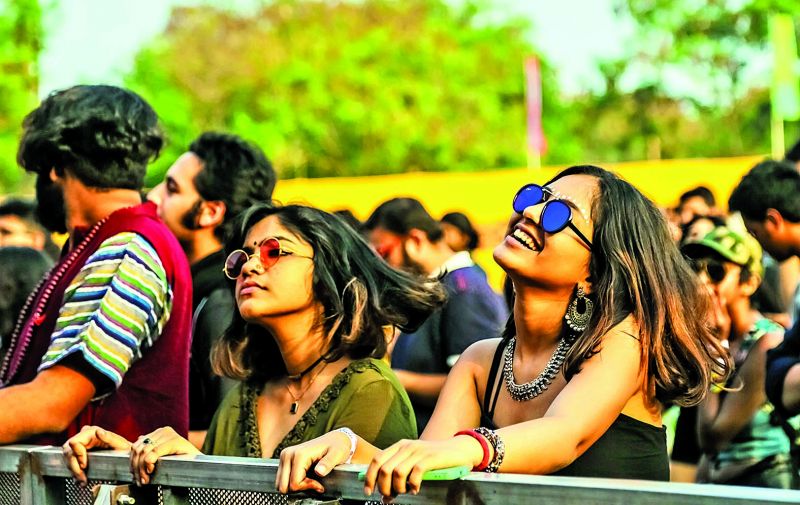 The crowd sways to the music (Photo: Madhurjya Saikia)

City-based IT consultant Aniket Mitra confessed that he’d actually been in Delhi for some work, but flew down, all the way, to catch his favourite acts. “I’ve been a huge fan of Steve Vai and Markey Ramone for years now, so I didn’t want to miss a chance to catch them live. I’ve been to Weekender once before this in Kolkata, and I love the chilled-out vibe that the festival has, so I wanted catch some of this year’s performances,” he said.

While Aniket and Asmita had decided to catch their favourites on day two of the festival, Amogh Purohit, who works at a city-based ad agency, decided to make it a weekend. “I’d come for Weekender last year, and I loved the experience. I also have friends staying in Pune now, so I thought that I’d make a weekend trip out of it,” he smiled.

Having already seen the first day of performances, Amogh said that he was looking forward to more of the same as he readied for day two. “I caught Textures’ last performance, and I really enjoyed it. I have only seen a metal band perform once before in Bengaluru, and the atmosphere is something else. The energy they were able to generate was absolutely electric,” he said, adding that Steve Vai and Cigarettes After Sex were going to be the other two highlights of his weekend.

Though a majority of the crowd is going to the “happiest festival” are these two highlight acts, there are other attractions as well. Amrita admits that she is actually looking forward to the Indian bands more. “I really want to watch Ram Sampath and Indian Ocean perform. Of course, Steve Vai is also on my list of performances to catch, but not as high up as my favourite Indian bands,” she grinned.

Amogh, too, is looking forward to catching some of the comic performances. “Naveen Richards and Kanan Gill are also going to be performing among others; that’s also something I’m looking forward to,” he added.

Whatever the draw, if the electric atmosphere at Weekender was anything to go by, Sunday, too, will see some pumped up performances, and crazy audiences from the city and elsewhere.