Musical duo Sachet-Parampara look back at their journey, which started on The Voice. 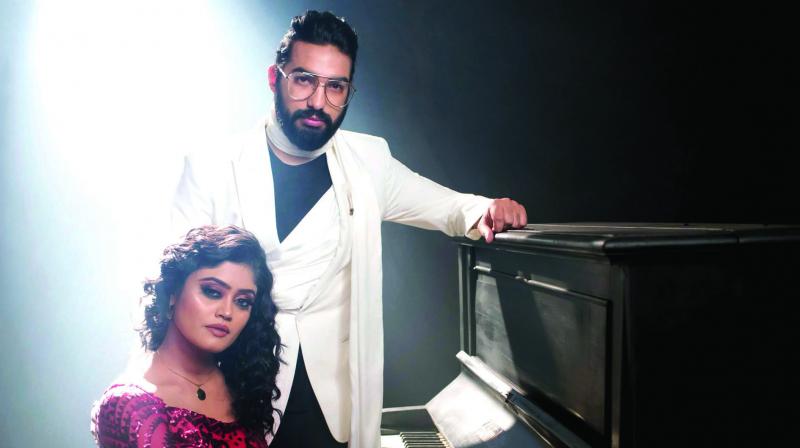 Music composer, lyricist and singer duo Sachet Tandon and Parampara Thakur met as finalists on a singing reality show The Voice, unaware that their love for music would take them to create the love anthem Bekhayali from Kabir Singh. While the two started as singers, it was only after they collaborated in 2015 that their collective knack for composition kicked in.

“We used to participate in local competitions and were all set to sing on stage since our childhood. So it was always there. After the talent hunt, we kept jamming, and eventually realised that we feel positive singing and composing in each other’s company, and we make a great team,” says Sachet, adding that all of it was never planned.

The romantic heartbreak track from the Kartik Aaryan starrer was a sudden discovery over a random jamming session that producer Juno Chopra and Bhushan Kumar mutually agreed on including in the film.

“We were all jamming, and suddenly Bhushan ji and Juno Chopra thought it goes extremely well with Chintu Tyagi’s (Kartik) emotional turmoil in the film. We had to hit Tyagi’s emotions right, so we had to come up with a song had portrayed his pain and sadness,” Parampara informs.

As for Bekhayali becoming a rage among the fans, the duo is elated, surprised, and emotional with the response the song is getting. Sachet-Parampara had asked for a lot of time to create the song, but cracked it in two days.

“Bekhayali got made for Kabir Singh’s character. We had to come up with a melody that portrays several emotions in one song. The director wanted the song to have a feeling of angst, sad, pain, emotional and yet a very massy tune that people can connect to. Never thought it would become what it has while making the song. We just wanted to be true to our work and the character for which we were making the song,” Sachet explains.

It is their love of reading the script before attempting a composition that makes every single creation of theirs so fitting. “That’s the world we want to get into; that’s where the journey starts for us. The characters, emotions, and feelings drive us to compose music,” he adds. On top of that, their zeal for taking up challenges, composing new melodies, and the joy of reading new stories keeps fueling their desire to create more.

When asked to pick between singing and composing, the duo immediately agree that composing is their true love. “We love composing; creation is the best feeling for us. It’s your baby. Whenever we create something, we keep enhancing it until it’s out in the world in the hands of the audience. And singing is an equally euphoric experience for us,” they confess. With multiple projects in the pipeline, the duo is coming up with the theme song Rarara for Tanhaji: The Unsung Warrior.