Nikhil Wartooth from the band Chaos gives us an insight from band’s inception to their new album and all things in between. 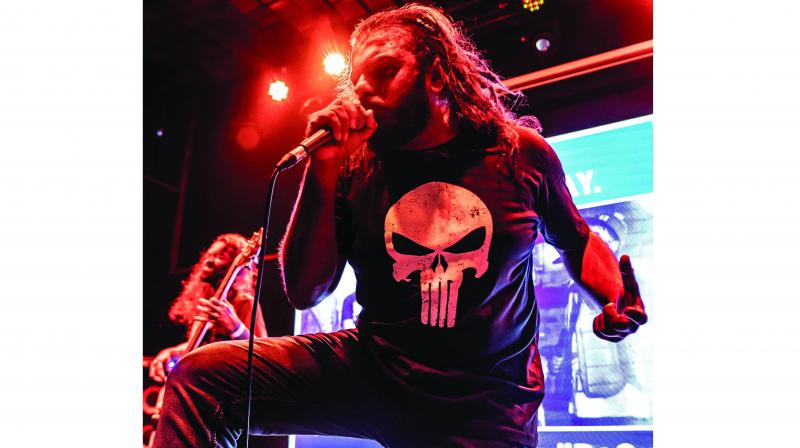 The band has been influenced by popular classic metal/rock over the years, particularly Panthera and their songs.

Since their inception in the early 2000s, Chaos – the metal band has gained a reputation for the loud and heavy music that they’ve been playing. Known for their tight and aggressive live performances, the quartet has gotten impressive reviews for their debut release – Violent Redemption.  The band started their journey from Thiruvananthapuram in Kerala has set a standard of their own. The state has had a long-running history of bands.  Be it bands from the 70s and 80s like 13AD or Motherjane in the 90s. But the real game-changers are bands like  Chaos who are putting Kerala on the rock and metal scene.

The band features JK(vocalist),  Nikhil(lead guitarist),  Vishnu(Bass) and Manu(Drums). Guitarist Nikhil Wartooth who is considered to be notable musician in the indie music scene says, “To make it playing the kind of music we write is not easy. But after going through problems like financial crisis, line-up changes and coming up with creative solutions, I think we have done a decent job. As far as the music is concerned, it  has evolved and so have we as individuals.

Talking about their albums he says, “The first album was a culmination of  bits and pieces of lyrical and musical ideas that we’ve had as a college band. The second album had a more concrete approach where we knew our goal and how to achieve it.

When quizzed about how far the metal scene in India has evolved,  he says,  “The scene in our country has come a long way and bands are putting out original music in different genres. People will accept the music only when they are exposed it it. I think that when quality music is being produced, their is an audience for it. The independent scene too has been growing. It’s especially Slow for metal. The popularity of film music with steamy dance numbers make people forget that original musicians exist and they make music too. A large number of people don’t even know where the music comes from and the process involved in creating it. As a result, the existence of musicians and independent music takes a backseat.”

Nikhil says the band has been influenced by popular classic metal/rock over the years,  particularly Panthera and their songs.Chaos has always been critical of socio-political issues and have written songs inspired by it.  When asked about their current projects,

Nikhil says “We’re currently working on the third album and are quite excited to announce that it’s shaping up to be a slamming record. We’re also working on some tours both in the country and abroad. It’s too soon to be letting out the details about the same.”