The Tunak Tunak Tun fame gets candid about his new song Panga na lena,which is a tribute to the 2019 World Cup. 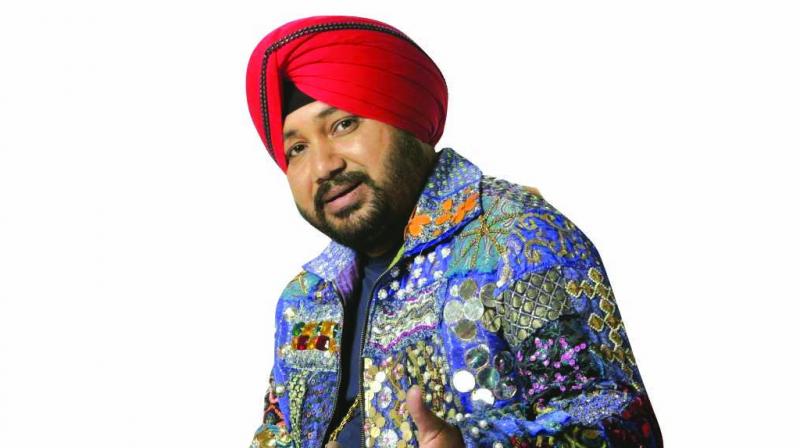 Whenever it’s party time, it’s always Daler time. There is not a single desi party till date where Bolo tara rara, Tunak tunak tun, Ho jayegi balle balle or Dardi Rab is not on the track list. Daler has recently collaborated with SportlampE.com to launch his new project Panga Na Lena as a tribute to the Cricket World Cup 2019 which released recently.

Talking about his experience of being a part of the project the singer chirps, “It’s been a great experience. I loved writing and composing it. Nanak Chauhan from UK helped me write the song. The song was arranged, recorded, mixed, mastered at DM Folk Studios - (my studio),  since I was composing the song, it was fun as always. I completely love the process. Raju Shankar arranges it with me and Aakash jaitly engineered it.  I like the way I look in the video! I have a lot of respect for Rajita ji. I am glad the way it turned out.”

The Tunak Tunak Tun fame has been in the industry for over 25 years. Being a veteran artist, he shares his feelings about the industry trends that has evolved over the years.He says, “It’s evolving and evolved for the good. But it is still not a structured industry. It still needs some strong focused souls who feel for music to give it a direction. There’s technology, platforms, direct access with fans but artist is still compromised. That’s a long time consuming discussion. In short, times are great, opportunities are vast, one needs to steer the industry to a greatness it deserves and has the power to become.”

The bolly fame has been attributed by fans as well as critics as India’s first ever true pop-star.

He had introduced the Indian audience to the western popular culture and brought pop songs to India at the same time.

Talking about his inspiration the musician says, “A concert I saw in Berkeley of the Greatful Dead. The entire city and roads leading into the city were blocked. People camped 4 days in advance. Life has come to a stop foe them. A celebration like one I had never seen before. I sold coffee and hot dogs for $4000 a day - I knew it then, that I had to come back to India and carve my own path. I would see my costumes, my turban vividly see myself dancing .. day dreaming a striking contrast from what I was back then, a classical, ghazal weekend singer in California who drove taxi for my late elder brother’s cab company- Khalsa Cab. I came, struggled here, was told I will never work and then in 1991 I created my band with all my brothers including Mika and there was no looking back. Released my celebrated debut in 1995 Bolo Tara Ra Ra which sold more copies in Kerela, leave alone Punjab- the great Indian Pop has arrived.”

The artist tends to his farm when not in studio. He says, “I have planted 8 lakh trees in New Delhi over the years. Created a man made jungle and has indulged aggressively into organic farming. This month is crucial, eager to finish my concert in Himmatnagar and rush back to my 113 acres of farmland and jungle, desi cows, vegetables, goats, desi chicken.”