The 27-year-old says that he sings for films, TV soaps, ads or basically ‘anywhere he can make the music his own’. 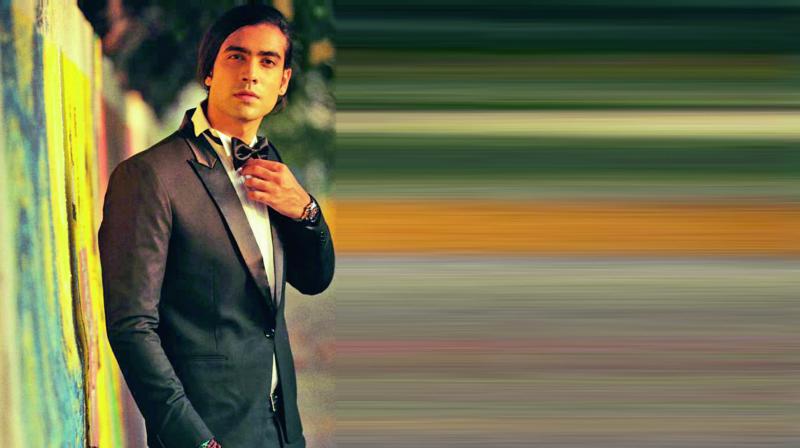 Once Arijit Singh renders his sonorous voice to a love track, it can get hard for another singer to top that. But Jubin Nautiyal’s version of Ek Vaari Aa was kept in the album of Raabta despite Arijit having sung it. “Different singers have different expressions. When two singers perform really well on a song, it becomes difficult to choose one over the other and Pritam (Chakraborty) da is very honest towards his work. He retains all the versions he likes as a respect to the singers’ work,” says Jubin.

Ask him if he felt nervous given that Arijit sang the song too, Jubin explains, “For that matter, there are many songs of mine which have a version by some other singers. It’s always the music director’s call. I would feel nervous only if I was competing with him. I have a simple mindset — we would be racing against each other if we were horses, fortunately we are artistes. I don’t think I would have reached where I am today if I would have been insecure. If I think like that (about competing), I will never be able to give my 100 per cent to my music. I am here to create my own music and minding my business works for me. Hamari industry mein kaam bolta hai and janta is the judge.”

The 27-year-old says that he sings for films, TV soaps, ads or basically ‘anywhere he can make the music his own’. Looking back at how his career shaped up, he says, “If I had not achieved this much in Bollywood, I would still be sitting in a café in Dehradun and doing the same thing — singing and creating music. As a small boy in Dehradun, I have sung in many charity concerts and I think my success is because of the blessings of my listeners from those days. I never had to struggle in the industry. From my parents to friends to even people who didn’t know me personally, they have all loved and supported me. The journey from my hometown to Bollywood has been a fairytale for me. All I did was stay true to music and that really paid off. In last three years, I have sung 30-odd songs, some of them were immensely popular.”

The Kaabil Hoon singer feels that while it’s a great time for singers, it may not necessarily be a great time to be part of Bollywood. “The control that the corporates are wielding on the music scene is creating a lot of issues for singers. The battle between the creative and corporate has magnified. A good singer, composer or a lyricist is chucked out of a project because of a corporate-level decision. But there’s internet, where artistes don’t need music labels to promote their music and showcase their talent. For example, if I think my compositions may not suit Bollywood, I can always showcase it on the internet,” he says.

In the course of the conversation, the singer reveals how the Humma song really took away his inhibitions. “I used to think I won’t be able to sing dance numbers well but the Humma song changed that. I am more confident today and wish to lend my voice to many more dance numbers in the future. In fact, given an opportunity I would want to recreate many songs of Rafi, Kishore, and Mukesh,” says Jubin, who is looking forward to his upcoming single Teri Manzilein Hain, a love song with some new-age beats.

While his voice might be unique, his looks aren’t. The singer is often confused as filmmaker Imtiaz Ali. “I am quite often mistaken for him. People come to me and ask if I am Imtiaz and I fool them saying that ‘Yes, I am’. I have never met Imtiaz but when I do, I will ask him if we are related and maybe ask him to make a sequel of Rockstar and give me all the songs.”

On his Delhi connect
Jubin feels that for him, Delhi is just like another home. He says, “I shot my first video in front of India Gate and if given another chance, I would still want to shoot it there. I have received a lot of love from my fans in the national capital.”