Varun believes that performing music has helped him learn a lot about different genres of music. 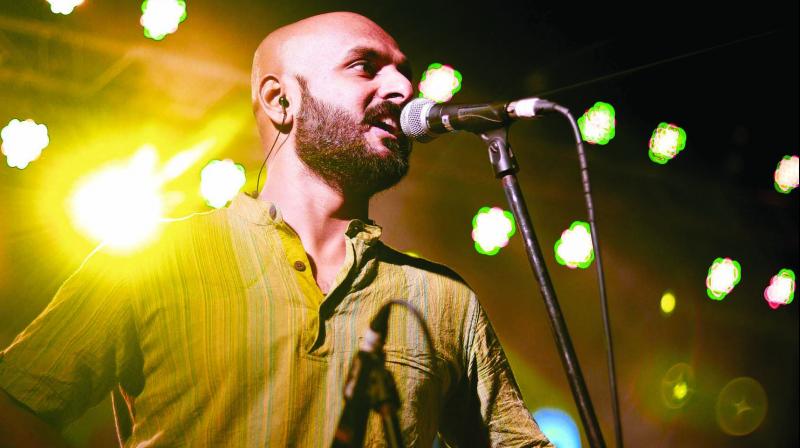 As a founding member of the well-known band Masala Coffee, Varun Sunil is no stranger to fame and appreciation for his music. Having worked with stalwarts in the music industry, Varun is on a mission to establish himself as an independent artiste as well. Wanting to give audience a taste of his own music, he is also set to perform in Bengaluru at a world fusion concert soon, where he will be debuting some new material too. At the world fusion concert, Varun will be performing with Krishnaraj (Violinist), Vivek Santhosh (Pianist) and Pramod Venkat (Hand Pan). “This will be the first concert that I will be doing under my name. We will be a playing a lot of Indie stuff and the genre is mainly world music,” he describes, adding that Bengaluru’s audience has always been supportive and musically inclined.

Varun believes that performing music has helped him learn a lot about different genres of music. “Apart from music playing a vital role, my interaction with artists who play for different genres has taught me a lot. My interaction with top musicians has changed my ideology of music,” confides Varun, who has jammed with people like Vidya Vox, Hariharan, Vishwa Mohan Bhatt, etc. while freelancing as an independent artiste.

As a kid, Varun played percussion and has also learnt the Mridangam. He says, “It was only in high school that I realised that this was something that I wanted to do and pursue as a career.”

Since its inception five years ago, Varun shares that Masala Coffee was not started with the intention of it being a band. “We were just a group of friends who wanted to jam together. We did a mix of originals and covers, which became popular,” Varun admits, adding that they address themselves as an Indian folk-rock band. On what keeps Masala Coffee going, he shares, “We work like friends. We chill and jam together so it’s pretty fun for us.”

He may have been there and played that, but the upcoming concert, Varun shares, is very personal. He has been featured as artiste before but this time, his own music will be front and centre. Talking about the kind of music he will be playing, Varun says, “It will be a few originals, a tribute to Yanni, Snarky Puppy, Chick Corea, etc. I will also be playing a single, which I did in collaboration with Veena maestro Rajesh Vaidhya called Whispering Hues. It will be released soon.”

He also has his first solo album releasing soon. “It is a series of singles. The first one will be released in September. The genre is Pop with Indian flavours. Most of the songs will be Tamil, Telugu and Malayalam,” concludes the Indie musician, who is all set to blaze his own trail.