While his expertise lies in Indian classical music, his fiery compositions speak of a fusion of genres. 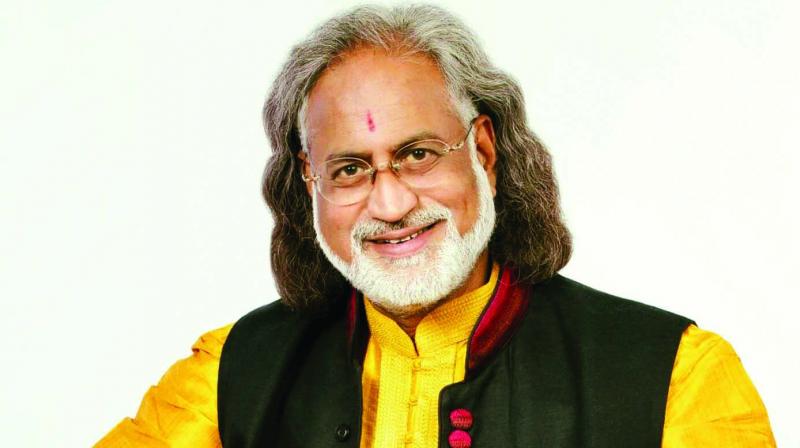 Vishwa Mohan Bhatt, who hails from Jaipur, is known for his Rajasthani folk songs like Padharo Mhare Des and Vande Mataram as well as being the creator of the Mohan Veena and Vishwa Veena (slide guitars). The Padma Shri and Padma Bhushan awardee has completed 50 years in the classical music world and has performed in more than 80 countries and over 500 cities in India. He was also awarded a Grammy in 1994. Talking about his music, the musician says, “My music is not pre-decided. I cannot guarantee that it will be perfect; one is supposed to make mistakes and that’s what creativity is all about. Music is an ocean and one has to drown in it to learn more.”

While his expertise lies in Indian classical music, his fiery compositions speak of a fusion of genres. But, while he enjoys improvising, the seasoned musician strives to keep the essence of the composition alive. “I improvise, but I try to bring out the originality and emotions (rasa and bhava) of that piece,” says Bhatt. Though he is hailed for his prowess in classical music, Vishwa Mohan is not finicky about the music he listens to. He says, “I love listening to everything, anything that has taal and sur.” But, does today’s music live up to these basic expectations? “Contemporary musicians are very talented and are producing brilliant music. They are putting technology to good use to come up with unique creations,” says the musician. However, he does feel that the auto tune feature has made it possible for anyone to become a musician. When quizzed about the current musical climate in the country, the musician laments the dearth of good training and infrastructure for musicians. “Auditoriums have to improve in India. Also, I think it’s important for schools to have classical music training at the elementary level so that children will be exposed to classical music from a young age.”

After returning from a performance in Auckland, Vishwa Mohan Bhatt is all set to put up memorable performances in Ahmedabad, Pune and Bengal this month.