Her genre is closest to baroque pop with melodies that linger. 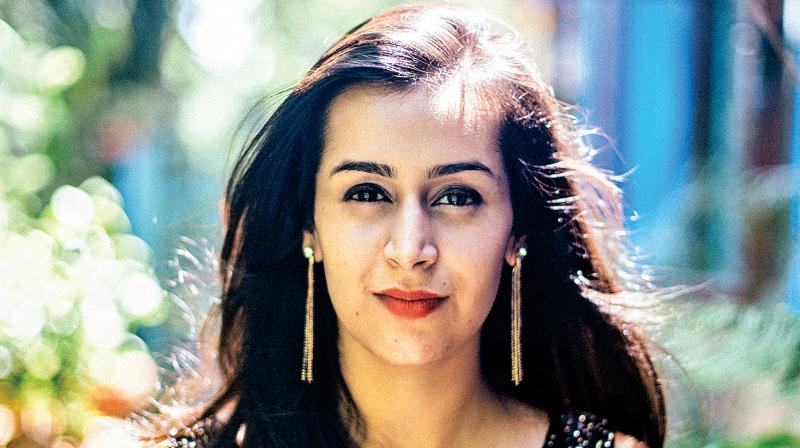 Kamakshi Khanna is a singer/songwriter who intends to make music that speaks to and stays with people. Her genre is closest to baroque pop with melodies that linger. Her collective started out as the opening act of the singer/songwriter night as a part of the indie music fest The Gig Week in 2013. In a chat, Kamakshi tells us about her musical favourites:

One song that you listen to on repeat mode on your iPod these days: Remain by Mutemath

Is there a song you love to listen to when:
You’re happy and upbeat? My favorite happy artists are Jack Johnson and Stevie Wonder. Anything by them.
You’re really low? I listen to Sara Bareilles when I’m low because her music has a calming and healing effect on me. There’s such good intent, honesty and warmth in her voice and it always happens to uplift and empower me when I feel lost.
You’re working out? Ariana Grande and Beyonce

How would you describe your taste in music: I always feel drawn towards music that moves me. I like listening to the kind of music that makes me want to sit and do nothing else but listen. I look for beauty and feel in all the music that I listen to.

Your favourite time/way to listen to music during the day: Midnight when everything feels still and all you have is you and your thoughts. And, long rides.

One band/musician you want a private concert from: Sara Bareilles

One live act you would love to see at least once in your life: Only one? That’s not fair! Beyoncé, Lianne La Havas and Haitus Kaiyote apart from Sara Bareilles of course.

Any song/album recommendation: Is Your Love Big Enough by Lianne La Havas. I heard it a year ago, but nothing has held that place in my heart ever since. Each and every element blends so beautifully together.

As told to Pooja Salvi