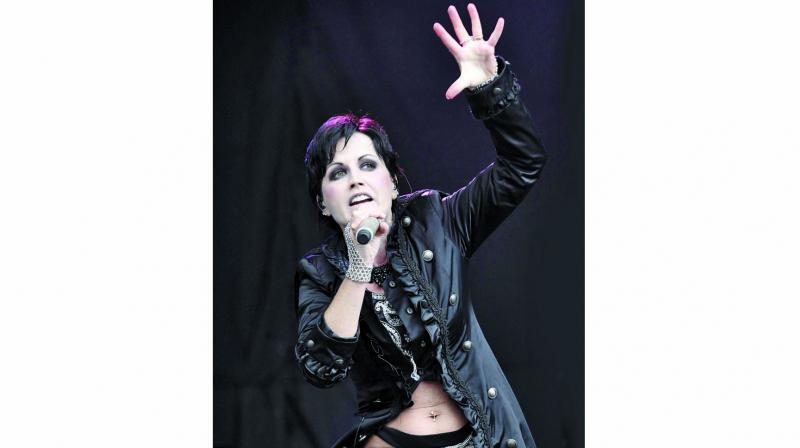 Irish singer Dolores O’Riordan, lead singer of The Cranberries died, on Monday in London. The death has been termed as sudden as the singer was found in her hotel room, the cause, still unexplained. The world is mourning the loss of the 46-year-old iconic singer of Zombie, which the singer had planned to re-record the day after her death, a British news website has reported.

The singer, who shot to fame and became a sensation across the world for songs like Linger, and Dreams, leaves behind devastated band members, three children who were her life, and a shocked family. Diehard fans of the band that sold more than 40 million records, and musicians from across the country share their sadness with her untimely death.

Kritica Sinha, a young music enthusiast and photographer recalls, “I remember the first time I performed on stage in my college. I sang Animal Instinct by The Cranberries, as I loved the way Dolores Mary Eileen O’Riordan’s mellifluous voice could hold one’s soul and transport us to another era. I cannot believe she is gone. Her voice had that rare power of giving goose bumps while the adrenaline gushed inside with every beat of their songs.”

Dolores’ peculiar style of singing was something that her fans will remember her for. Swithin Hartman, a saxophonist and vocalist, has always been a Dolores fan. “Her unique style of singing, although I found it peculiar when I heard Zombie for the first time (I must have been 13 or 14), as time went by, I started adoring her for the very ‘peculiarity’ itself! She was one amazingly talented musician. It’s really saddening when an artist of such calibre passes away. I am shocked indeed. Last year Chester Bennington, and early this New Year, Dolores O’Riordan. May her soul RIP,” he says.

Tony Das, a well-known musician, talks about Dolores’ iconic voice and what made him instantly fall in the love with The Cranberries, “I would say it was pretty much her voice that made them stand apart from a lot of the stuff happening at the time. I mean, they did have an ear for a catchy hook for sure, but I think the sweet tone of her voice amidst often heavier instrumental elements made for a contrast that was as interesting as it was unexpected. This combined with her yodelling and her distinct Irish accent made her instantly identifiable at the time. And that’s a great thing for any artist. To have a sound that you can call your own. It’s really sad to hear this news especially considering how young she was. I think every time someone who influenced us from our youth passes away, we feel like we’re losing more and more of the memory of what many of us consider to be the best times of our lives.”

Ehsaan Noorani, celebrated musician, also paid his tribute. “Dolores O’Riordan and The Cranberries really brought about a new era in rock. It’s with them that the genre of alt rock became popular and there is no doubt that the kind of following they garnered brought the genre into the mainstream music scene. Though I wouldn’t exactly call myself a fan of The Cranberries, I have always thought that Dolores had some powerful vocals and was an exceptional artiste. It’s sad, because they were supposed to go touring again this year, and now for this blow to come out of the blue makes it all the more shocking. It is definitely a huge loss for the music world,” he sighed.

Hozier: My first time hearing Dolores O’Riordan’s voice was unforgettable. It threw into question what a voice could sound like in that context of Rock. I’d never heard somebody use their instrument in that way. Shocked and saddened to hear of her passing, thoughts are with her family.
The Cranberries: We are devastated on the passing of our friend Dolores. She was an extraordinary talent and we feel very privileged to have been part of her life from 1989 when we started the Cranberries. The world has lost a true artist today. Noel, Mike and Fergal

-With inputs from Dyuti Basu