Radha Thomas: Jazz with a Hindustani flavour, wouldn't that be cool! 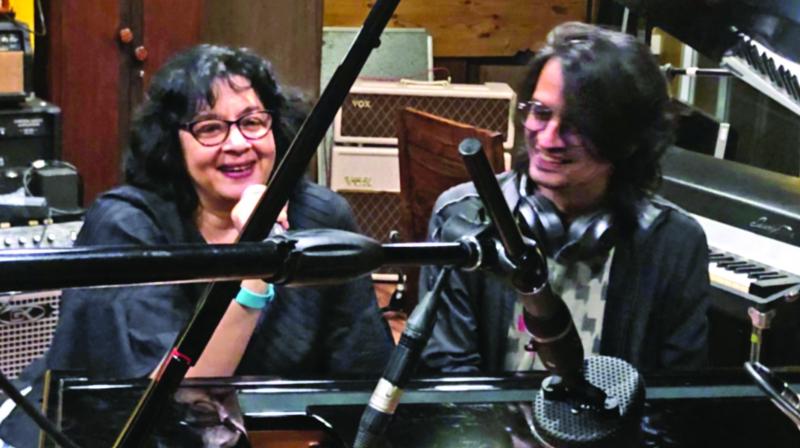 Radha Thomas: "In a way, I feel I’m at my musical best right now. I feel a sense of confidence and control that I didn’t have when I was younger.”

It’s been over four decades since Bangaluru-based vocalist Radha Thomas started pursuing her passion for music professionally. While she made a living with music as well as other jobs to maintain her lifestyle, the thrill of music never faded away. Adding chops, vocabulary, experimenting, and adapting new techniques kept Thomas going, and she is now one of the most sought-after musicians in the jazz music scene in India and abroad.

“I feel I’m at my musical best right now. I feel a sense of confidence and control that I didn’t have when I was younger,” says the musician, who leads jazz fusion band UNK: The Radha Thomas Ensemble and is coming up with her new album Bangalore Blues along with Berkeley alumnus and piano player Aman Mahajan.

“It’s a sort of reckoning; a small punctuation mark in our musical journey. It is a duo album. It’s filled with emotion and love,” reveals the musician.

Born in Tamil Nadu, Thomas grew up in Mumbai and Delhi and left for the USA to pursue her dream of becoming a jazz singer. As a teenager, Thomas began headlining as a singer in one of the most famous rock and roll bands of the 1970s.

Having performed with revered musicians of the US such as Michael Brecker, John Scofield, John Faddis, Alex Blake, Buddy Williams, and Harvey Mason, among many others since 1979, the singer started combining the tonal complexities of jazz with the rhythmic nuances of Indian classical music.

Ask if her inspiration for experimenting comes from the West, she retorts, “I’d say that it has more to do with the musicians than the location. I am just one cog in the wheel of music.”

Although she has mastered the art of singing and composing jazz and pop music, her initial musical training started with Hindustani classical music. “It helped me enhance my vocal technique, control my breath, and develop a sense of rhythm and pitch for singing better,” shares the vocalist, adding that she wanted to incorporate these elements into her jazz music and contribute to the genre’s evolution.

“For any kind of music to evolve, there has to be new blood in the gene pool,” she muses.

Much akin to the way the Brazilians added their folk sounds to jazz, Thomas hopes that she too could add a little Indian vocal to make the music richer. "I can’t tell you how satisfying that feels. It’s the fun of music,” she smiles.

Though the musician experiments a lot with her music, she confesses that her renditions at times might not go well with every audience. Nevertheless, that doesn’t scare her from trying new things.

“It’s not a risk. It’s the very essence of improvised music. I think it also helps that tickets are usually in the hundreds and not thousands,” she laughs.

Over the years, while jazz solo music has earned a niche audience for itself, the genre has been accepted by all age groups when combined with Indian elements. “By adding bass, drums, and a piano but still playing raagas and Indian rhythms, there is a sense that there is something new, but musically speaking, it’s still just Indian music with different instrumentation,” explains the musician, further opining that the jazz scene in India has evolved a lot.

“From instruments to stages to venues to musicians to audiences. And the Internet has made everything much more accessible and fun,” she signs off.