Currently the band is working on the release of their full length album. 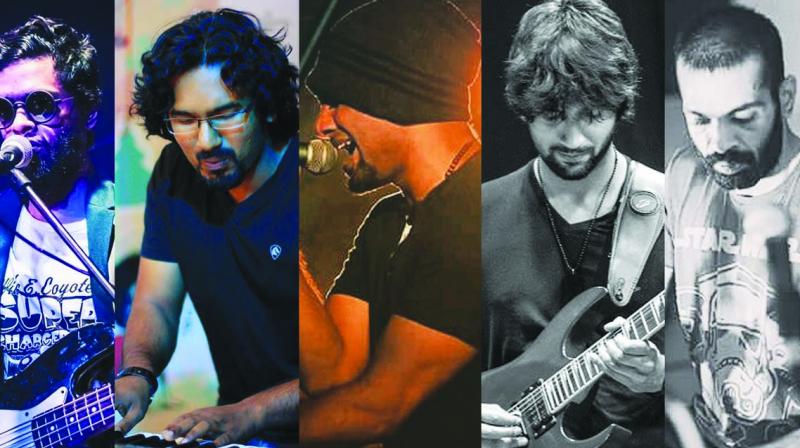 For those who thought social media is just a means to pass time, are in for an awakening

The name Dark Light is no stranger to those who have been following psychedelic and progressive rock scene closely. This Bengaluru-based band is surely scaling new heights with the release of their recent album. The boys are all set to release a single in a few months. In a candid chat, they give us the details...

Enthusind what the album is about, Jose Xavier, the band's vocalist says, “The new album is very philosophical in nature. Different songs mean different things but it does have a philosophical thread to it. The songs touch upon subjects like heartbreak, love and spirituality among a few. Each of the songs has a story and a unique thread to it.” Jose, who is also the composer, explains that inspiration for the album came from life itself and their experiences. “We have also released a new single that is being played in a UK radio station,” he adds.

For those who thought social media is just a means to pass time, are in for an awakening. Talking about how the band came together, Muhammad Ovaiz who is the band's lead guitarist and producers explains, “Initially, I was part of another band. We found each other through Facebook and common friends. It has been about five years since Dark Light was formed and the journey till now have been great.” The songs entail  lots of metaphors, therefore the entire music was created around it. Anand Pillakkat the band's pianist mentions aboutthe unique twist given to this album.

He says, “Usually in rock music, the main focus is on instruments like guitar, drums and bass which are primary instruments used. But, we have tried to experiment by adding orchestral elements that instruments like violin, cello.” Anand also reveals that is greatly inspired by film score composer  like Hans Zimmer and Thomas Newman. Anand adds, “This album is a mix of rock n roll, psychedelic element, orchestral and sound designing as well. And, this is what makes it different.” Rock n Roll is genre of music that we are used too. But progressive and psychedelic is a new concept. Muhammaed adds, “This genre has really been picking up well. Earlier people had the taste for classic and hard rock. But now people have developed the taste for progressive as well. We have done a lot of gigs and have made it point other band performances. The crowd we have noticed is much better.”

Currently the band is working on the release of their full length album. They are in the process of deciding on songs that will feature ithe album.