Crooning on a different pitch

From being a budding cricketer to becoming a Punjabi music sensation, Harrdy Sandhu has come a long way. 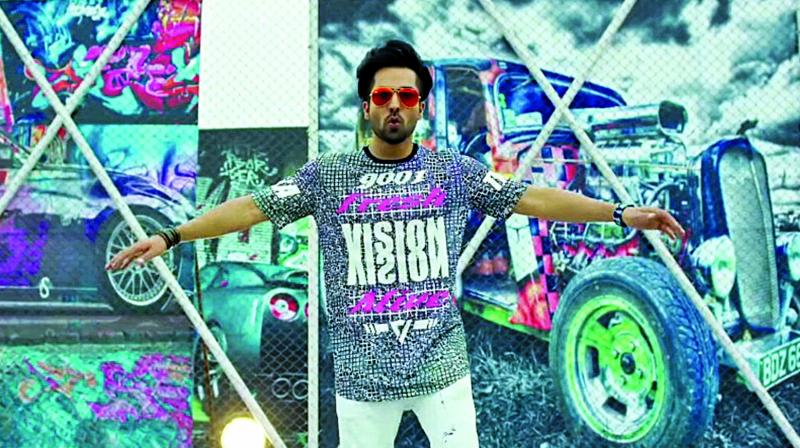 Hardevinder Singh Sandhu was an up-and-coming cricketer before he met with an accident, and quit the game for good. But he wasn’t one to be bogged down by circumstances. And a few years later, Hardevinder became Harrdy Sandhu, bowling listeners over with his songs. The Punjabi singer, whose song Backbone crossed 100 million views, releasing his track called Naah, featuring Nora Fatehi, and instantly became a smash hit.

While Harrdy’s videos have models strutting their stuff and the singer driving luxury cars, he explains that the beginning wasn’t very smooth for him. “I played for India U-19 with the likes of Rohit Sharma, Robin Uthappa and Cheteshwar Pujara. In fact, Shikhar Dhawan used to be my roommate. However, after I met with an accident, I had to leave cricket and I went to Australia on a student visa. Wahan main cab chalata tha, aur gaane gaata tha chalate waqt (I’d drive cabs and sing while driving). I was a gifted singer, and people would say that all I needed was a little polishing. I came back to India fearing my parents would want to send me back. But they understood my ambition of becoming a singer. And around 2010, I learnt semi-classical music in Patiala,” says the singer, who has now settled in Chandigarh.

Like many other Punjabi singers, Harrdy too sponsored his first album. And while others didn’t succeed much, he went on to become a star in his own right. Quiz him about it and he thanks the almighty for blessing him. “I worked really hard, and I guess God was kind to me,” he shrugs. Harrdy would initially get offers to be a part of star-studded line-ups abroad, but he wanted solo shows. And now, his wish seems to be coming true. With his rising popularity, demand for his music has increased in places like Dubai and Australia. It might come as a surprise to most, but it wasn’t his flamboyant tracks that made Harrdy a star — it was a soft number called Soch, which Arijit Singh eventually crooned in Airlift.

Reports had suggested that the Punjabi singer was miffed because Arijit sang the track he originally worked on, but Harrdy says he was misquoted. “I listen to Arijit a lot. All I said was that I was happy he sang my song, but I would’ve been happier if I sang my own track. In fact, in the comments section of YouTube on the Arijit song, many people were posting links to the original song. So, views for Soch were rising along with views for Arijit’s Soch Na Sake. It popularised me as a singer, across the country,” smiles Harrdy.

The singer is of the belief that Punjabi music is going from strength to strength in India, but he issues a word of caution too. “Punjabi music was earlier limited to North India alone. But in the last decade, it has spread all over — no Bollywood film is complete without a Punjabi song. But the industry is also seeing people who put in a lot of money in a song, just to try and be famous. They’re setting a wrong precedence. I always tell my fans and budding artistes to become a singer only if you’re passionate about music; don’t do it to earn fame. Today, they don’t require the money — they can simply upload their videos on social media and see if their music connects with the listeners,” he explains.

So, when it comes to solo shows, is Harrdy also averse to musical collaborations? He shakes his head, “If a song demands, I will definitely team up with other musicians. I never plan things; they just fall into place,” he signs off, explaining that music is a wide spectrum for him, and he listens to everyone from Arijit to Ed Sheeran, A.R. Rahman, and Pritam to Gurudas Maan and Diljit Dosanjh.