Waiting on an Encore

Rahman’s Encore concert — a part of a multi-city tour to celebrate 25 years of his prolific career. 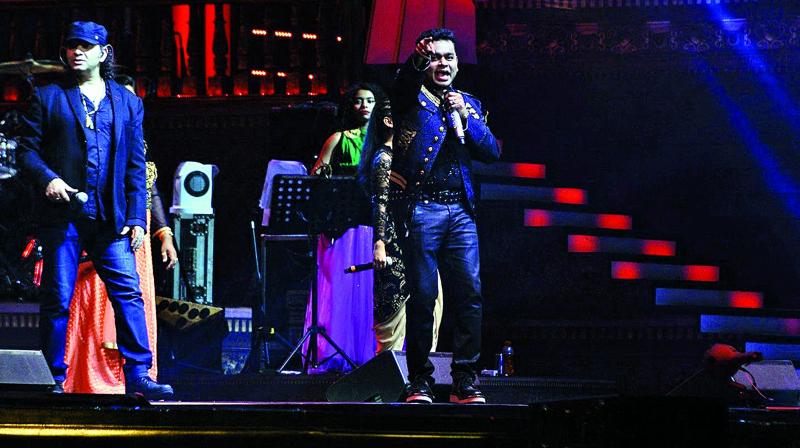 A.R. Rahman managed to hold his crowd spellbound at his Encore concert in Mumbai’s Brabourne Stadium, and left them wanting more even at the end of three hours of music.

The ambiance at Brabourne Stadium was a cross between a family function and a rock concert as people swarmed into every available seat for A.R. Rahman’s Encore concert — a part of a multi-city tour to celebrate 25 years of his prolific career. From toddlers with birds-eye-views from their fathers’ shoulders to silver-haired octogenarians who were guided to their seats by the helpers, the varied crowd stood as an indicator of the maestro’s vast fan base. With a flurry of helium balloons, a flash of light and a roar from the audience, Rahman strolled onto the stage crooning Nadaan Parindey.

The maestro greeted the 20,000 Mumbaikars gathered and asked them, “Can you hear me? Can you see me?” When he got a mixed response to the second question, Rahman smirked mischievously and said, “Well, sit back and enjoy the music.” And enjoy is exactly what we did. Though he kept the audience interaction to a minimum after his initial comment, he still held the crowd mesmerised.

The difference between a singer and a music composer, perhaps, is that the latter not only showcases his own talent but also brings out the musical prowess in others through his melodies. Though Rahman rendered several of his songs himself, he also brought along a number of young performers and veterans to create a more colourful palate of songs. Among their number were Ranjit Barot, Jonita Gandhi, Mohit Chauhan, Javed Ali, Shaashaa Tirupati, Hriday Gattani, and Harshdeep Kaur. While Mohit Chauhan brought down the house with the gritty Sadda Haak, Javed Ali soothed them with Maula Maula from Guru. Jonita singing Agar Tum Saath Ho prompted the crowd to wave their lit-up cell phones in the air, creating a blanket of starry lights twinkling from the stands.

It wasn’t only the singers who got to show off their talent. Rahman’s piano and sitar jugalbandi with sitar player Asad Khan has wowed many an audience and it had the Mumbai crowd just as awed. Bass guitar prodigy Mohini Dey also jammed onstage with Ranjit Barot to create quicksilver rhythms on the bass and drums. But it was Rahman that everyone wanted more of, and there we were left wanting. 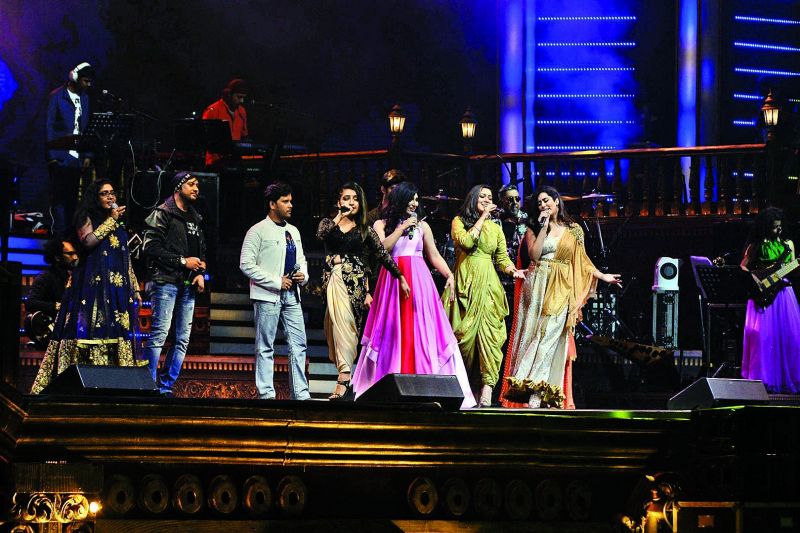 As the night progressed, it seemed as though the maestro was determined to take his audience down memory lane as he and his young group of singers jammed to an entire set of ’90s and early 2000 songs ranging from soul-stirring renditions of Tu Hi Re to foot-tapping numbers like Rang De and bluesy tunes like Saathiya and Masakali. The rest of his sets were also filled with 90s numbers like Dil Se, Dil Hai Chota Sa and O Hum Dum Suniyo Re.

Though the audience thoroughly enjoyed each of these numbers, it was surprisingly his Tamil songs that got them grooving in their seats and screaming for more. Earlier in the year, when Rahman had performed a largely Tamil playlist in London, the crowds of fans had walked away, leaving the stadium empty. So, it was heartening to see the Hindi, Marathi and Gujarati-speaking crowd screaming “once more” after Urvasi, Mustafa and Humma Humma.

The concert wrapped up on a high note with a standing ovation from an inspirational set that ended in Jai Ho and had the audience on their feet by the end of it. The disappointment, however, came afterwards, when the audience asked for an encore of Maa Tujhe Salaam. When A.R. tried to oblige his fans, the sound had already been shut off. With a philosophical shrug, the maestro walked off the stage followed by his entourage. This, along with a two-minute commercial break to promote the sponsors, was the only blot on an otherwise electric evening where music reached new highs.