These companies were in turn asked to upload on their websites the copyright assignment deeds along with the list of songs whose licence they own. 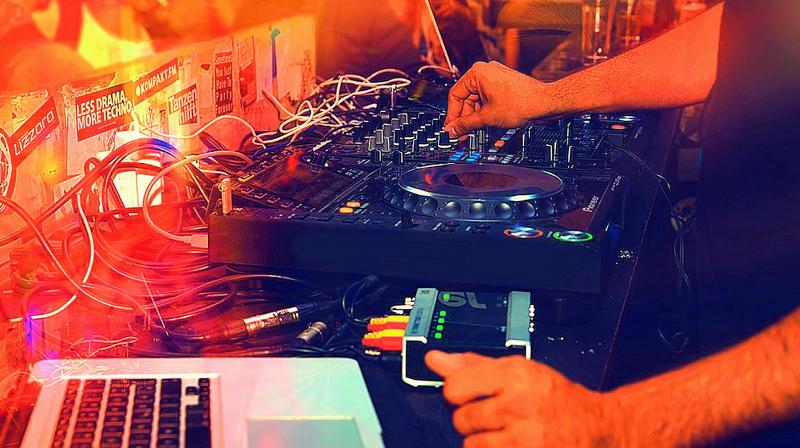 The need of the hour is to make establishments more aware about the procedures of, and the law on, using copyrighted music at events hosted on their premises.

An FIR has been filed against Courtyard by Marriott for copyright infringement based on a complaint registered by Novex Communications, which claims that the hotel was playing the song Kala Chashma — the rights of which were assigned to Novex by Zee Music — without paying for it. The same company has filed FIRs against many other five-star hotels as well. But are companies such as Novex, who do not create music, entitled to grant licences and monitor people and organisations on behalf of the copyright owners?

A Delhi High Court judgement, however, asked event organisers to pay royalty to one of these three — IPRS, PPL or Novex Communications, which hold the rights for the use of copyrighted songs. These bodies had argued that under Sections 18 and 30 of the Copyright Act, 1957, there is no bar on the copyright owner or his agent or an assignee from monetising copyrighted works. These companies were in turn asked to upload on their websites the copyright assignment deeds along with the list of songs whose licence they own.

A SERIOUS OFFENCE?
An official from Novex communications states that any establishment such as a hotel, pub, convention, banquet hall, mall and gym etc., needs to take an authorisation for using copyrighted music for events such as weddings receptions, sangeets, cocktail parties, award functions, get-togethers and birthday parties among other events. The official adds that even the events organised by the government obtain necessary licences since it is mandatory. “Using or playing copyrighted music without a necessary license is infringing of copyrights, which is a criminal offence. Criminal FIR has already been registered against Courtyard by Marriott and we have an injunction against Park Hyatt and Radisson Gachibowli. Due to their negligence, the owners of music companies have suffered huge losses,” says the official.

THE ONES ON BOARD
Mr Venu from Radisson Gachi-bowli, says, “Every hotel is facing the same problem with Novex. Some hotels pay the money, that is why the others are forced to pay.”

However, there are many hotels in the city that play music only after paying royalty. Abhinandan Mukherjee, Associate Director, Food and Beverage, The Park, says, “Awareness is very important. In India, we notice that a lot of people look for loopholes and then try to cross them. People who are doing a big event don’t mind paying for the music, but those with just 30 or 40 guests find it too high. I tell my clients that when you download a song or a ringtone, you pay for it. The same way you have to contribute to the royalty if you use a song. Piracy has to be stopped and we need to do our bit for curbing it.”

Prabal Chandra Srivastava, General Manager, Hotel Marigold By Green Park, says, “Hotels here are unaware, that such a body exists. Also, some feel it’s a legal body.  Hotels are liable to inform their guests,” he feels.

Advocate A. Santhosh Kumar, practising at the High Court, puts forth his view: “The original creator of the music holds rights to the work, but a music company can assign someone to collect royalty on their behalf. Companies like Novex act as mediators and are entitled to collect money being the assignee of the copyright holder. If you don’t agree with the price, then you don’t pay and you don’t play.”

OF ARGUABLE CONTEXTS
However, Neeraj Kumar Thakur, Secretary, Telangana Chamber of Events Industry (TCEI), feels that the issue is highly debatable. TCEI is fighting a legal battle against PPL, IPRS and Novex, he informs and says, “Novex is pressurising people to pay. If they file one case, all the hotels will be frightened. They say they have over one lakh songs on their list, but I want to use only four and for that I’m asked to pay a hefty amount. We as event managers are telling them to have a la carte approach.”

Prominent Intellectual Property Rights lawyer Ashok Ram Kumar, who has defended many hotels in their cases, explains, “The purpose of a copyright society is to collect royalty for events and after deducting their administrative cost give the balance to the Copyright owners. After the amendment in 2012, PPL and IPRS did not register themselves as copyright societies, thereby they relinquished the rights to collect money as a society. They very smartly came under Section 30. We ask them to show us under what provision do they have the right to collect money — they say section 30 of the Indian Copyright Act and we direct their attention towards Section 33, which says that no person or association can carry on the business of issuing or granting licences,” explains and adds, “Suppose you have to buy their songs for a party, where you play say 60 songs. But they ask you to pay for the repository of more than 9 lakh songs, even though you didn’t use so many. The point is demands are made without showing legal documents that they’ve the licence for a particular song and exorbitant amounts are demanded under the guise of collecting royalties.”

PROFUSION OF CONFUSION
Notably, Section 52 of the Indian Copyright Act mentions that religious functions are exempted. But the lines between public, private and religious events in a country like ours is almost non-existent. Talking about religious events, Ashok says on a concluding note, “Even religious events, like a sangeeth, which are exempted from Section 52  are not spared and the event is threatened to be stopped if the demand of payment is not met by the family. What option are they left with? Since the last four years, I have been challenging this usurious demand and levy under the pretext of Royalties.”

“You can’t play a disco song at a temple and say it is exempted and you won’t pay. The concept of defence of fair use depends on the context in which the music is played — it has to be relevant to the activity,” says  Santhosh. When contacted, Courtyard by Marriott failed to respond.