One guru, two gurus and many more

Today’s spectrum is wider, more motley and often in disarray. The line-up of gurus in one’s musical learning is long. 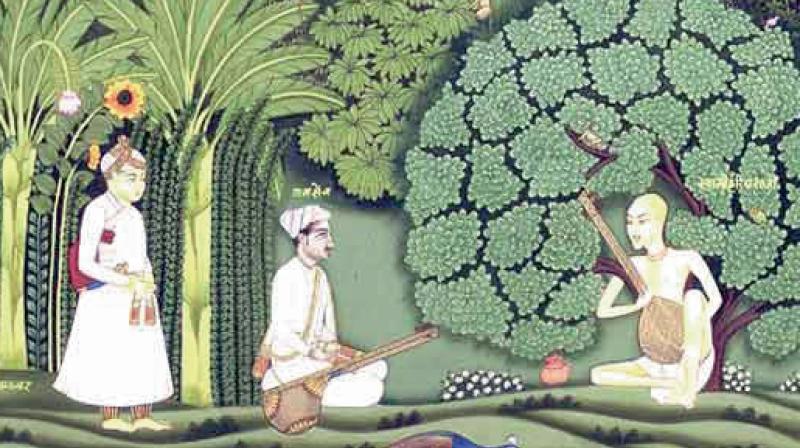 The guru was a trusted ally and one reposed immense faith in his or her acumen.

A fellow musician and I were reflecting on the nature of music learning today as we exchanged friendly notes, especially on the Guru Purnima that went by.

When we were in the early stages of music, it was one guru, one style. We went religiously to the same teacher, imbibed patiently, imitated, repeated, created and this cycle went on for many years. We attended concerts, listened to other styles. Slowly, gently over the years, the musical construct took shape in our minds and steadied itself. This kind of grooming gave time and space for music to evolve in our beings. For it needs to evolve both in one’s understanding of the genre and in one’s aesthetic landscape. It is a process that rolls out over time, over years, over decades. Then you perceive a raga, its shape, its meaning despite its abstract form. You fathom the beauty of the kritis. Next, you comprehend the import of manodharma or creativity, which is yours alone and not another’s. The amount of time invested in this process can never be undermined. The longer you spend in conscious learning, more the doors opened towards newer understanding and further questioning.

That apart, the relationship that one built with the teacher contributed in equal measure to this journey. You remained with one guru, usually, or made a transition when it was utterly unavoidable or in the natural scheme of things. A rapport was built and there was an unsaid pact in the learning process, which worked to the advantage of both the seeker and the guru.

This territory was sacrosanct, it was filled with awe, trepidation, personal connect, musical connect and an array of opposing emotions that strangely were not incompatible one with the other. In this diverse yet unified milieu, one grew musically, strengthening oneself in one style of music, which nevertheless was never averse to external influences. So your guru was one with whom you had a significant trajectory. You learnt many a kriti, many a raga, lived many an experience, walked many a path together. The guru was a trusted ally and one reposed immense faith in his or her acumen. And usually only when you were thus convinced, did the person become your guru. It was not uncommon to also have a ‘manaseeka guru’, one from whom you never physically learnt, but you inspires you, who you hold in esteem.

Today’s spectrum is wider, more motley and often in disarray. The line-up of gurus in one’s musical learning is long. One lingers with one guru for a year, flits to another, hops to the third. This scenario is not uncommon. The most popular one figures on the top list. Those that worked hard in chiselling the form, are conveniently forgotten, much to the dismay and disappointment of many hapless teachers.

From each, you learn an item or two or probably ten. It does not equate the earlier model of learning for several reasons. It is difficult to cultivate a solid style in the formative years when a firm anchor is missing. A variegated tableau makes absorption challenging. Each guru works with a musical design that may not match with previous acquisitions. Often, it is a process of unlearning and relearning. And then the inevitable ego clashes between individuals that make the process cumbersome. All this leaves the learner bewildered and groping. These feelings do not manifest themselves overtly. They are much represented in the musical presentation where this perplexity and lack of individuality is evident to the sound musical ear.

Of course, there are some sizeable advantages in having multiple teachers. However one can adopt and incorporate various elements in one’s style only after attaining a certain musical maturity. Do the early years not need more strength and stability? When the base is wobbly and precarious what structure will you build and upon what? But again such values are relative I suppose. Much like the question, “who is a guru?” I would rather leave it unanswered and open to reflection.