From creating metadata to producing music

The other fascinating session at ‘All About Music’ was a masterclass on audio production. 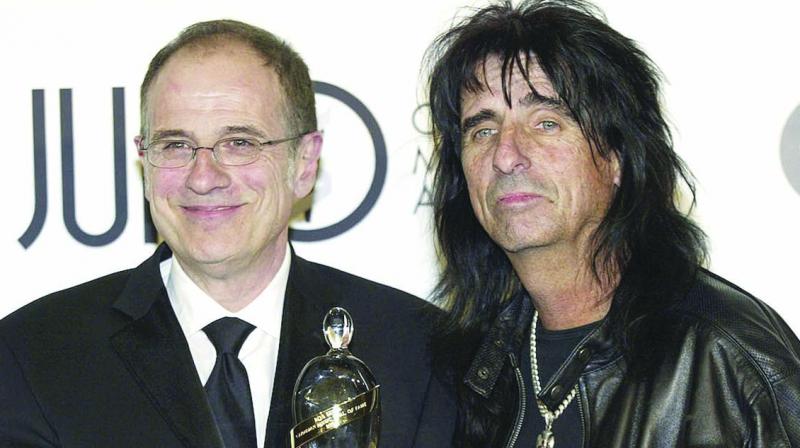 Do conferences really serve a purpose? For the purpose of networking, the answer is a comprehensive “yes” but often, year in and year out, you have the usual suspects featured as speakers who, in turn, rejig presentations from the past in a new avatar and expectedly foist them on to the unsuspecting audience. However, there are conferences that are exceptions, and it made the hefty registration price paid to attend this year’s ‘All About Music’ conference, held in Mumbai, worthwhile mainly for two reasons.

For starters, learning of a database service that permits Indian music streaming services and online media companies a facility to deliver a music search and discovery of Indian content. The service, known as Global Music Data, is promoted by Gracenote, a U.S.-based company purchased by Nielsen last year.

With its years of past experience, Gracenote is now launching its service for the Indian market, providing easier access to delivering advanced search, discovery, and navigation of somewhat cluttered and complicated regional content within the country and to the Indian diaspora across the world. Even if one was to consider film music catalogues, as against a backdrop of Western music catalogues being organised in a much simpler manner by way of primarily artistes, recordings, and albums, in India the task becomes more confusing with the “introduction” of playback singers who “substitute” for actors, and the inclusion of music directors who support innumerable lyricists. However, Gracenote’s proprietary ID system makes the search easier not only for audio tracks, but the search facility also cuts across music videos, films, linear TV, and VOD/DTH platforms. The value addition of Gracenote really is in making the content easier to search and discover by supporting key regional languages, commencing with Hindi, Tamil, Telugu, Malayalam, and Punjabi.

The other fascinating session at ‘All About Music’ was a masterclass on audio production. Hosted by legendary producer Robert Alan “Bob” Ezrin, who detailed the process of how he believes a recording should be produced. However, for me, the larger interest was understanding his interaction with artists such Lou Reed, Kiss, and Deep Purple, among others, who he has produced through the years. In tracing his history into the production world, Ezrin spoke fondly of his mentor, fellow Canadian Jack Richardson, best known for producing the likes of The Guess Who (the band behind the original American Woman), Poco (which provided Eagles their bassists, initially Randy Meisner, and current member Timothy B Schmit), and Night Moves by Bob Seger (a singer-musician who went onto co-write Eagles’ “Heartache Tonight”).

Ezrin’s first ever production work occurred on Alice Cooper’s Love It To Death album in 1971, although their first meeting was not ideal. “When I met the band for the first time,“ reminisced Ezrin, “I saw five creatures of undetermined sex. Further, their music was horrible!” Of course, since then, Ezrin embarked on a long-term collaboration that, by 1973, would see the release of Alice Cooper’s no.1 album, Billion Dollar Babies, the first album that I purchased of Cooper’s, and had the privilege of Ezrin providing his autograph on the CD booklet for me.

Ezrin also spoke most fondly of being involved in the production of the debut album from former Genesis vocalist Peter Gabriel — who I saw perform live in 1988 — whose self-titled debut album was released in 1977 (Gabriel would also name his next three albums the same as the first, ‘Peter Gabriel’). “We were in Prague during the Russian occupation,” recalled Ezrin, “a time when kids played in the park without sound…it was eerie…a time when soldiers roamed the streets with guns.” “We got to a town square,” added Ezrin, “and (Peter Gabriel) looks up and points to a building which simply had the following words written on it: Pink Floyd! Remembering that (instance) still provides me with goose bumps as it suggests that music starts revolutions.”

While I could go on exuding eloquence on this genius, Bob Ezrin’s musical prowess, what really was a surprise was his appearance at this conference had such a low-key promotion. Any follower of Pink Floyd and their music would be aware of his existence and his utility in enhancing Pink Floyd’s career, especially with Ezrin’s credentials including co-producing their albums, The Wall (Ezrin also signed on this CD booklet for me!), A Momentary Lapse Of Reason, and The Division Bell.

Nonetheless, this bit of personal disappointment should not take away from the takeaways of learning about new technologies and understanding the fine art of producing tunes.

The writer has been part of the media and entertainment business for over 23 years. He continues to pursue his hobby and earns an income out of it.