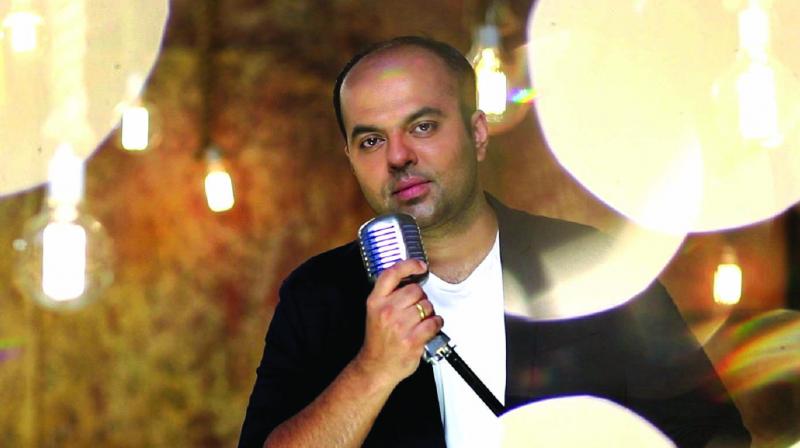 The world of music has always appreciated originality of an artiste, constant experimentation with their own styles, blending genres and sound to create something new that later becomes a process when an artiste tries to build up and make something of their own.

Ameya Dabli, is an innovator and a multi-award winning performer who takes us back to the rich heritage of music culture we have inherited from our ancestors.

Ameya’s musical journey started when he was seven, with a training of both western and Indian classical music. “I always wanted to perform semi-classical or light music in various languages like English, Hindi and more. My vision was to create music with a message, which led to the foundation of my company AD Ventures. I firmly believe that music is the strongest means of communication.” Thus, the  artiste is working on meaningful music that connects with people from all walks of life and can contribute towards the society.

Dabli’s pieces comprise of legendary poems of Mirabai, Narsinh Mehta, Khwaja Garib Nawab, Tukaram, Buddha and Guru Nanak and his style seems to be more relevant as it has global musical infusion such as Sufi, Hip-hop, Reggae and Opera.

Ameya has performed in over 1800 concerts across 20 countries which has over 500 weddings as part of it. “It feels really overwhelming when people at large, across age-groups and demographics appreciate your work and spur you to give your best at all times. An added advantage was that I was introduced to Sanskrit language speech and chanting of mystic hymns and shlokas at an early age. They are such a rich part of our Indian culture and tradition,” he voices with pride.

Being a social entrepreneur the renowned artiste has delivered his undulated musical albums, uncommon entertainment shows and enlightening workshops for corporate, NGOs and children.

The work that he does with NGO AIAPA helps in the adoption process of kids to the couples with no children. He quotes, “In such cases, my music and healing chants make them reconnect with themselves while helping them to forget the issues that they face for those few hours. Another interesting thing we do is perform chants for people suffering from attention disorders, schizophrenia etc.”

He also does pro bono concerts curated for Indian Armed Forces that render to the jawaans under his corporate label which conceptualise a sensational IP called Ekam Satt where the artiste says, “My true calling is to the service that I render to the jawaans of India. We organise concerts curated for the Indian Armed Forces to not just motivate them, but also propagate peace. The concert showcases the best of sufi, folk and contemporary world music. Being a certified therapist, I also conduct wellness workshops for the army personnel to help them in coping up with their situations,” concluding, “Me and my team try to alleviate people from their stressful lives.”