The rapper will perform a raw version of his otherwise peppy numbers for MTV Unplugged India. 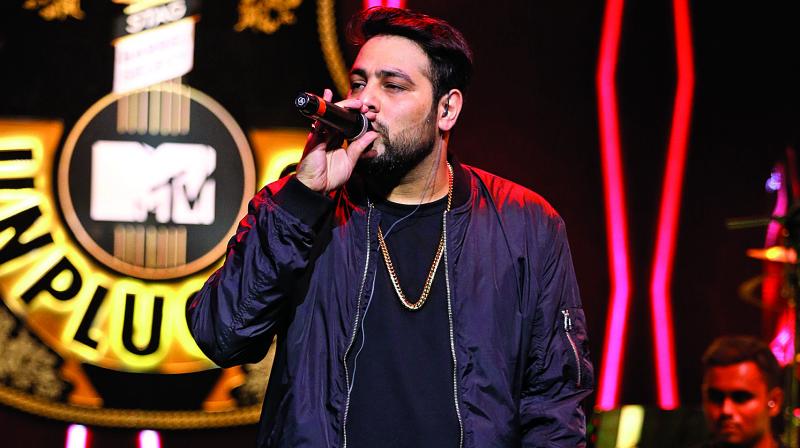 Rapper-writer Badshah stepped into the limelight with Proper Patola in 2013. Soon, he went on to chart a successful innings in Bollywood, rapping for movies like Khoobsurat, Baar Baar Dekho, and more recently, OK Jaanu and Badrinath Ki Dulhania. This time around, Badshah will perform acoustic versions of his rap songs like Kala Chashma and DJ Wale Babu at MTV Unplugged India. We talk to the performer about how he plans to trade his electronic instruments for an acoustic setting.

How are you planning to arrange your upbeat, party numbers as unplugged versions?
Here, the arrangement is live, and this lends the kind of energy that you wouldn’t achieve otherwise to the songs. I like the fact that there is no set format that one has to follow — you can play around with the songs.

You are performing a Garhwali folk number with Jubin Nautiyal. Please tell us about the collaboration…
Jubin actually came up to me and asked me to collaborate with him on the song. He will be singing while I focus on the rap. Indians have a huge misconception when it comes to rap. It isn’t just about heavy beats; it is about poetry. And my collaboration with Jubin (a rendition of a folk song) will be exactly that.

When you first got into the scene, the concept of the party song didn’t really exist. But you and Honey Singh really brought it to the forefront. How does it feel to be one of the pioneers of the party songs?
I never really thought of myself like that — it’s quite humbling to be called that. I just write songs about the atmosphere I grew up in. I think of myself as a reporter. I just rhyme my reports and give them a beat. (Laughs)

How did you get into rap music to start with?
I got into rap because I can’t sing. If I could sing, I’d be a singer. (Laughs) On a serious note, I like telling stories, and rap is a great tool to narrate stories.

Would you diversify into other genres of music?
Sure. In fact, I have done just that with my next album titled One. I have used reggae, jazz and even some rock music. Bollywood gives you a great platform, but you tend to get stereotyped. There’s not much room to experiment; you only get the kind of work that people think you are good at.