Kate has a eight-year-old son named Dani with ex-husband. 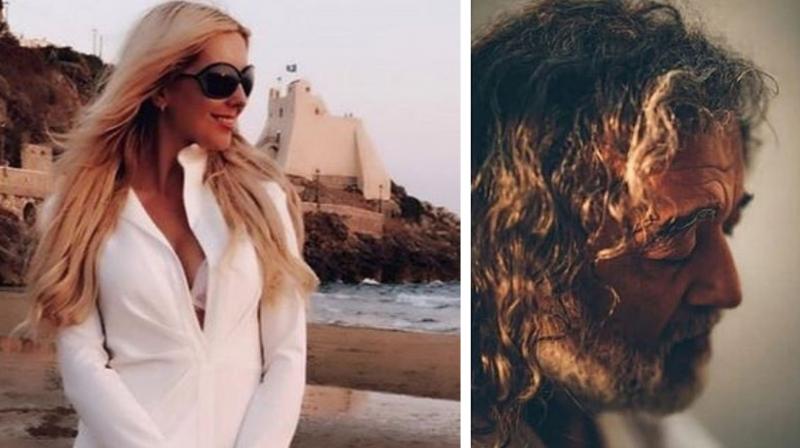 Mumbai: The voice of ’90s was that of Lucky Ali’s. From ‘O Sanam’, ‘Ek Pal Ka Jeena’, Aa Bhi Jaa’ he ruled everyone’s soul. But did you know this interesting that he is thrice married? The singer's third wife, former Miss England Kate Elizabeth Hallam married Lucky in 2010, as she had fallen in love with his personality. She spoke about her relationship and their failed marriage which broke in 2017.

In an interview with Times Of India, Kate revealed that she met Lucky when she was in the Middle East. Her friend predicted that she would have a family in India. She flew and that’s how she met Lucky whose actual name is Maqsood. “I was a foreigner in a new land, totally drawn by India’s beauty and mysticism... so, it felt right to get married when Maqsood proposed. At that point, I did not know who Lucky Ali was, nor his popularity in India, I had married Maqsood,” she said.

Kate said that ‘for a woman, it is hard when you get divided attention’. Lucky has been married twice before. His first marriage happened in 1996, to Meaghan Jane McCleary, and the second in 2000, to Anahita. Kate said that she was aware of the situation, but she knew that ‘they were not living together at that time’. She added, “Anahita and Meaghan are strong women, who I respect a lot. They, too, have been in the same situation and we have that in common. I like them for who they are and we are amicable with each other.”

She further added, “People think women are foolish to enter a marriage where there are other wives, but that is not the case. It takes a lot of inner strength to be in such a relationship and it taught me a lot, mentally and spiritually. I attained spiritual enlightenment from my experiences in India, it enhanced my faith. Talking about the equation we share today, there is regular contact, as we want the best for our son. There is no animosity.”

Kate has a eight-year-old son named Dani with ex-husband.